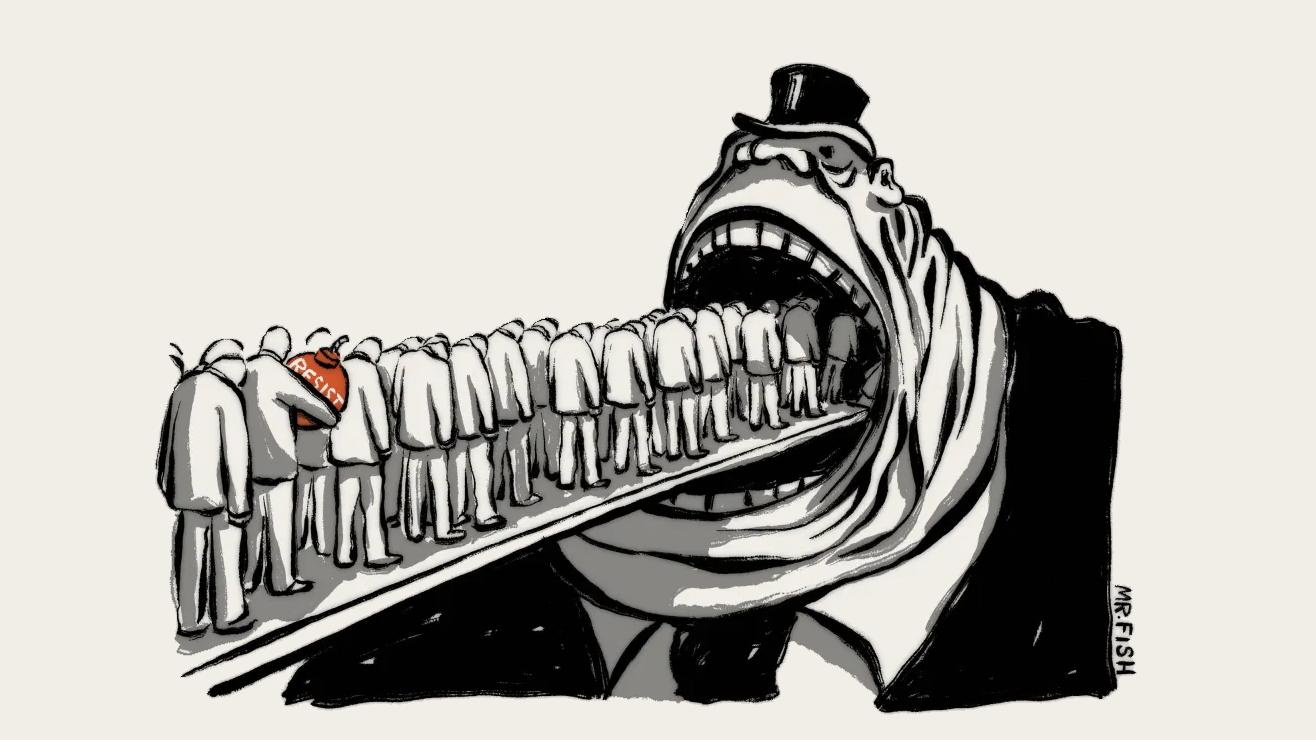 An estimated quarter of a billion workers in India went on strike today, protesting the government of Narendra Modi’s racist and “anti-people,” “anti-worker” policies. An estimated quarter billion Indians – roughly three percent of the world’s entire population – went on strike today across the subcontinent, protesting the government of Narendra Modi’s racist and “anti-people,” “anti-worker” policies. The protests were called by the Center of Indian Trade Unions (CITU) and are thought to be perhaps the largest in

END_OF_DOCUMENT_TOKEN_TO_BE_REPLACED MINNEAPOLIS -- (Analysis) Three scenes from America’s class war: In 1897, the president of Fulton Bag and Cotton Mills in Atlanta hired 20 Negro women to work in the folding department of one of the mills. The other 1,400 workers, all white, promptly walked off the job in protest. According the historian Philip S. Foner in his book Organized

END_OF_DOCUMENT_TOKEN_TO_BE_REPLACED WASHINGTON -- The Trump Administration and the media were positively giddy at the news: the U.S. had added 223,000 jobs in May, representing a record 92nd consecutive month of jobs growth, and reducing the unemployment rate to 3.8 percent, its lowest level since the height of the dotcom boom in 2000. “New Milestones in Jobs Report Signals a

END_OF_DOCUMENT_TOKEN_TO_BE_REPLACED Published in partnership with Shadow Proof. Yet more evidence that having a Wall Street-led recovery was a bad idea. The third installment in the Reuters series on post-crash Corporate America, called “The Cannibilized Company,” details a sad state of affairs for workers employed by large companies that turned to stock buybacks financed by

END_OF_DOCUMENT_TOKEN_TO_BE_REPLACED WASHINGTON --- Sam Walton opened the first Wal-Mart in 1962 in Rogers, Arkansas. Since that time, the retailer has made its way around the globe, shutting down small businesses and trampling on workers’ rights in its quest to deliver “everyday low prices.” Wal-Mart represents what Nelson Lichtenstein describes as the heart of “a new era of

END_OF_DOCUMENT_TOKEN_TO_BE_REPLACED

The latest coalition to emerge from the progressive grassroots issues ‘call to arms’ in order to revolutionize a system rigged against workers and families.