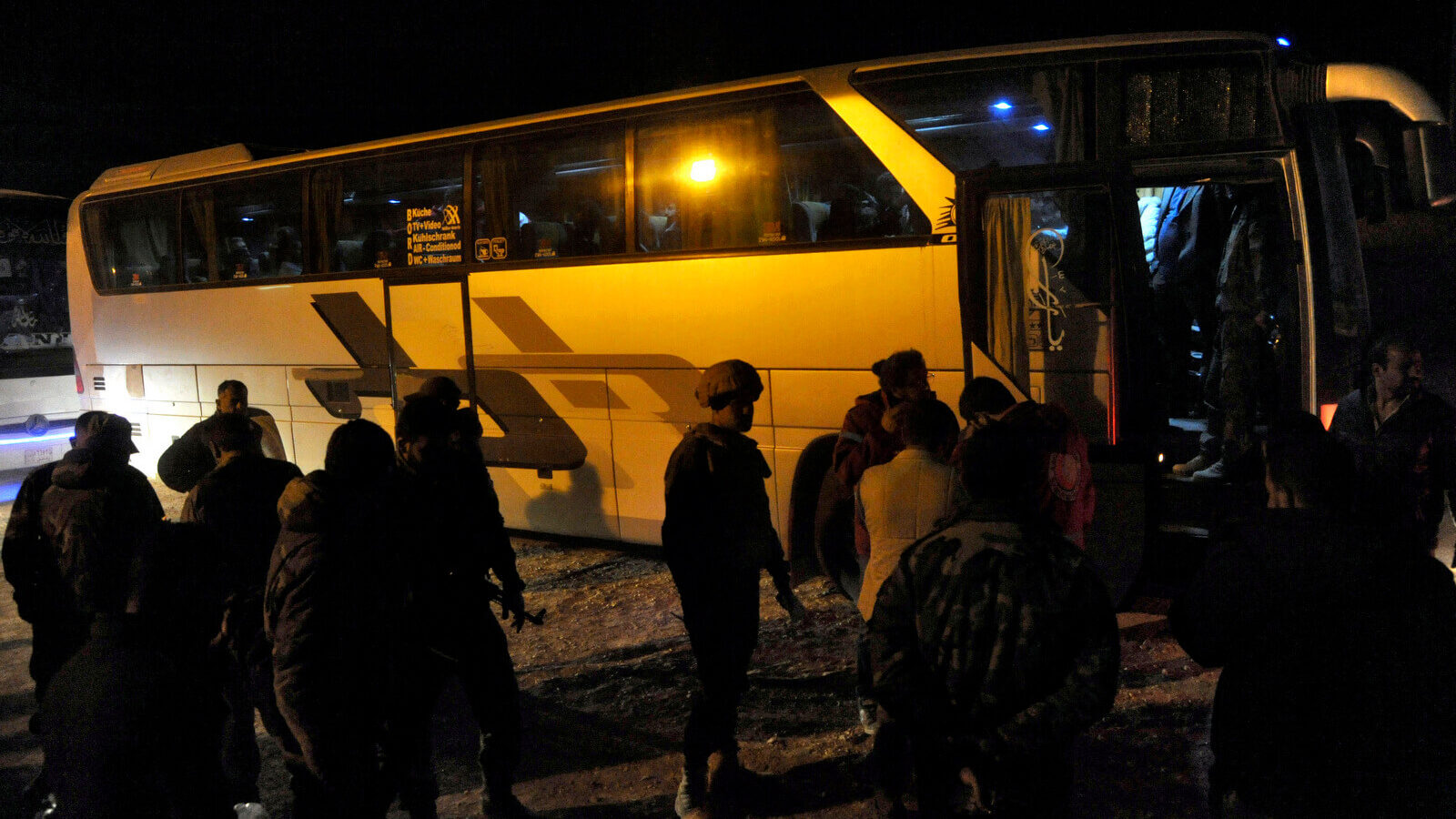 DAMASCUS, SYRIA — After over 400 members of the Syrian White Helmets were evacuated last weekend by the Israeli government, senior members of the controversial “humanitarian” group are now calling on the United Nations to oversee additional evacuations of the group.

The plea comes amid media reports in the Western press that not all White Helmet members in Syria’s south were able to participate in last week’s evacuation amid an ongoing Syrian military offensive in the area. Those reports claimed that “hundreds” of members of the group are now “trapped” in the quickly-shrinking rebel-held portion of Southern Syria, and as a result, are desperately seeking a way out.

While last week’s evacuations saw White Helmets members, as well as rebel militia commanders, evacuated to nations outside of Syria, the current evacuation request asks that White Helmet members in the South be transferred to the rebel-held Idlib province in Northern Syria.

Mainstream Western media outlets have noted for years that Idlib is dominated by al-Qaeda-linked rebels, namely al-Nusra Front, a group to which the White Helmets have been linked on several separate occasions. Furthermore, most recent evacuations of armed rebels from elsewhere in Syria, including Eastern Ghouta and other parts of Southern Syria, have seen those forces relocated to Idlib after negotiations with the Syrian government.

Speaking to Reuters by phone from Istanbul, Majd Khalaf — a founding member of the White Helmets — stated, “We want the UN or any international agency to remove the White Helmet volunteers from Daraa to Idlib so we can continue to work in the north of Syria.”

Khalaf failed to confirm how many White Helmets were still active in Syria’s southern provinces and in need of evacuation. Raed Saleh — the director of the White Helmets, who was denied entry to the U.S. for his links to terrorism — echoed Khalaf’s calls for international assistance in an evacuation of remaining White Helmets to Idlib.

Evacuation to the site of planned false-flag attack?

Notably, Khalaf and Saleh’s call for a transfer of White Helmets to Idlib comes after the Russian military issued a warning late last month that the White Helmets in that province were planning a chemical weapons attack to be blamed on the Syrian government. Russian military sources had cited eyewitness accounts by several local Idlib residents who had seen a convoy of six cars with White Helmets emblems — and a truck containing individual protection equipment, visual equipment, and seven rockets, as well as canisters filled with liquids — heading to the city of Idlib in late June.

The White Helmets have repeatedly blamed the Syrian government for using chemical weapons against its own people, but have been accused of staging those very incidents in order to justify Western military intervention in the country. Most recently, in eastern Ghouta, the White Helmets accused the Syrian government of using military-grade nerve agents against civilians, an accusation that led the U.S., U.K. and France to unilaterally bomb Syrian government territory. However, the UN-backed Organization for the Prohibition of Chemical Weapons (OPCW) has since released its report stating that no nerve agents were involved in the incident despite White Helmet claims to the contrary.

Furthermore, the controversial group — though treated as a heroic, volunteer search-and-rescue group in the Western press — has repeatedly been found to operate exclusively in areas controlled by terrorist and terrorist-linked groups; to assist terrorists in executing civilians; and to doctor footage as well as to use children, both dead and alive, in the production of pro-intervention propaganda. Such is the work that the White Helmets would likely continue if evacuated from southern Syria to the Idlib province.

Top Photo  | Syrian forces oversee the evacuation of rebel fighters in the eastern Ghouta to the rebel-held province of Idlib in northern Syria. SANA | AP