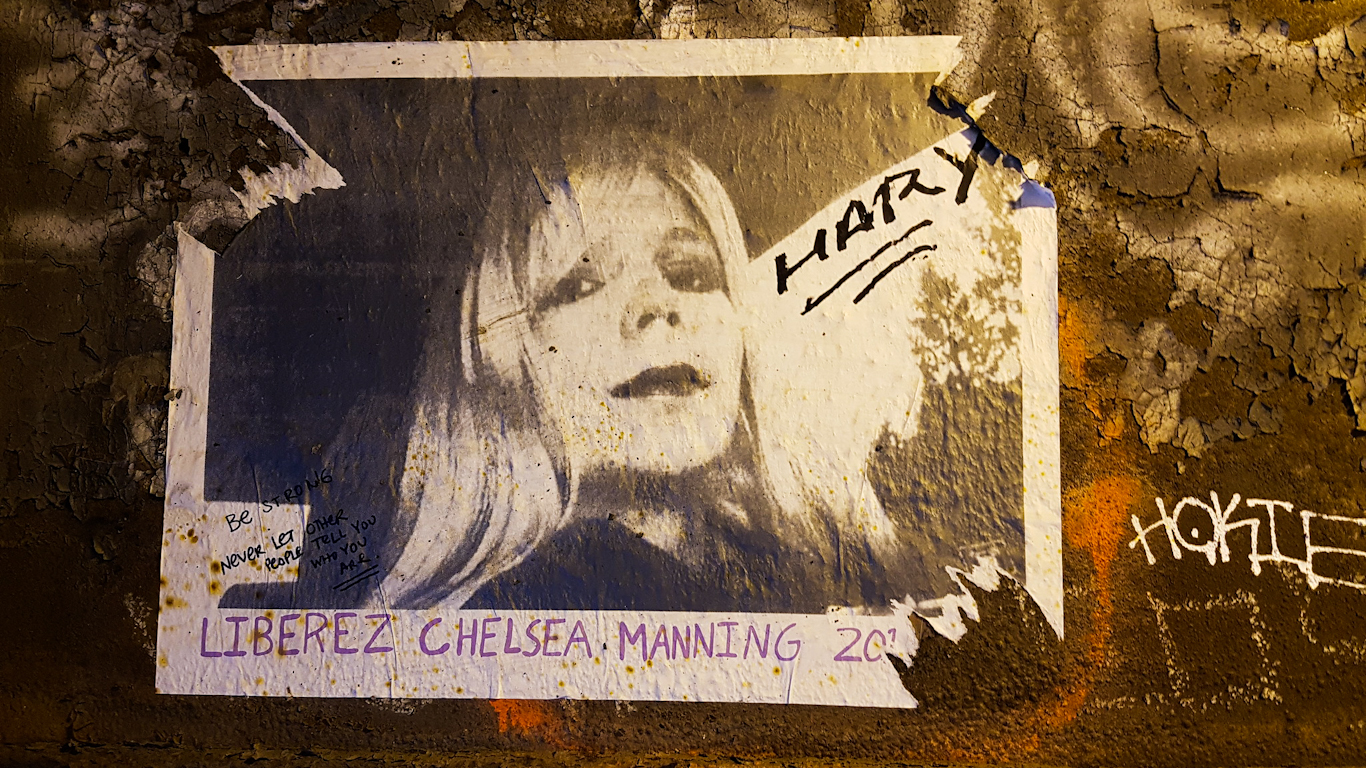 Manning has been in prison since May after a district judge ordered her incarceration for refusing to testify against Wikileaks co-founder Julian Assange.

Military whistleblower Chelsea Manning spent her 32nd birthday behind bars yesterday for continuing to refuse to testify against Wikileaks co-founder Julian Assange. She has been in prison since May after a U.S. District Judge ordered her incarceration for not recognizing the legitimacy of the grand jury. She tweeted that she was grateful for the support and the letters that she had been sent while imprisoned at the William G. Truesdale Adult Detention Center in Alexandria, VA.

Her lawyers have argued that the sentence is unlawful and merely punitive revenge from a state that wishes to make an example of her as a prominent whistleblower. Under federal law, a recalcitrant witness can be jailed only if there is a reasonable possibility that the incarceration will coerce them into testifying. However, Manning had already announced that she would rather “starve to death” than participate in the persecution of Wikileaks. As part of her punishment, she is being fined $1,000 per day and will owe nearly half a million dollars to the government by the time her 18-month sentence is over, something which may increase the likelihood that she is reincarcerated as she enters what the American Civil Liberties Union calls the “debt to prison pipeline” where those that cannot pay what they owe are sent to jail.

In 2013 she was sentenced to 35 years and had been kept in solitary confinement, almost universally recognized as torture outside of the U.S. and had previously endured a long hunger strike in protest of her inhumane conditions. One of President Obama’s final presidential actions in January 2017 was to commute her sentence. By 2019, however, she had been re-arrested. On Transgender Day of Visibility, March 31, many Democratic presidential nomination hopefuls, including Cory Booker, Amy Klobuchar, Bernie Sanders and Elizabeth Warren tweeted out messages of support to the trans community. But none addressed the plight of arguably the most famous transgender American at the hands of the government they wished to head.

Manning was sentenced for leaking the infamous “Collateral Murder” video, which showed U.S. military personnel carrying out a massacre of civilians (including two Reuters journalists), in cold blood, laughing at the carnage they were creating. Neither the army members who carried out the atrocity nor their superiors faced any consequences, unlike Manning, who was prosecuted for sharing the tape and labeled an “ungrateful traitor” by Donald Trump. In contrast, Amnesty International called her “one of the biggest human rights heroines of our age.”

Ungrateful TRAITOR Chelsea Manning, who should never have been released from prison, is now calling President Obama a weak leader. Terrible!

Her treatment closely mirrors that of others who have exposed the nature of the U.S. military and surveillance state to the public. Julian Assange, for example, is currently being confined in Belmarsh Prison, London, where he is being denied life-saving care, according to a letter signed by more than 60 doctors. Those doctors demand that he immediately be moved to a hospital for treatment. “Were such urgent assessment and treatment not to take place, we have real concerns, on the evidence currently available, that Mr. Assange could die in prison. The medical situation is thereby urgent. There is no time to lose,” they wrote. Assange is also still battling possible extradition to the United States.

Political comedian and MintPress contributor Lee Camp claimed that Manning and Assange are not being punished for treason but “for revealing war crimes and corruption. Most citizens want to know when their government is murdering people in their name,” adding that, “We owe Manning & Assange our undying gratitude!”

Most citizens want to know when their government is murdering people in their name. We owe Manning & Assange our undying gratitude!

Meanwhile exiled NSA whistleblower Edward Snowden, who revealed to the public the depth of the state spying operation the U.S. government is conducting against its own citizens, claimed he would “likely die in prison for telling the truth” if he ever set foot again in the United States. Speaking with Democracy Now’s Amy Goodman, Snowden condemned the treatment of Manning and Assange, claiming that the U.S. government’s war on whistleblowers is now a “war on journalism.”

Today is sister Chelsea Manning’s birthday. Celebrate with us and send her a letter! -AC @xychelsea pic.twitter.com/izC2e1l6Gy

Although Manning’s sentence should end in late 2020, her own case shows how those who challenge the U.S. government are subject to cruel and unusual persecution, so her supporters remain concerned for her safety, health and freedom. Supporters are attempting to organize a letter-writing campaign to her in order to keep her spirits up.