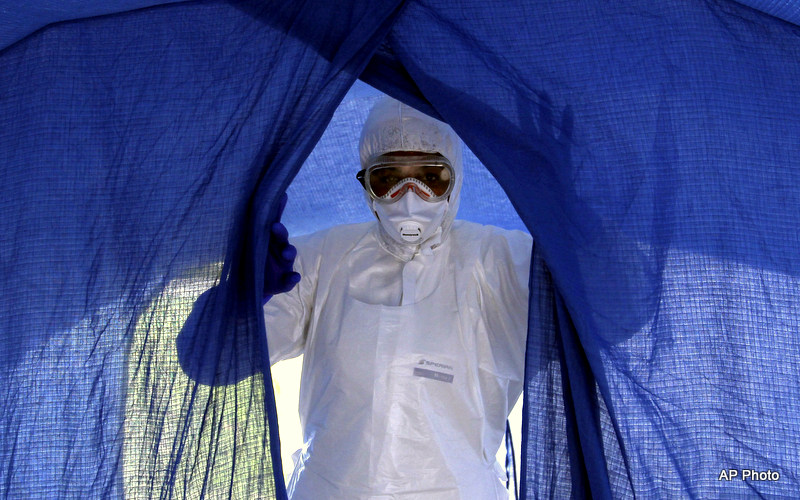 While America Sends Troops To Fight Ebola, Cuba Sends An Army Of Doctors

Jean Marie Le Pen, founder of France’s right-wing Front National party, stated in May that Europe’s immigration problem would be solved if the Ebola virus were to resurface. Rising xenophobic attitudes in Europe, fuelled by political agendas, have resulted in the detachment of immigration from the ramifications of colonial and imperialist violence in Africa and the Middle East.

As scaremongering about demographic changes was retained to influence the outcomes of elections in the European Union – a common feature of exploitation – Le Pen deemed a deadly virus a solution: “Monseigneur Ebola could sort that out in three months.”

Now that the outbreak of the Ebola virus in West Africa has proven difficult to contain, Western countries are primarily concerned with separating the political aspects from the humanitarian ones. Political responsibility for the exploitation of people and resources in Africa is being diminished in order to promote a distant projection of humanitarian concern which does not go beyond the rhetoric of borders.

Statistics distanced from tangible consequences have created the usual scenario whereby Africa is marginalized and deaths in African countries are treated as a regular occurrence.

Hence, the spread of disease features as a problem only when non-African individuals suffer an identical fate. At that point, Africa features within the parameters of marginalization, as U.S. imperialism prioritizes long-term projects with other imperialist allies, while the death toll rises unhindered.

The United Nations has appealed for $1 billion to fight Ebola – as of Friday, only 25 percent of that goal had been funded. The U.S. has donated $156 million and indulged in the militarized approach to overseeing humanitarian tasks – a process that has been previously deployed within the context of humanitarian disasters and which served only to expand American imperial conquests under the guise of humanitarian aid.

The World Health Organization has specified the urgent necessity of addressing the disease outbreak. This call has been echoed in insignificant statements from President Barack Obama: “We are not moving fast enough. We are not doing enough. Right now, everybody has the best of intentions, but people are not putting in the kind of resources that are necessary to stop this epidemic.” However, Obama is guilty of an omission – one that imperialists continuously neglect in order to maintain oppressive policies against anti-imperialist internationalism.

Clearly, political priorities and health care efforts — within an international context, in this case — stand in contrast to Cuba’s consistent internationalist efforts. Since the inception of the July 26 Movement headed by Fidel Castro which eventually led to the collapse of the U.S.-backed Cuban dictator Fulgencio Batista, education and health care have been the top priorities of the revolutionary government. The commitment to these fundamental necessities has not wavered over the ensuing decades. Rather, the Cuban Revolution’s internationalist stance has constantly sought to impart its expertise in both areas to other nations both within the region and across the world.

Addressing the U.N. General Assembly in 1979, Fidel reserved scathing commentary for imperialist exploitation resulting in inequalities that trigger severe consequences: “There is talk of human rights, but it is also necessary to speak of the rights of humanity … It is not possible to speak of peace in the name of tens of millions of human beings who die yearly of hunger, of curable disease throughout the world.”

Since September, Cuba has been actively contributing to fighting Ebola in Africa by sending specialized medical teams to aid in combating the disease. The foundations for such immediate internationalist efforts may be gleaned from the diverse concept which Cuba has applied to health care workers — professions that are, first and foremost, based upon dedication, learning, the imparting of knowledge and internationalism. Cuban doctors are now present in Liberia, Sierra Leone and Guinea, after receiving intensive training in a simulated environment prior to their arrival in West Africa. As pleas for further aid were made, Cuba increased the number of epidemic specialists in the region to 461, creating a contrast between countries pledging financial aid devoid of immediate humanitarian value.

Steve Brouwer’s 2011 book, “Revolutionary Doctors: How Venezuela and Cuba Are Changing the World’s Conception of Health Care,” provides a thorough insight into the differences between a medical system based on socialist solidarity and one based on imperialist profiteering.

The triumph of the Cuban Revolution resulted in elites abandoning the island, including many professionals who sought to maintain their prestige by practicing medicine in the United States. However, revolutionary consciousness was swiftly absorbed by the Cubans, thus creating a difficult process of rebuilding and rethinking health care into a unified stance in favor of dignity.

Ernesto Che Guevara, himself a doctor, maintained a concept of medicine within the framework of revolution that was expressed during a speech on Aug. 19, 1960, 18 months after the revolutionary triumph. Remarking on the differences between doctors prior to the revolution and the newly-ingrained revolutionary consciousness of the masses, Che stated that while elitist medical practitioners would have scorned the idea of travelling to Cuba’s rural areas to better distribute services, educated campesinos “would have run, immediately and with unreserved enthusiasm, to help their brothers.”

In 1999, years after Che’s murder at the hands of the CIA, Cuba opened an international medical school in Havana. Escuela Latinoamericana de Medicina (Latin American School of Medicine) is officially recognized by the WHO. Based upon the Cuban model of medical practice, the school is open to students across the world, many of whom come from backgrounds that would have prevented them from pursuing a medical profession in their home countries due to high educational costs. A quote by Fidel outside the school reads, “This will be a battle of solidarity against selfishness.”

The Cuban model, which provides free education, in this case concerning the medical profession, is based upon the imparting of knowledge and students’ willingness to relinquish elitist privilege, committing themselves instead to working in rural areas, undertaking specialized research pertaining to particular diseases in particular areas, and also imparting the knowledge gained to other providers within the community in which they would be serving. The process of imparting knowledge and subsequent community participation has provided Cubans and Cuban-trained doctors with an example of internationalist solidarity that enables Cuba, despite constraints, to remain at the helm of providing assistance, thus superseding imperialist powers whose stale rhetoric remains confined to press conferences and propaganda.

As in previous scenarios, Cuban internationalism is not about the dynamics of political and military incentives. And as articulated by Fidel within the context of the humanitarian disaster faced by Haiti: “We send doctors, not soldiers!”