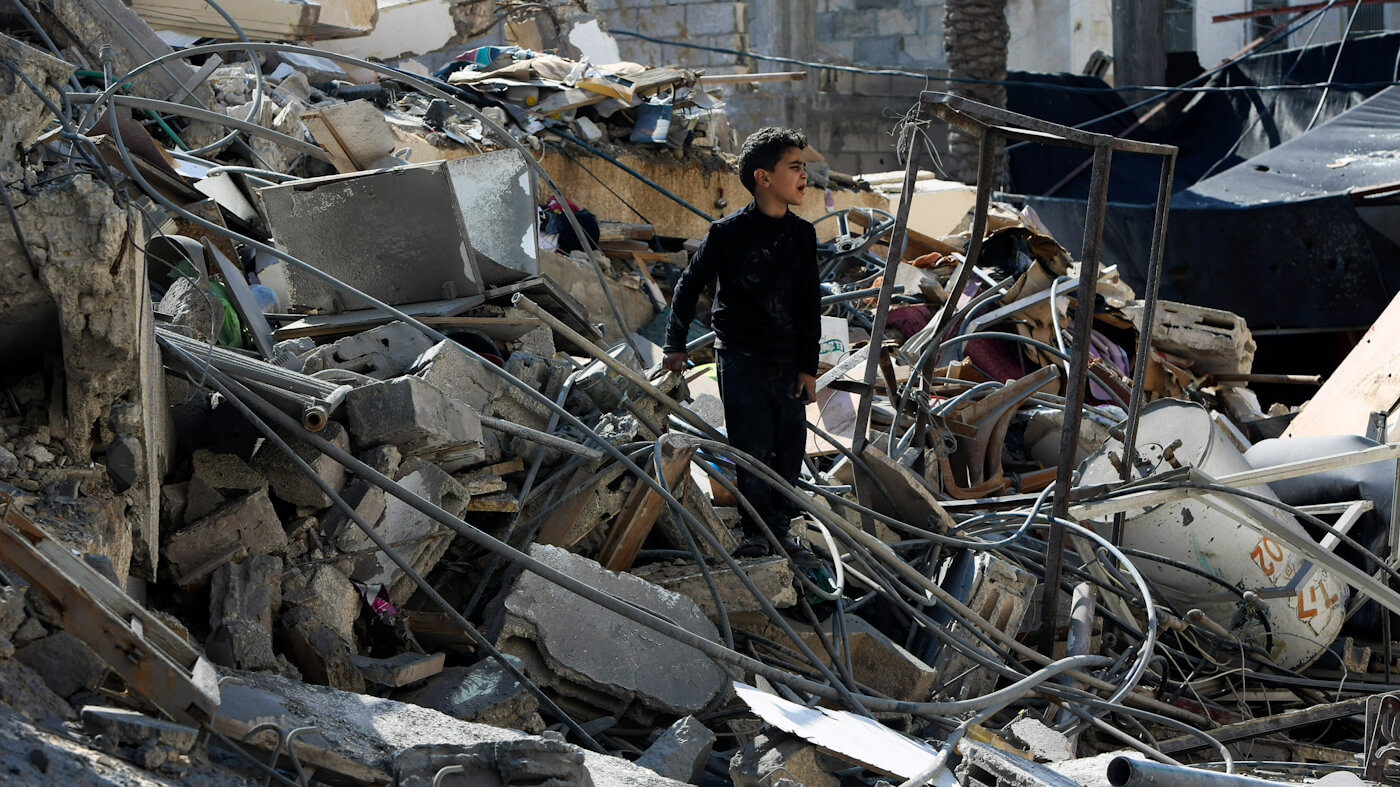 There will be hope when politicians like Bernie Sanders will have the courage to call the ethnic cleansing, genocide and apartheid — all crimes that Israel perpetrated and continues to perpetuate to this day — by their real name and not describe them as merely “extremely unfair.”

JERUSALEM — “Palestinians are being treated extremely unfairly.” This quote by Senator Bernie Sanders (I-VT) came to mind as I was watching the documentary film 1948: Creation and Catastrophe. The terms “fair” and “unfair,” and even “extremely unfair,” come to mind when children quarrel on the playground, or maybe in a family feud when parents are treating one of the siblings in a way that is “extremely unfair.” Not so when discussing a national catastrophe.

When we view what Zionists have done to Palestine, when we understand the sheer magnitude of what was done to Palestinians, no term short of “catastrophic” seems appropriate. In the documentary itself, wonderfully directed by Andy Trimlett and Ahlam Muhtaseb, Dr. Farid Abdel-Nur of San Diego State University asks:

Was the establishment of the State of Israel so important, that no matter what price Palestinians had to pay for it, it was worth it? Or was there something fundamentally wrong with a project that can only be realized by displacing hundreds of thousands of people?”

He ends by saying, “If the establishment of the state of Israel was a historic wrong, then the question now arises, how does one redress this wrong.”

No expression of hope

Abu Ramzi was born and raised in Yaffa and he lived the 1948 catastrophe. He remembers Yaffa well. “What is missing in this film,” he said to me a few days after viewing it at in Washington, “it does not show how we used to live together.

Only the conflict and the bombing, but we used to live side by side, the Jews and the Muslims and Christians.” He was unhappy that the movie focused on the tragedy and left no room for hope.

Palestinian refugee Abdul Ghafour Abdulrahman, 85, who witnessed the “Nakba,” or “catastrophe” poses in front of a mural in the Kalandia refugee camp, June 18, 2014. Muhammed Muheisen | AP

“People from the outside who will see this film,” Abu Ramzi continued, “will not understand that the only solution is one country, one state with all of us living together again without the strife.” This documentary shows us how — as the late Yoram Kaniyuk, a veteran Israeli writer and journalist who is interviewed in the film extensively, put it — “the whole tragedy was there in one moment.” He was describing what he saw as a young soldier who participated in the ethnic cleansing of the Palestinian cities of Lydda and Ramle: “Here are the Arabs who used to live there, and here are people who came from Auschwitz and Majdanek, and they won, they took the city.”

Kaniuk ends his description of this immense human drama by saying, “and it’s not that it was right or wrong; it’s just a fact.”

Kaniuk was one of Israel’s leading writers and journalists. Though considered progressive by many, he could not bring himself to say that what was done in Palestine, and particularly in Lydda and Ramle, was categorically wrong. He described what he saw with his own eyes, how survivors of the Holocaust who were brought by the Zionists from Europe were promised a life and a future in a mythical, rather than a historic homeland.

Then these survivors were practically dropped off the trucks and told to move into the empty homes, their rightful owners having been evicted only hours before. The Jewish survivors were given homes of Palestinians who had just gone through an experience that, while perhaps not identical to their own, was similar in the intent of the perpetrators and is certainly tragic and traumatic. We saw over and over how, when the Jews came into the Palestinian homes, “the coffee was still sitting on the table, hot.”

Another Israeli voice in the movie is that of Mordechai Bar-On. Bar-On is a well known Israeli historian and former IDF Chief Education Officer. He is moderate, even progressive by Zionist political standards. He too participated as a young officer in the 1948 crime of ethnic cleansing of Palestine, yet he says clearly that he has no remorse. He recalls an instance where he shot and killed a Palestinian attempting to return to his land and he says, “I have no remorse; I had to do it.”

Bar-On also admits that the plight of the Palestinian refugees is a terrible tragedy but adds he does not want them to return because “Israel cannot afford it.” If the refugees return it will no longer be a country in which “I want to live.” Apparently, that in itself is a good enough reason to keep 5.5 million people in refugee camps — so that Israelis will have a country in which they want to live.

Most of the Israelis who participated in this documentary were on the left of the political scale in Israel. Almost all of them express empathy to the plight of the Palestinians. One even says it reminded him of what he experienced as a Jewish boy in Poland from the Germans during World War II. However, they stop short of condemnation. Israelis by and large — be they on the left, right or center of the political map — refrain from condemning the horrific crimes that began in 1948 and continue to this day.

My friend Abu Ramzi was right when he said the movie presents no hope. It is because under the current conditions, when the Israelis have all the rights and live at the expense of Palestinians, there is no hope.

Hope does exist, but only in a post-Zionist Palestine. When politicians like Bernie Sanders will have the courage to call the ethnic cleansing, genocide and apartheid — all crimes that Israel perpetrated and continues to perpetuate to this day — by their real name and not describe them as merely “extremely unfair.”

Abu Ramzi knows, as many do, that there is hope in a free Palestine, a Palestine where people are equal with one set of laws for all citizens, and where the right of the refugees to return is viewed as a blessing and an opportunity, not an inconvenience.

Feature photo | A Palestinian boy searches for their family’s belongings amid the rubble of his destroyed home that was destroyed in an Israeli airstrike in Gaza City, March 27, 2019. Adel Hana | AP