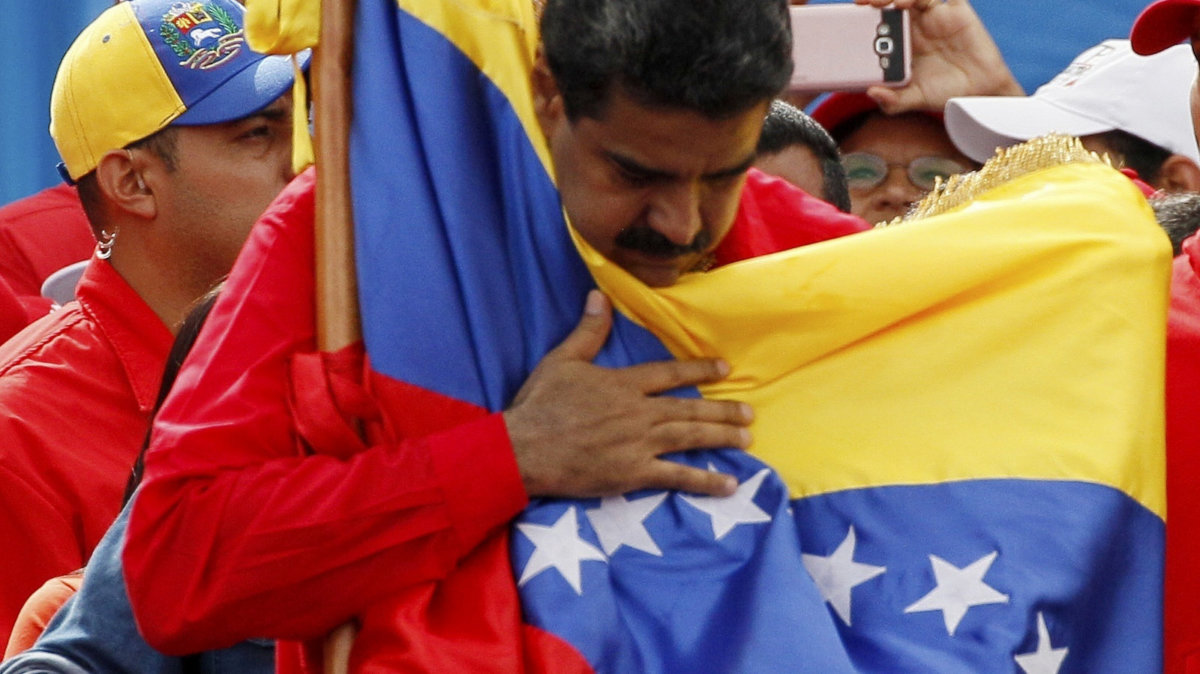 Venezuela Will Increase ‘Anti-Imperialist Defense’ Against Threats from the US: Maduro On Thursday Venezuelan President Nicolas Maduro highlited the necessity of preparing against a possible military action toward Venezuela in order to defend the country’s sovereignty, speaking as Latin American military leaders meet with U.S. Southern Command in Lima, Peru, following threats of a “military option” to be considered against Venezuela by U.S. President Donald Trump.

The Bolivarian Government has the “obligation to defend the nation’s sovereignty,” Maduro said. He added that while he does not feel an attack would come in the form of a “classic military invasion,” it is possible that the Venezuelan Armed Forces could be attacked “from within,” in order to create a situation of “ungovernability” justifying an invasion.

Maduro also said that a blockade preventing the arrival of food and medicine to the country could be used to exacurbate crises before a potential invasion.

Venezuela must “prepare itself not to be surprised” in the case of an attack, Maduro said. “We must have the capacity to respond with firmness and the fierceness to fight, weapons in hand, if we have to defend the sacred land of Venezuela.”

Referring to this week’s meeting between U.S. Vice President Mike Pence and Venezuelan opposition leaders in Miami, Maduro said that “a meeting like never before between U.S. Vice President Mike Pence and a group of fugitives from the Venezuelan justice system was held yesterday. At the meeting table there were people involved in serious terrorist offenses; serious crimes against the integrity of the nation.”

“We have an obligation to increase military power for the defense and guarantee of national, South American, and Caribbean peace,” he continued. Emphasizing the to refine Venezuela’s self-defense capability, Maduro said that they will develop a “sovereign and anti-imperialist defense, popular and continental.”

Venezuela, he said, has never had militaristic or interventionist intentions unlike the “imperialist powers” that “use a world map in their meetings to plan the use of force against nations posessing vital resources.”