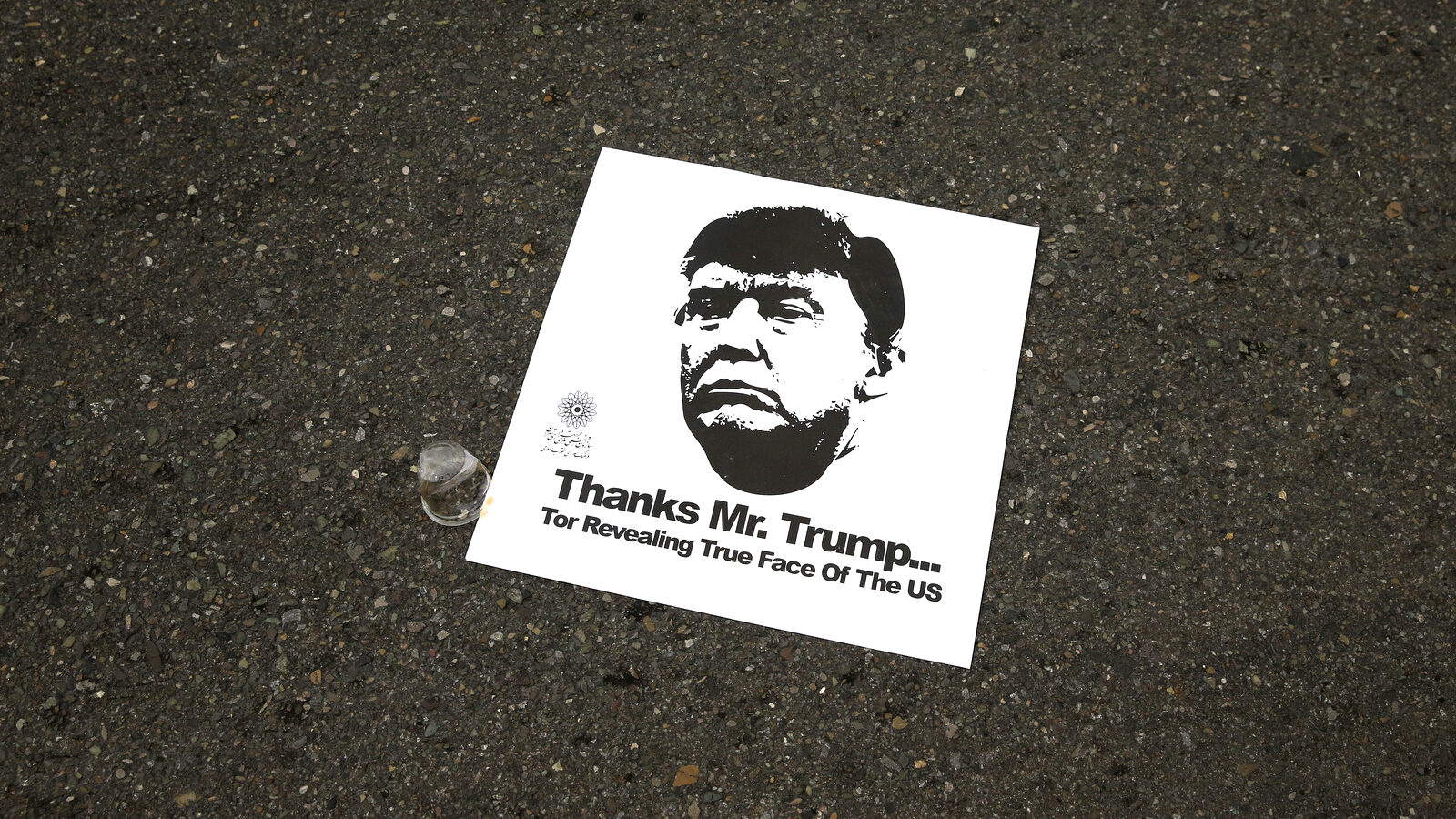 US Sanctions Are A Symptom Of A Failing Empire

A combination of major economic and geopolitical shifts in the balance of power away from US dominance has prevailed for the past seven decades and is key to understanding American-imposed sanctions.

On July 26, 2017, the US Congress overwhelmingly approved a Bill providing for fresh sanctions against North Korea, Russia and Iran. The passage of this Bill , and its level of support in the US Congress, is instructive on a number of levels.

The first point is that the US, or more accurately factions within the US establishment, are prepared to pursue policies irrespective of the lack of an evidential foundation; run counter to the interests of its supposed friends and allies, and completely lacks any knowledge of or reference to historical realities. The net result of the latest sanctions is to create a singularly dangerous situation that could very easily lead to a nuclear war. Contrary to the bizarre beliefs of some US policy makers, there would be no winners in such an outcome.

These points may be illustrated by reference to the sanctions applied to Iran. For years, the rhetoric from the US and its close ally Israel was that Iran was on “the verge of developing a nuclear bomb”. For more than a decade, the Israel government was saying that Iran was “only months away” from such a development. That the deadlines came and went without incident did not deter the repetition of what were manifest falsehoods.

Israel’s Prime Minister Netanyahu appeared before the UN General Assembly brandishing a cartoon depiction of the alleged “imminent threat”. The western media largely omitted to mention the fact that it was Israel that was the Middle East’s sole nuclear power; that Israel was not a signatory to the nuclear Non-Proliferation Treaty; and that it was Israel that consistently refused to allow inspections by the IAEA of its nuclear facilities.

Israeli Prime Minister Benjamin Netanyahu uses a red marker as he draws on a diagram of a bomb while describing his concerns over Iran’s nuclear ambitions during an address to the United Nations General Assembly. (AP/Seth Wenig)

To head off the prospect of the constant anti-Iran propaganda escalating to an attack by the US and its allies upon Iran, the Russian government was instrumental in achieving an agreement in 2015 that prevented an alleged non-existent nuclear weapons program becoming a justification for war. The recent historical example of Iraq was illustrative of how constant demonization, undermining by sanctions, and overblown false allegations of nuclear and other weapons of mass destruction could quickly lead to the utter devastation of a previously prosperous nation.

The lessons that should have been learned from Iraq, Libya and Syria are determinedly ignored by the western media that is currently beating the drums of war over North Korea, again ignoring history, logic and military realities.

The Joint Comprehensive Plan of Action (JCPOA) negotiated in 2015 and agreed by the participating parties, including the United States, provided an instrument through which it became virtually impossible for Iran to become a nuclear-armed power. The mechanisms for ensuring compliance included regular IAEA inspections, and six-monthly reports certifying Iran’s compliance. Those reports went to the US Congress.

For the Americans and their allies however, it was not enough. Although the JCPOA deprived them of an immediate casus belli for war, the anti-Iran rhetoric continued non-stop. One example of the false propaganda was the constant claim that Iran was a supporter of Shia groups, intent on fostering terrorism and destabilization across the Middle East and elsewhere.

A poster on the street with a portrait of U.S. President Donald Trump and a sentence referring to a quotation of Iranian Leader Ali Khamenei in Tehran, Iran, Feb. 10, 2017. (AP/Vahid Salemi)

This allegation bore no resemblance to the facts. The US Carnegie Foundation, for example, in a report entitled “Iran’s Small Hand in Yemen” criticized the depiction of Iran as supporting “Shia rebels” against the forces supporting the deposed President Hadi. The reality is that Hadi was a dictator, elected in an election where he was the only candidate, and whom popular opposition forced him to flee to Saudi Arabia.

The Houthis, who are the main opposition to Hadi, are Zaidi Muslims, much closer theologically to the Sunni branch of Islam than they are to predominantly Shia Iran. The brutal war currently being waged on Yemen is led by Sunni Saudi Arabia, supported by the UK, US and a heavy involvement of mercenaries, including Australians, about which the Australian government is silent. The reality has more to do with Yemen’s strategic location overlooking the narrow outlet from the Red Sea to the Arabian Sea and its massive oil reserves coveted by the Saudis than it does with any alleged Iranian support. Djibouti, across the strait from Yemen, has similarly attracted US and Chinese strategic involvement, without as yet being ravaged by war.

Iran also offers political and moral support for Hamas in Palestine, Muslims in Kashmir and the Rohingya in Myanmar, all of whom are overwhelmingly Sunni. The feature they all have in common is that they are repressed and subject to genocidal policies by other political and religious groupings.

The Trump administration is demonstrating the truth of President Putin’s observation about the previous Obama administration, that they “are not agreement capable.”

Trump told the Wall Street Journal “if it was up to me I would have found (the Iranians) non-compliant 180 days ago” (when he was sworn in). According to an article in the US Journal Foreign Policy Trump threw a tantrum in the Oval Office and berated his three senior foreign policy advisers (Tillerson, Mattis and McMaster) for not having found a way to claim that Iran was in breach of the provisions of the JCPOA. The New York Times ran a similar story.

In fact it is the United States that is in violation of the JCPOA, both the letter and the spirit of the agreement, and also of UN Security Council Resolution 2231 (2015) that approved the agreement. Article 29 of the JCPOA commits the US to refrain from any policy intended to affect the normalization of trade and economic relations with Iran.

The latest round of sanctions, and the bellicose rhetoric accompanying them are manifestly not in compliance with Article 29.

Among the many falsehoods asserted against Iran is the claim that Iran’s missile tests are a violation of the JCPOA. There is nothing in the agreement that inhibits Iran from developing a self-defence capability, including the use of anti-aircraft and anti-missile technology. That is also a right enshrined in the UN Charter.

Iran took delivery of the Russian made S300 anti-missile system in 2016, also in pursuance of its right to self-defence. Given the bellicose threats made against Iran on an almost constant basis; the two recent incidents of “warning shots” being fired at Iranian vessels by US Navy ships operating close to Iran’s territorial waters; and the recent history of American actions in Iran’s neighborhood, self defence measures are at the very least a prudent course of action.

Iran’s compliance with the terms of the JCPOA has enabled action in another area arguably more important than military self-defence measures. Rapid progress has been made by Iran in strengthening its economic ties to China, India and Russia. Memoranda of Understanding worth $40 billion have been signed with Russia or Russian companies. The Russian company Gazprom has signed a multi-billion dollar deal to develop Iran’s Farzad B gas field. Gazprom is also helping to develop the Azar and Ghanguleh oil fields in Lurestan province where there is an estimated 3.5 billion barrels of oil reserves.

Iran similarly has $7 trillion in natural gas reserves. The $200 billion needed to develop those reserves will come from Russia, China and other non-western sources. Iran has announced that it will give preference in infrastructure and other development deals to those nations who were supportive through the years of sanctions and other forms of warfare.

China, that is currently building a high-speed rail link between Mashad and Tehran (to link with other Central Asian lines) sees Iran as a key player in its massive Belt and Road Initiative (BRI) that is transforming the Eurasian economic and geopolitical landscape.

Iran is similarly a key player in the North South Transportation Corridor that links India via Iran and Azerbaijan with Russia, transporting goods at a fraction of the cost and time of existing conventional routes that are vulnerable to US Navy interference.

Also of major significance is Iran’s associate membership of the Shanghai Cooperation Organisation, with full membership highly likely in 2018. The SCO is a central component of the BRI with ever growing trade and security links with the Russian initiated Eurasian Economic Union (EEU). Russia is the common denominator of BRICS, the SCO, the EEU, the SCO and the NSTC. The countries in these four groups, as well as other nations (now more than 60) who have joined the BRI, are increasingly trading in other than dollar denominated arrangements. The days of the US dollar’s dominance are clearly numbered.

It is this combination of major economic and geopolitical shifts in the balance of power away from US dominance that has prevailed for the past seven decades that is the key to understanding why the Americans are reacting in the desperate, dangerous and irrational manner that they are. It is the classic end of empire syndrome. One hopes that the adults in the room will constrain the US from traveling further down a path that could spell the end of humanity.

This work by the New Eastern Outlook licensed under a Creative Commons 3.0 International License.