Two seemingly unrelated items hit social media recently and both received a lot of attention. The first was an article by Peter Beinart that was published in the New York Times where Beinart claims he no longer believes in a Jewish State and calls for a binational state with equal rights in Palestine. The other, a video clip showing an Israeli family riding in a car when two children approach them. The car window opens and we hear the father ask the children in Hebrew, “Who wants to feed a Bedouin?” While these two seem unrelated, there is something equally disturbing about both of them.

A Jewish home in Palestine

One might think that the epiphany experienced by yet another liberal Zionist, and one that has access to the mainstream media, should be celebrated. After all, another well known Jewish American has reached the conclusion that Palestinians deserve equal rights in their own country. However, as we read this article there are several disturbing elements that dampen the excitement. He goes on to describe a sentiment that one hears from many liberal Zionists. “One day in early adulthood, I walked through Jerusalem, reading street names that catalog Jewish history, and felt that comfort and pride myself.” Jerusalem was an Arab city for over a thousand years. In 1948, Palestinians in Jerusalem were subjected to a total and complete ethnic cleansing, and not a single Palestinian was allowed to remain in the city. Jerusalem then became the capital city of the state of Israel and the street names, which used to catalog the long and magnificent Arab history of the city, were changed.

“But the dream of a two-state solution that would give Palestinians a country of their own let me hope that I could remain a liberal and a supporter of Jewish statehood at the same time.” That was precisely what the scam of the Two State Solution was set to do. To allow liberal Zionists to support the crimes of Zionism and the creation of a racist state in Palestine while still feeling good about themselves.

The epiphany experienced by liberal Zionists who suddenly realize they can’t have it both ways is really not an epiphany at all. It is a compromise that allows them to continue to justify their patronizing attitude towards Palestinians. Beinart is not unlike another liberal Zionist, Avram Burg. Burg, a staunch Zionist who served as speaker of the Knesset and chairman of the Jewish Agency, and in between, profited greatly from peddling Israeli weapons. He is a Zionist through and through, and yet, he too claims it is time for a single state. In a piece he authored in 2018, he writes, “Since 1967 Israel had occupied Palestinian territory.” Not unlike Beinart, he sees only the West Bank as Palestinian territory.

To feed a Bedouin

A disturbing video clip was recently shared on TikTok by Roy Oz, also known as Roy Boy, an Israeli entertainer who hosts various programs for children. In the clip, an Israeli family is driving comfortably in what appears to be an SUV, with young children in the backseat and the parents in front. The father, Roy Oz, is driving. As they drive, two young children approach the car. The children in the car are white, the children outside are brown. The landscape is barren, like a desert, and we can safely assume it is the Naqab region in southern Palestine.

An Israeli family films itself "feeding" two Bedouin children as if they were animals in a zoo. The dehumanization of Palestinians by Israeli Jewish society is so much more totalizing than anyone here wants to admit or imagine. This is the face of the Jewish state in 2020. pic.twitter.com/PRVayf5QtQ

Expressions of shock came fast from Palestinian communities, who demanded an apology and an explanation. Some even said this was the worst expression of racism they had ever seen. But there is nothing shocking about this clip because this was a normal Israeli middle-class family expressing what countless Israelis express all the time. The appalling racism and patronizing colonial attitude toward Palestinian Bedouin children, as we see in the video, is the foundation upon which the state of Israel was established and exists throughout Israeli society. 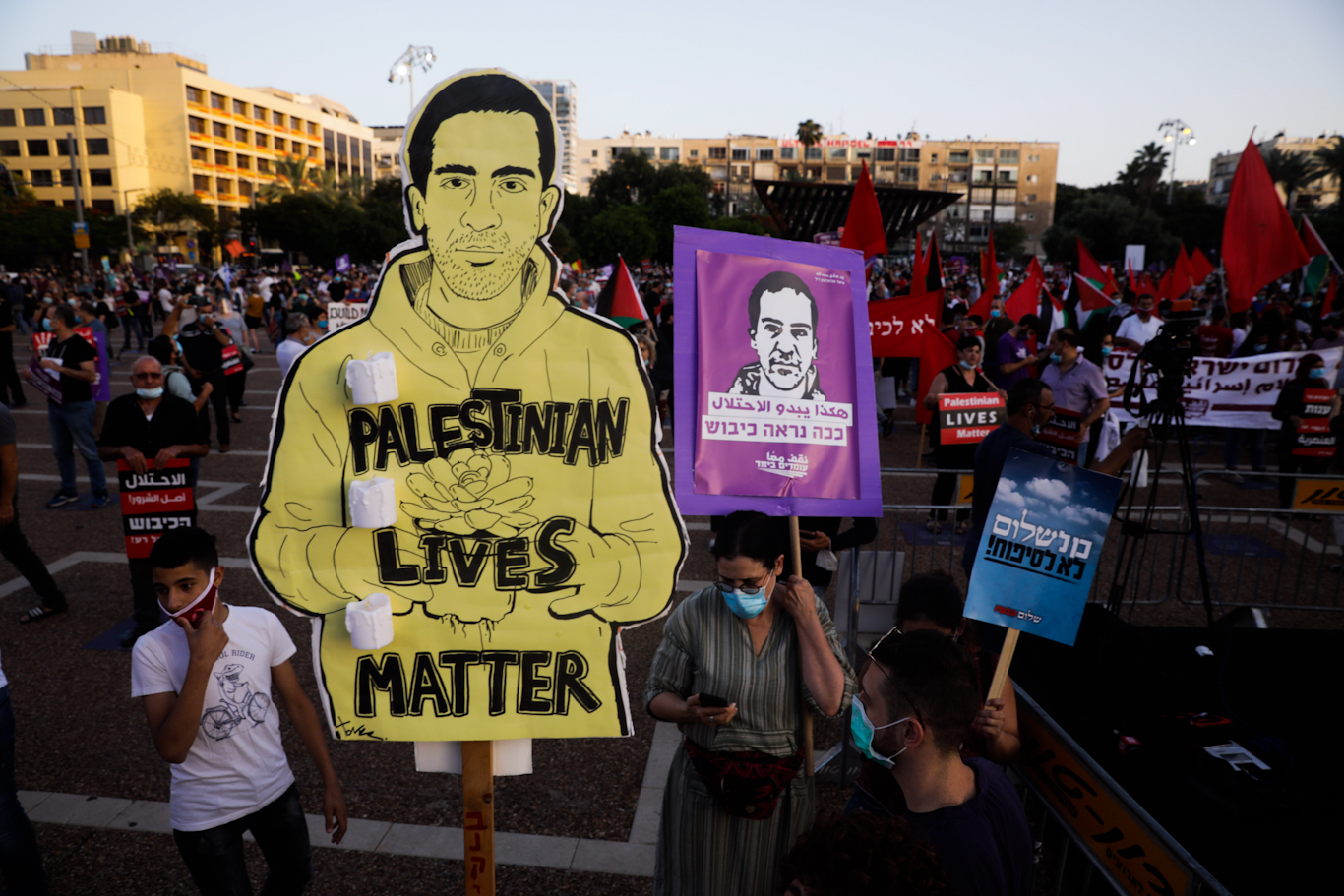 Without structural, systemic, deeply ingrained racism, Israel would not exist. Furthermore, without this white supremacist attitude, no Israeli pilot would be able to push the button that releases the bombs which then burn and rip Palestinian children in Gaza to shreds. No sniper would be able to pull the trigger and kill and maim Palestinians. It is an essential part of Zionist education.

Many Israelis had expressed their displeasure at this expression of racism. However, their displeasure aside, this is nothing new or abnormal. It is not unlike the incident where an Israeli army medic, who is charged with saving people’s lives and had taken an oath to do so, executed a wounded Palestinian laying on the ground. The incident was caught on video and went viral, resulting in the medic being court-martialed and receiving a slap on the wrist. This medic also acted as he was trained, as he was taught, that a Palestinian life does not matter.

Recognizing that Palestinians have rights within a Zionist construct is a symptom of Zionist racist supremacy. This racism is what allows a family to drive by Palestinian children and treat them like animals in a safari. It is how the state of Israel is able to continue the Naqba, the systemic, catastrophic destruction of Palestine and its people for close to one hundred years.

Feature photo | Beinart speaks at a 2012 event in Atlanta after being banned from a Jewish book festival over his criticism of Israel. David Goldman | AP