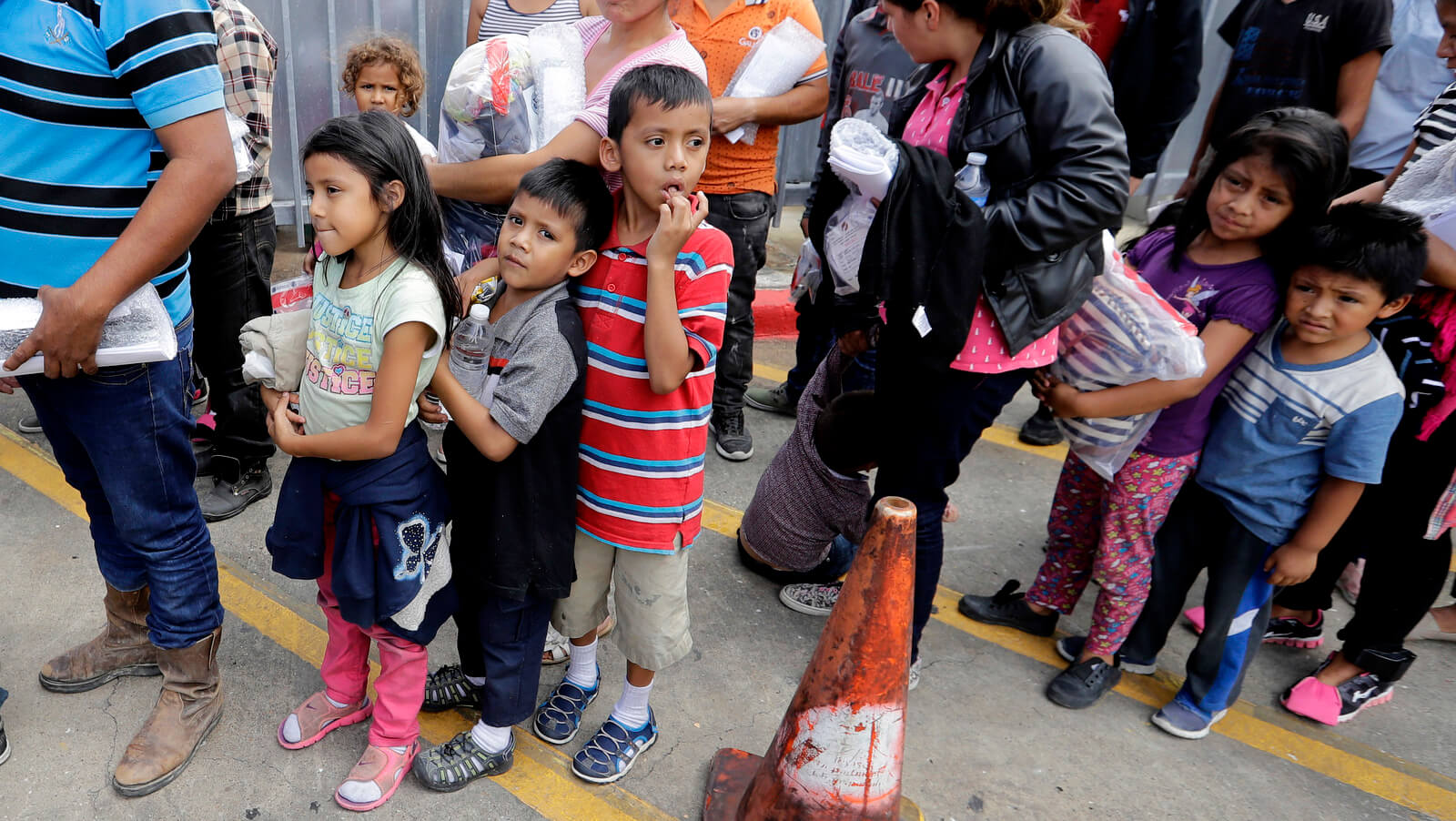 LOS ANGELES — Children as young as three years old are being forced to hold their own in deportation proceedings in federal court, judges have reported, further confirming how the cruelties of the U.S. immigrant enforcement regime have been largely unhindered by the local and global controversy it’s provoked.

The practice began under former President Barack Obama, but has widened under President Trump to encompass an ever-larger group of youth — who are often toddlers, unable to understand the dire circumstances that they’re in.

We were representing a 3-year-old in court recently who had been separated from the parents. And the child — in the middle of the hearing — started climbing up on the table … It really highlighted the absurdity of what we’re doing with these kids.”

Continuing, she noted that the children are scarcely able to put into words the conditions – frequently violent – that force the families to leave their homes and make the treacherous journey to the north:

The parent might be the only one who knows why they fled from the home country, and the child is in a disadvantageous position to defend themselves.

The kids don’t understand the intricacies that are involved with deportation and immigration court … They do understand that they have been separated from their parents, and the primary goal is to get back with people they love.”

Over 2,000 children are slated to face the proceedings in the absence of their parents, who alone have the vocabulary and the knowledge to properly explain to authorities what the context was that drove them to seek asylum or enter the United States.

While a federal judge ruled earlier this week that the reuniting of separated families must be a priority for the Trump administration, immigration lawyers are saying that this won’t help those parents who have already been sent home while their children languish in U.S. detention facilities. The lawyers also note that no actual model for such a reunification exists yet.

The revelation is just the latest indication of the enormous human costs of Trump’s stepped-up and “zero tolerance” immigration enforcement, mass confinement and deportation regime.

Confusion reigns but the war on migrants must continue

Now the U.S. Customs and Border Protection (CBP) agency has signaled that it will cease handing parents over to authorities until the administration can figure out how to make good on their prosecution without ripping their children from their arms.

Such a move would, in effect, be tantamount to the “catch and release” program opposed by Trump, which saw unauthorized migrants being released and told to return to face a judge in the future.

The government has been unable to cope with the demands placed on its detention and concentration camp facilities, leading to a crisis of overcrowding, rights abuses, and even calls by President Trump to suspend due process and asylum-protection rights for unauthorized immigrants.

We cannot allow all of these people to invade our Country. When somebody comes in, we must immediately, with no Judges or Court Cases, bring them back from where they came [sic].”

“Cannot accept all of the people trying to break into our Country. Strong Borders, No Crime!”

The CBP move also comes shortly after the Department of Defense confirmed that it had been tasked by the administration to hold migrants in camps within 45 days as an initial step toward managing the encampment of a migrant “family population of up to 12,000 people.”

If facilities are not available then camps meant to contain around 4,000 people each will be built at three separate locations, according to the Pentagon.

Trump appears to be faced with no good options, as the anger and outcry over his policies continues to build. The existing laws and restraints on the immigration enforcement regime that he inherited from past administrations have been a mere inconvenience for the president as he pursues this latest escalated war on migrants.

Here, I think he is making it clear, he just doesn’t want anybody here. He wants people to just be sent back, no matter what.”

Top Photo | Immigrant families line up to enter the central bus station after they were processed and released by U.S. Customs and Border Protection, June 24, 2018, in McAllen, Texas. David J. Phillip | AP