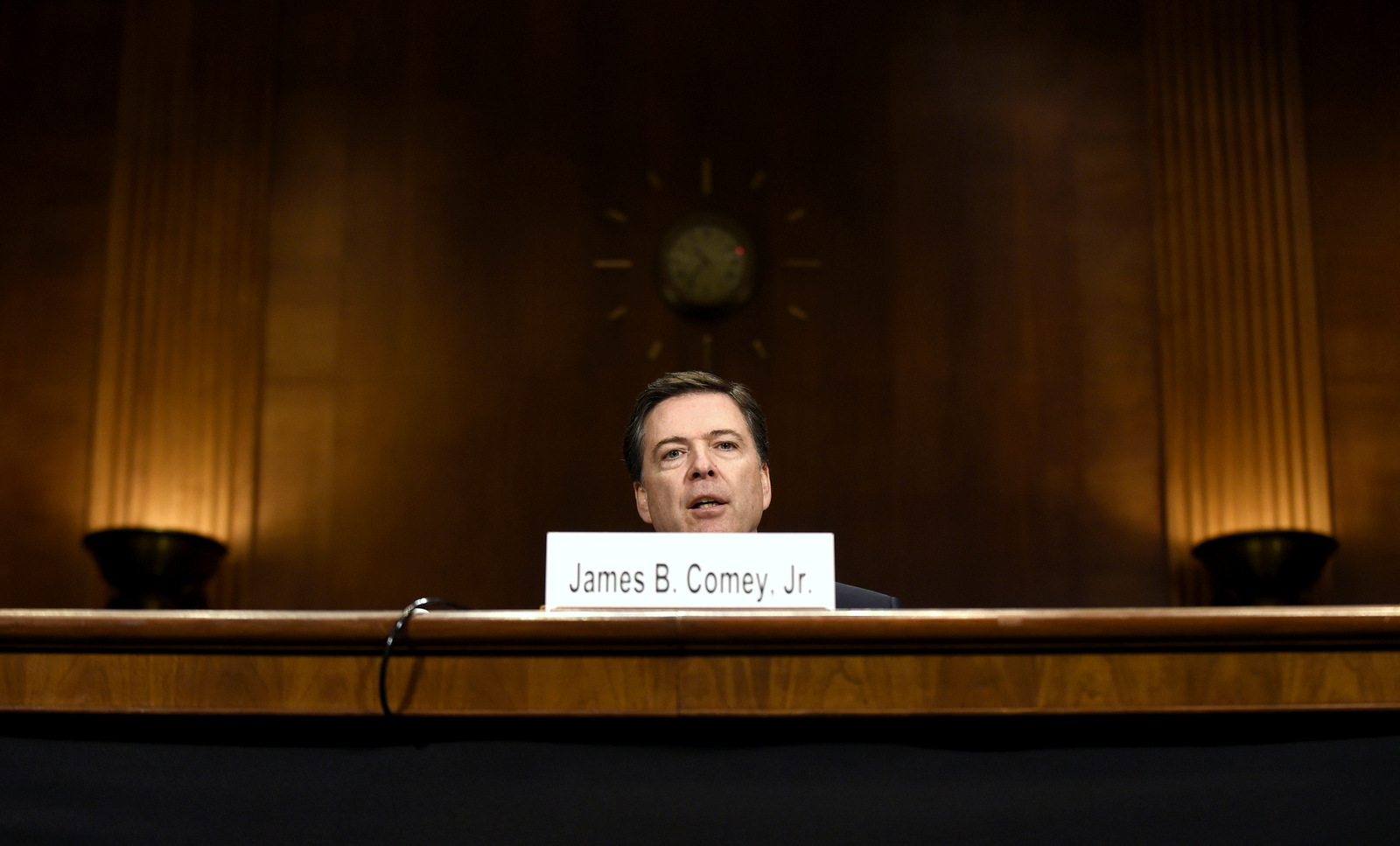 In the most Nixonian-sounding comment yet during this week’s craziness, President Trump, clearly angry about the leaking sieves that are the White House and the US intelligence community, just issued a cryptic threat to former FBI Director Comey, warning in no uncertain terms about retaliation should the leaks continue and saying the fired FBI director should hope there are no recordings of their conversations.

James Comey better hope that there are no "tapes" of our conversations before he starts leaking to the press!

Several overnight reports from FBI “sources” emerged which contradicted former Trump’s account of a meeting he had with Comey earlier this year, a development which has clearly pushed Trump close to the edge. Recall that during his NBC interview on Thursday, Trump said that Comey had requested a dinner with him during which he asked to stay on as the FBI head. Trump also said Comey told him three times — twice over the phone and once at their dinner meeting — that he was not the subject of any FBI investigations. FBI officials, however, denied Trump’s claims and said that the dinner meeting was requested by the White House, and a former senior FBI official said Comey would have never told the president he was not under investigation.

Additionally, the New York Times cited “two people who have heard his account of the dinner” who said Comey was asked by Trump for his loyalty at the dinner. The then-FBI head reportedly responded that he would offer his honesty but not political loyalty.

Earlier on Friday, Trump said that no one should expect his White House to give completely accurate information.

“As a very active President with lots of things happening, it is not possible for my surrogates to stand at the podium with perfect accuracy!” he wrote on Twitter.

As a very active President with lots of things happening, it is not possible for my surrogates to stand at podium with perfect accuracy!….

“Maybe,” he added a few moments later, “the best thing to do would be to cancel all future ‘press briefings’ and hand out written responses for the sake of accuracy??

As the NYT amusingly adds, “Trump’s mention of tapes did nothing to dispel the echoes of Watergate heard in Washington this week. His dismissal of Mr. Comey in the midst of an investigation into Mr. Trump’s associates struck many as similar to President Richard M. Nixon’s decision in October 1973 to fire Archibald Cox, the Watergate special prosecutor, in an incident that came to be known as the Saturday Night Massacre.”

Trump’s defenders have said Watergate comparisons are overwrought and that there is no evidence of collusion between Mr. Trump’s campaign and Russia during last year’s election. American intelligence agencies have concluded that Russia attempted to meddle in the campaign with the aim of tilting the election to Mr. Trump.

And speaking of tapes, it is probably safe to assume that they indeed exist, and their “leaking” will provide the next and even more entertaining iteration of this particular dumpster fire.

Separately, Trump continued his angry Friday morning tweetfest, and clearly troubled by the relentless allegations of Russian interference, asked “When James Clapper himself, and virtually everyone else with knowledge of the witch hunt, says there is no collusion, when does it end?” Well, if nothing else works, he can always bomb Syria again to find out.

When James Clapper himself, and virtually everyone else with knowledge of the witch hunt, says there is no collusion, when does it end?