Ahed Tamimi, a resident of Nabi Saleh in the occupied West Bank, was arrested after a video of her and her cousin forcing Israeli occupation forces off her family’s land went viral on social media. An Israeli court has postponed the trial of Palestinian teenager Ahed Tamimi and her mother to 6 February, according to the Palestinian Information Centre.

END_OF_DOCUMENT_TOKEN_TO_BE_REPLACED

Assange is conditioning his willingness to go to the United States on having his rights under U.S. law guaranteed in any potential legal trial, (REPORT) --- WikiLeaks founder Julian Assange last week offered to submit himself to extradition to the United States in return for clemency for whistleblower Chelsea Manning. After President Obama commuted Manning’s sentence yesterday, Assange’s status became the next obvious question. Assange, however, is also

END_OF_DOCUMENT_TOKEN_TO_BE_REPLACED

Abd al-Rahim Al-Nashiri is one of five high-level detainees identified as having been subject to torture like waterboarding and rectal feeding. 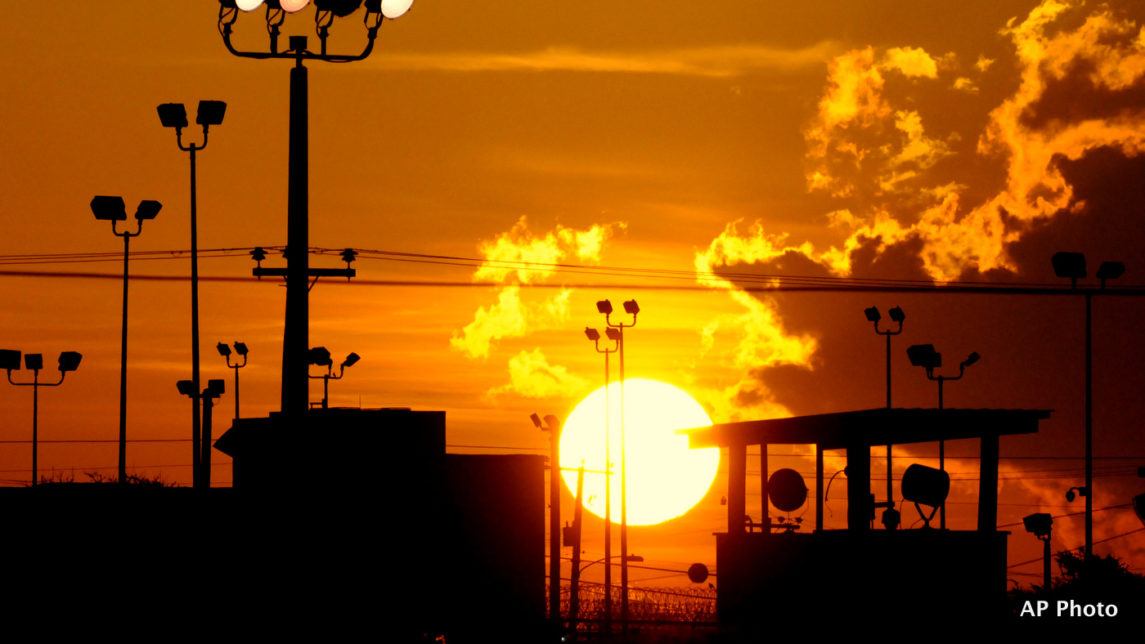 A morning sunrise at Guantanamo Bay U.S. Naval Base, Cuba. A Republican-led Senate panel on Feb. 12, 2015, narrowly approved legislation that would bar most transfers of terror suspects from the U.S. prison at Guantanamo Bay, Cuba, a major roadblock in President Barack Obamaís push to close the detention

END_OF_DOCUMENT_TOKEN_TO_BE_REPLACED

Federal prosecutors have charged the founder of Silk Road with crimes that the government itself is guilty of. (ANTIMEDIA) The Silk Road trial is filled with twists,

END_OF_DOCUMENT_TOKEN_TO_BE_REPLACED

After seven months of courtroom drama and celebrity cameos, Britain’s phone hacking trial will soon be in the hands of jurors. LONDON — The last lawyer has argued. The final witness has been heard. After seven months of courtroom drama and celebrity cameos, Britain's phone hacking trial will soon be in the hands of jurors. They are expected to retire this week to decide whether the dramatic fall of powerful editors political insiders Andy Coulson and

END_OF_DOCUMENT_TOKEN_TO_BE_REPLACED The U.S. government on Monday slammed the brakes on proceedings in the military trial of 9/11 suspects at Guantánamo Bay on Monday following charges that the FBI infiltrated and spied on their defense team. The halt is just the latest setback for a trial process that has been embroiled in charges of inhumanity, torture, spying, censorship and