North Korea has been quoted by myriad sources as being in favor of diplomatic talks with the U.S. but saying those talks must happen without preconditions. In comments on Saturday, President Donald Trump reported that North Korea had directly contacted him a couple of days prior with an offer of direct diplomacy. If confirmed, this marks the first such offer directly made by the North Koreans to the administration. “They, by the way, called up a couple of days ago, they said ‘we would like to

END_OF_DOCUMENT_TOKEN_TO_BE_REPLACED

US Airstrike in Eastern Syria Kills 25, Including Children

More than half of the victims of the U.S. Airstrikers have been identified as women and children.

A U.S. airstrike in eastern Syria’s al-Shaafa region has killed at least 25 people on Monday, with more than half of the slain identified as women and children, according to the Syrian Observatory for Human Rights. Details on the slain are still emerging, but U.S. spokesman Col. Ryan Dillon attempted to downplay reports, saying the US takes “all

END_OF_DOCUMENT_TOKEN_TO_BE_REPLACED With the Yemen War fast approaching its third anniversary, Afghanistan well into its 17th year, Iraq and Syria seemingly permanent US wars, and escalations ongoing across Africa, the US has seemingly more wars than ever going on. President Trump has been giving the military increasing autonomy in those wars, and the feeling of loss of control is

END_OF_DOCUMENT_TOKEN_TO_BE_REPLACED

Russian military chief sees US base at Tanf as ‘Black Hole’ for militants. 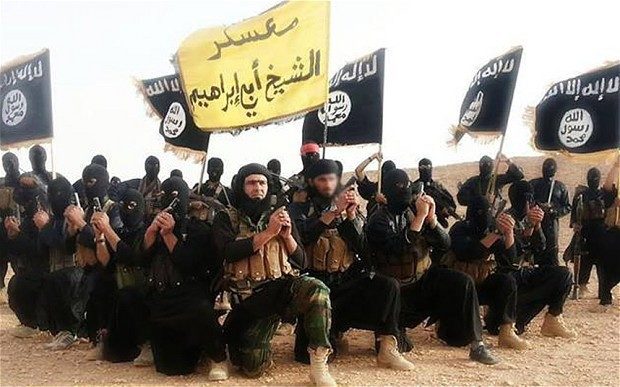 For a long time, Russia and the United States have differed on strategies in Syria, and have seen one another deliberately trying to undermine the other’s efforts. Russian Chief of Staff Gen. Valery Gerasimov sees such an effort by the US coming out of the base at the al-Tanf border. In a new interview Gen. Gersimov accused the US of using the

END_OF_DOCUMENT_TOKEN_TO_BE_REPLACED

In reality, analysts agree that North Korea would see any attack as the start of a full-scale war of regime change, and standing military orders are to retaliate against US targets with everything they have, assuming everything not used will be destroyed in the US strikes at any rate.

According to a new report in the Daily Telegraph, the concerns about a US attack on North Korea are very well-founded, and the White House has “dramatically” stepped up plans for what it is calling a “bloody nose” attack on North Korea. Apparently ignoring months of analyst warnings that there is no way to have a “limited” war with North Korea,

END_OF_DOCUMENT_TOKEN_TO_BE_REPLACED The Iranian government issued a statement Thursday denying that a presentation earlier in the day by the U.S. represented proof that they’d been sending arms to the Shia Houthis in Yemen in a bid to resist the U.S.-backed Saudi invasion, saying it was a ‘fabrication.” “These accusations seek also to cover up for the Saudi war crimes in Yemen,

END_OF_DOCUMENT_TOKEN_TO_BE_REPLACED

Putin said the military operation in the area was now finished, and that the focus would switch to a political process that would eventually involve presidential and parliamentary elections. Russian President Vladimir Putin has claimed a “complete victory” has been scored over ISIS forces within Syria, and the faction has been totally driven from both sides of the Euphrates River. Within Syria, Putin sees the focus now shifting toward the political process, and eventual elections. Russia has advocated substantial political reform