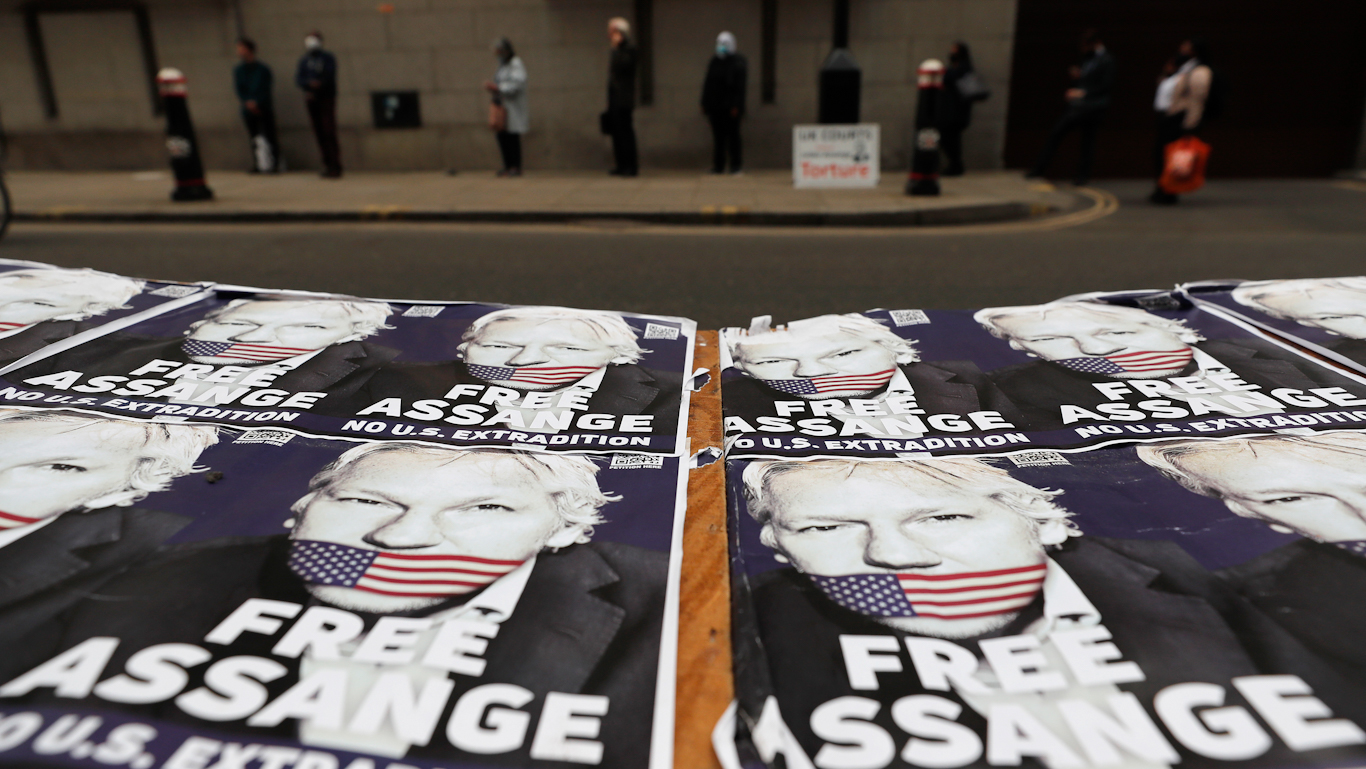 Many mainstream rights groups and media organizations have a mixed history when it comes to opposing Washington’s agenda. The case of Julian Assange has been no exception.

The extradition case of Wikileaks founder Julian Assange continues in London. The U.S. government is indicting the Australian living on the other side of the world under its own Espionage Act, with the case widely seen as setting an important precedent for freedom of speech and of the media worldwide.

Yet as the case reaches its pinnacle, a number of press freedom groups have gone silent on the matter. The Committee to Protect Journalists (CPJ) has not mentioned Assange in months, on either its website or its Twitter account. London-based PEN International has only one article this year on the Australian and appears to have gone quiet since July. The CPJ has also refused to include him among its list of jailed journalists, arguing that Wikileaks’ role is more that of a publisher. While this could be debatable, the omission of by far the most famous and influential of the world’s 248 imprisoned media figures could be seen as a politically calculated decision.

Big media outlets seem just as uninterested in the U.S. government’s attempts to capture the man who released hundreds of thousands of documents detailing American war crimes, including the deliberate killing of two Reuters journalists. The New York Times, for instance, has published only two articles on the subject, and nothing in eleven days. But the Times’ coverage is better than most outlets, with nothing whatsoever in CNN, and MSNBC’s entire coverage amounting to one sentence, which discussed the DNC hacks, but not the hearing.

To be fair to the media, the conditions the U.K. government has set for the case make it absurdly difficult for journalists to follow. The COVID-19 pandemic has meant that public access is highly restricted, while only a small handful of journalists are allowed into the courtroom every day. Journalists wishing to watch live proceedings must register as journalists and log in between exactly 9:30 and 9:40 a.m. If they miss the time, they cannot access the session, and if they disconnect at any time, even because of a momentary lapse in wifi, they are shut out of the system. Journalists have complained throughout Assange’s cases of poor connections and an inability to hear anything during proceedings. That has not stopped the committed, however, with smaller organizations continuing to report the proceedings live.

In recent days the argument between the prosecution and the defense has revolved around Assange’s mental state. A psychiatrist on the U.S.’ government’s side told the Old Bailey yesterday that he believes Assange to be a “resilient” character with only “mild clinical depression” and would therefore be able to “resist any suicidal impulse” were he to be sent to the U.S. Assange is facing up to 175 years in a Colorado supermax jail, sometimes described as one of the few blacksites on American soil. Inmates at the center are regularly force fed and are barred from sharing their stories.

On the other hand, a doctor who treated him while he was forced to live in the Ecuadorian embassy in London stressed her dismay at his deterioration while being held in Belmarsh Prison. “I think Mr. Assange is at very high risk of completing a suicide if he were to be extradited,” she told the judge.

The Assange case has enormous ramifications for the future of press freedom. The government has included a great many standard journalistic procedures — such as protecting sources’ names, using encrypted files, and encouraging sources to leak more to them — among its reasons for indictment. This, many have argued, would essentially criminalize investigative journalism. Trevor Timm, a co-founder of the Freedom of the Press Foundation, told the courtroom that if Assange is prosecuted, then every journalist who has possessed a secret or leaked file — the lifeblood of the industry — could be charged.

Speaking to German filmmakers, ex-CIA Director Leon Panetta was remarkably blunt about the U.S.’ goal: “All you can do is hope you can ultimately take action against those that were involved in revealing that information so you can send a message to others not to do the same thing,” he said, strongly implying that the indictment is politically motivated and a warning to others who might challenge the empire.

Unfortunately, many of the mainstream rights groups that the world relies on to lead on matters of importance have a mixed history when it comes to directly opposing Washington’s agenda. Human Rights Watch (HRW), for instance, carried water for the U.S.-backed coup in Bolivia last year, its director, Kenneth Roth, describing it as a “transitional moment” and an “uprising,” rather than the manifestly more appropriate word, “coup.” HRW also described the new military government’s law giving all security forces complete immunity from prosecution merely a “problematic decree,” rather than a license to massacre, which is exactly what they did immediately.

HRW has not discussed Assange for nearly 18 months, the most recent result on its website dated May 2019 (although this was a clear defense of his rights). Amnesty International, on the other hand, has forcefully condemned the U.S. attempt and has been repeatedly blocked in its attempts to have its fair trial monitors enter the courtroom. “This hearing is the latest worrying salvo in a full-scale assault on the right to freedom of expression,” said Amnesty’s Europe Director, Nils Muižnieks.

Feature photo | People queue at the entrance of the Old Bailey court in London, Monday, Sept. 21, 2020, as the Julian Assange extradition hearing to the US continues. Frank Augstein | AP