Days after a Dallas-area police officer shot and killed a black 15-year-old in the passenger seat of a car, the Texas Legislative Black Caucus and other lawmakers made an emotional plea to state leaders Thursday morning to act to prevent police shootings. Jordan Edwards, an honor student at Mesquite High School, was shot in the

END_OF_DOCUMENT_TOKEN_TO_BE_REPLACED

A new North Carolina law will make it harder for the public to acquire police dash cam and body camera footage.

North Carolina has been the scene of recent riots and protests as the public calls for accountability in the police shooting of Keith LaMont Scott. After initially fighting the release of body camera footage, Charlotte-Mecklenburg Police Chief Kerr Putney reluctantly allowed the public to see the shooting with their own eyes. Beginning October 1,

END_OF_DOCUMENT_TOKEN_TO_BE_REPLACED END_OF_DOCUMENT_TOKEN_TO_BE_REPLACED

VIDEO: This Is What A “Good Cop” Looks Like, Here’s The Video All Cops Should Be Making

In the video, Fields claims that people often tell him that “it’s a bad time to be a cop,” to which he tells them that now is a “perfect time to be a cop.” He then expresses his gratitude towards a movement that has begun to expose the illicit actions of rogue officers across the nation. 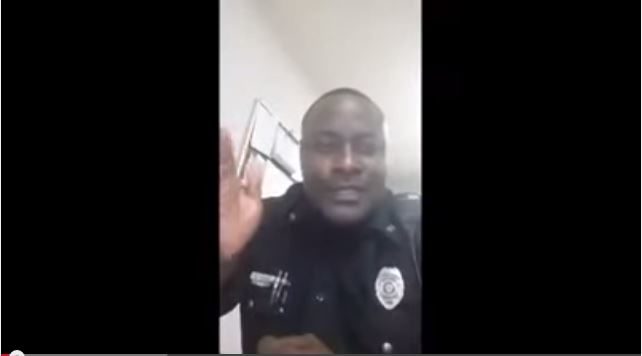 A courageous Georgia police officer, identified as Billy Ray Fields, has taken a strong stance against the rampant police abuse of authority. In a viral video, originally posted on Mediatakeout, Fields states that he supports the police accountability

END_OF_DOCUMENT_TOKEN_TO_BE_REPLACED

Police were unable to keep the massive protest, part of a national day of action against police brutality, from shutting down the bridge.

END_OF_DOCUMENT_TOKEN_TO_BE_REPLACED

Mothers of individuals killed by police descended on Washington last week, demanding justice for their children whom they believe were unjustly brutalized.