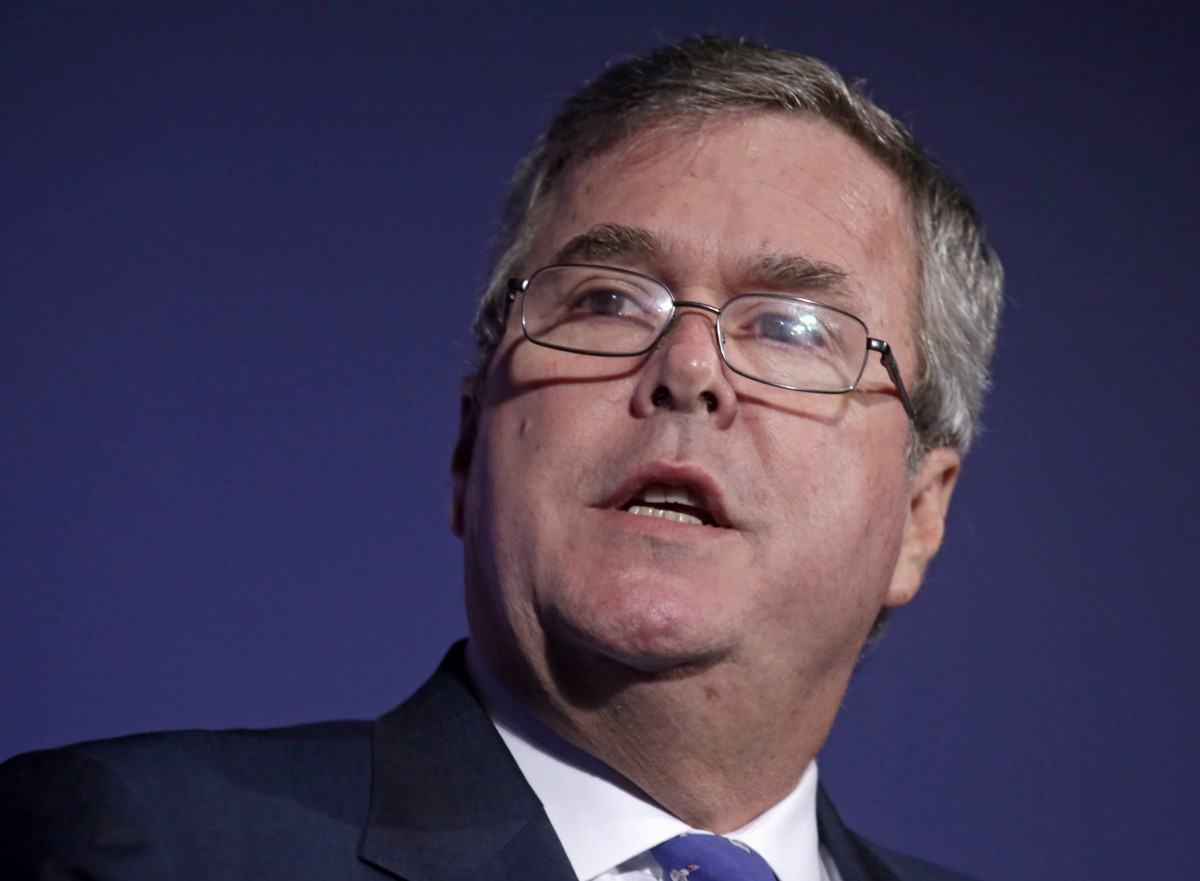 Hillary Clinton—another establishment favorite for 2016—is also benefiting greatly from the Big Banks with top donors including JP Morgan Chase and Morgan Stanley.

(ANTIMEDIA) Ahh … Oligarchy tastes so good, doesn’t it, America? It seems like only yesterday (because it was) that we reported that Hillary Clinton was bankrolled by Wall Street—and now we get the surprising news that Bush III is also financed by everyone’s favorite buyer of elections (sarcasm intended). Yes, Jeb Bush is currently bank-rolled by none other than Goldman Sachs, the biggest purchaser of political influence in recent times.

According to Bloomberg Business,

“More than 50 Goldman Sachs executives and employees gave the Republican more than $144,000 in the second quarter, with most of them sending $2,700, the maximum allowed, according to Federal Election Commission filings.”

I guess we know where Jebby’s alliances will lie in the event that he wins the 2016 presidential election.

However, let’s not act like the Republicans have a monopoly on Goldman Sachs money. Sure, Mitt Romney benefited most from them in 2012. But Goldman was the second largest fundraiser for Barack Obama in 2008, as well.

In fact, as I noted above, Hillary Clinton—another establishment favorite for 2016—is also benefiting greatly from the Big Banks. According to Bloomberg,

“Goldman Sachs employees sent more to Bush than to Hillary Clinton, who got less than $60,000. Even so, she received more than him from donors at JPMorgan and Morgan Stanley, where her former State Department deputy Tom Nides is vice chairman. He’s among bundlers who helped her raise at least $100,000.”

Banksters 2016, anyone? I mean, that’s basically the only choice we’re currently given by the corporate media and political establishment. From the news coverage to date, you’d think that there are only three candidates in the running for 2016: Hillary Clinton, Jeb Bush, and racist idiot Donald Trump. But are there other options thataren’t shoe-ins for the oligarchy? Maybe.

For the corporate parties, you have Republican Rand Paul and Democrat Bernie Sanders. Both candidates talk a relatively good game, but both also make questionable statements and have suspect voting records, demonstrating they are—at least partially—in line with the rest of the political establishment. Nevertheless, both candidates have called for (and voted to bring) transparency to the Federal Reserve. They have also both shown willingness to challenge foreign policy in one way or another. Both have relatively strong track records of taking on the corrupted monetary and criminal “justice” systems—but there are even better options.

For these, we will have to step outside of the two-party duopoly.

The Green party has a great option in Jill Stein, who I’ve personally met and conversed with. She says she would reign in the financial system and would “break up the big banks and bail out the students,” repatriate the Federal Reserve to the people, end all wars, and protect the U.S. environment from Big Oil and other corporate exploits.

The Libertarian Party has a viable option in Gary Johnson, should he decide to run (he probably will “unless something catastrophic happens“). He believes in ending the Federal Reserve, reigning in out-of-control foreign policy, ending most foreign aid, instituting tax and immigration reform, and allowing young people to opt-out of entitlements like Social Security.

Both of these candidates are MUCH better than the choices being spoon-fed to us, which invariably have an (R) or a (D) next to their names. But what can we do beyond voting to actively resist oligarchy? Discuss your thoughts in the comments below.

This article (Surprise! Jeb Bush’s Top Donors for 2016 Are Executives from Goldman Sachs) is free and open source. You have permission to republish this article under a Creative Commons license with attribution to the author and TheAntiMedia.org.