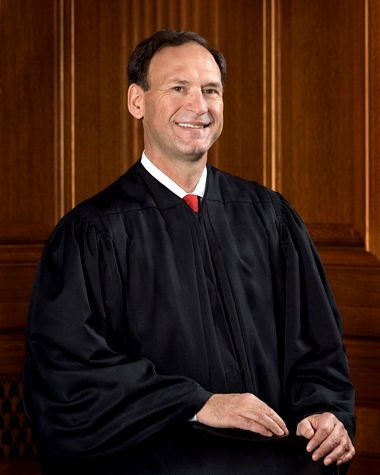 Supreme Court: Rights don’t have to be read to prisoners

WASHINGTON (AP) — The Supreme Court said Tuesday investigators don’t have to read Miranda rights to inmates during jailhouse interrogations about crimes unrelated to their current incarceration. The high court, on a 6-3 vote, overturned a federal appeals court decision throwing out prison inmate Randall Lee Fields’ conviction, saying Fields was not in “custody” as […]

WASHINGTON (AP) — The Supreme Court said Tuesday investigators don’t have to read Miranda rights to inmates during jailhouse interrogations about crimes unrelated to their current incarceration.

The high court, on a 6-3 vote, overturned a federal appeals court decision throwing out prison inmate Randall Lee Fields’ conviction, saying Fields was not in “custody” as defined by Miranda and therefore did not have to have his rights read to him.

“Imprisonment alone is not enough to create a custodial situation within the meaning of Miranda,” Justice Samuel Alito wrote in the court’s majority opinion.

“Today, for people already in prison, the court finds it adequate for the police to say: ‘You are free to terminate this interrogation and return to your cell,'” Ginsburg said in her dissent. “Such a statement is no substitute for one ensuring that an individual is aware of his rights.”

Miranda rights come from a 1966 decision that involved police questioning of Ernesto Miranda in a rape and kidnapping case in Phoenix. It required officers to tell suspects they have the right to remain silent and to have a lawyer represent them, even if they can’t afford one.

Previous court rulings have required Miranda warnings before police interrogations for people who are in custody, which is defined as when a reasonable person would think he cannot end the questioning and leave.

Fields was serving a 45-day sentence in prison on disorderly conduct charges when a jail guard and sheriff’s deputies from Lenawee County, Mich., removed him from his cell and took him to a conference room. The deputies, after telling him several times he was free to leave at any time, then questioned him for seven hours about allegations that he had sexually assaulted a minor. Fields eventually confessed and was charged and convicted of criminal sexual assault.

Fields was then sentenced to 10 to 15 years in prison but appealed the use of his confession, saying that he was never given his Miranda rights on the sexual assault charges.

On appeal, the 6th Circuit Court of Appeals in Cincinnati threw out his confession and conviction, ruling that it is required that police read inmates their Miranda rights anytime they are isolated from the rest of the inmates in situations where they would be likely to incriminate themselves.

The Supreme Court overturned that ruling.

“Not all restraints on freedom of movement amount to custody for purposes of Miranda,” Alito said.

Questioning an inmate doesn’t bring the “shock” of arrest that free people experience and the coercive pressure that follows, Alito said. There is also no hope for a quick release if the inmate talks to police, like there would be for a free person, and there is also no chance of a lighter sentence or any type of reprisal for not talking because the person is already in prison, Alito said.

“Thus, service of a term of imprisonment, without more, is not enough to constitute Miranda custody,” Alito said.

The majority looked to the wrong question in making its decision, Ginsburg said.

“I would ask, as Miranda puts it, whether Fields was subjected to ‘incommunicado interrogation … in a police dominated atmosphere,’ whether he was placed, against his will, in an inherently stressful situation, and whether his ‘freedom of action (was) curtailed in any significant way,'” Ginsburg said. “Those should be the key questions, and to each I would answer, ‘Yes.'”