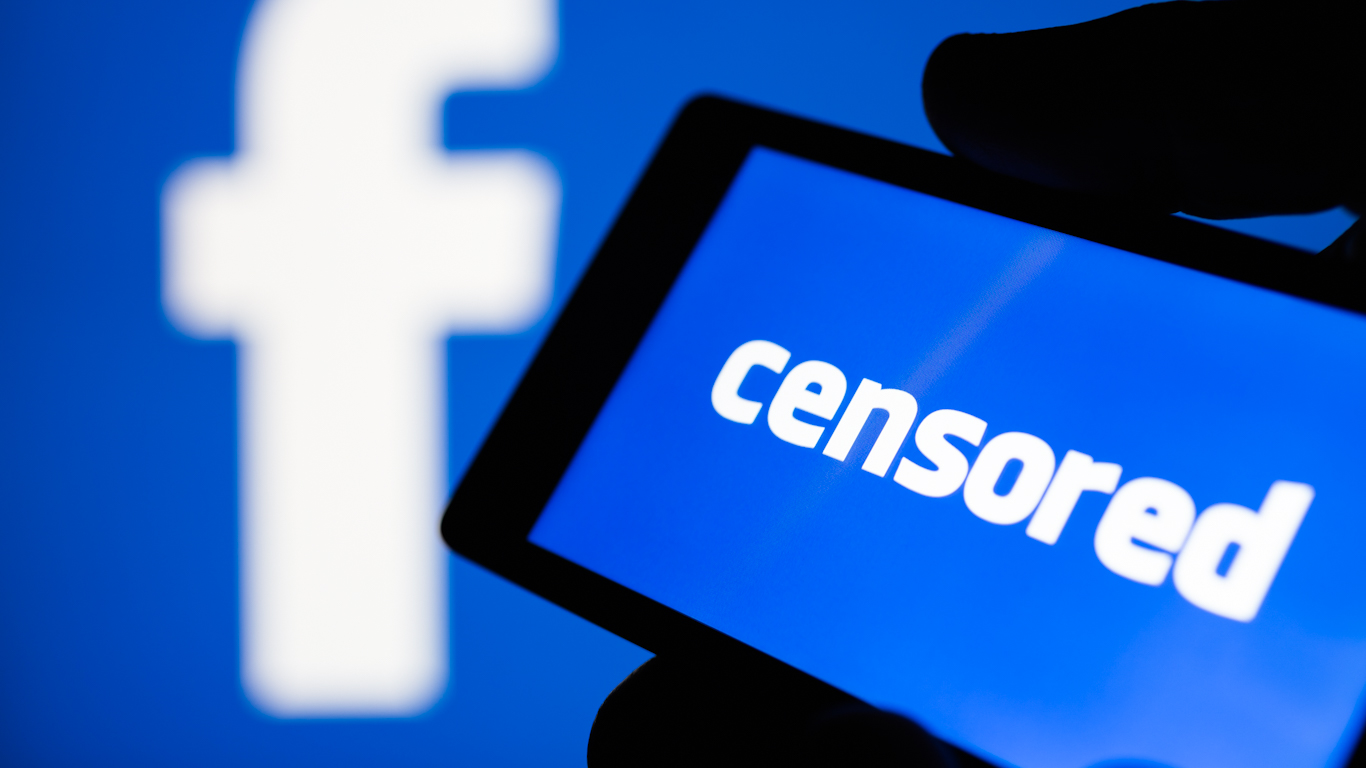 Deleting messages of support for Iran may seem a petty, childish retaliation for opposing the Trump administration, but it has profound ramifications for freedom of access to information.

Silicon Valley giant Facebook announced Friday that it would be deleting all positive posts about recently assassinated Iranian general Qassem Soleimani on its platform and its subsidiary Instagram. The reason for this, it explained to CNN, was that the new U.S. sanctions made it illegal to promote any message supporting a person or group that the government describes as a terrorist organization. “We operate under U.S. sanctions laws, including those related to the U.S. government’s designation of the Iranian Revolutionary Guard Corps (IRGC) and its leadership,” a Facebook spokesperson said. Instagram had already closed Soleimani’s account in April last year, following Trump’s designation of the IRGC as a terrorist group. Following the news Friday, Twitter suspended Iranian Supreme Leader Ayatollah Khamenei’s account for “unusual activity.” It was later reopened.

Last week Trump threatened to wreak havoc and destruction on Iran, promising to destroy dozens of major Iranian cultural sites, recognized immediately by the international community as a major war crime and a crime against humanity. The president has backed away from open war, but also announced new “punishing” sanctions on the Islamic Republic

In the rush to comply with these new rules, big American companies have gone overboard. Paypal, for example, began blocking donations to alternative media website The Grayzone that mentioned “Iran” in the title or text. The Grayzone has been a rare source of pushback to the Trump administration’s plans for war in the region.

Last year Medea Benjamin traveled to Iran to catalog the effect of the already existing sanctions. She described a population of 80 million who had seen their savings wiped out as the value of the Iranian Rial had plummeted. “Sanctions are suffocating people’s life choices,” she explained, meeting women who could no longer attend foreign universities and men who could not afford to get married. The sanctions have also greatly increased poverty and homelessness and made it much harder for people to get lifesaving medical treatment, as foreign drugs are nearly impossible to come by. Nevertheless, Iranians were able to distinguish between citizens and government; the overwhelming message Benjamin received was “Americans good, Trump bad.”

While support for, or even knowledge of Soleimani may be very low in America, a 2019 study conducted by the University of Maryland found that “General Soleimani remains the most popular Iranian public figure,” with 59 percent of Iranians viewing him “very favorably” and over four in five of his country folk having a positive opinion of him overall. Instagram is extremely popular in Iran, with at least 24 million users as of early 2018– around a third of the entire population. That is why banning positive descriptions of Soleimani is such a far-reaching and problematic issue. While deleting messages of support for the government or suspending Khamenei’s account may seem a petty, childish retaliation for opposing the Trump administration, it actually has profound ramifications for freedom of access to information.

Foreign countries rely on Silicon Valley social media giants for news and opinions as much as Americans do. Billions of people get their news from Facebook, but the decision means the world will not be exposed to one side of the argument. Furthermore, social media is one of the only places Americans could be exposed to an Iranian opinion, but the latest decision effectively blocks off this avenue of information and communication. Instead, we are exposed only to the opinion that the world and Iranians themselves hate their government. Last week the hashtag #IraniansDetestSoleimani trended on Twitter in the U.S., but not in the Middle East. Furthermore, the message was being boosted by Trump fans pretending to be Iranian.

Iran is not the only enemy of the U.S. government targeted by social media. Hundreds of accounts supporting the Venezuelan government, including that of President Nicolas Maduro himself, have been suspended or deleted by Facebook and Twitter, the former also removing the pages of independent media outlet Venezuelanalysis and international network TeleSUR English when Trump’s eye was cast upon the country.

That Facebook’s actions appear to be coordinated with the U.S. government is not a coincidence. Since 2018 it has partially outsourced its editorial control over news and content to the Atlantic Council, the think tank of NATO. The Council’s board is a who’s who of high government officials like Henry Kissinger, Condoleezza Rice and Colin Powell, ex-Generals like Wesley Clark and David Petraeus, and CIA chiefs like Leon Panetta, Michael Hayden and Robert Gates. Effectively then, the “deep state” is controlling what Americans– and the rest of the world– reads for news, creating something close to a global state-controlled media apparatus.

In response to Facebook’s decision, Iranian government spokesperson Ali Rabiei called the move an “undemocratic and unashamed action” claiming it continues to give the real terrorists an “open voice.”

In an undemocratic and unashmed action,Instagram has blocked an innocence nations' voice protesting to the assesination ofGeneral #Soleimani,while the real terrorists have been given an open voice.The stick behind the democracy and media freedom is displayed in the nick of time

The Iranian government is considering its response, with some media speculating it may go so far as to block Instagram entirely. But, as with the Soleimani assassination, because of the imbalance of power between Iran and the U.S., its reaction will be limited in scope, as big tech giants like Facebook are too powerful to hurt.