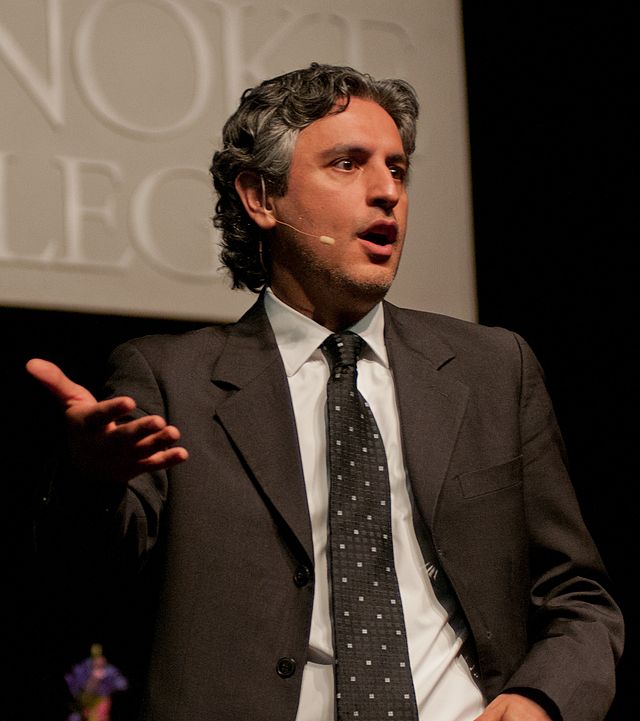 DON LEMON, CNN: We’re joined now by Reza Aslan, a scholar of religions, a professor at University of California, Riverside, and the author of “Zealot: The Life and Times of Jesus of Nazareth.”

Let’s talk about this because it’s a very interesting conversation every time we have it. Before we get into this discussion, I want to play with you this clip from Bill Maher’s show just this Friday night. Here it is.

MAHER: President Obama keeps insisting that ISIS is not Islamic. Well, maybe they don’t practice the Muslim faith the same way he does.

MAHER: But if vast numbers of Muslims across the world believe, and they do, that humans deserve to die for merely holding a different idea or drawing a cartoon or writing a book or eloping with the wrong person, not only does the Muslim world have something in common with ISIS; it has too much in common with ISIS. There’s so much talk — you can applaud. Sure.

REZA ASLAN, UNIVERSITY OF CALIFORNIA, RIVERSIDE: Well, I like Bill Maher. I have been on his show a bunch of times. He’s a comedian.

But, you know, frankly, when it comes to the topic of religion, he’s not very sophisticated in the way that he thinks. I mean, the argument about the female genital mutilation being an Islamic problem is a perfect example of that. It’s not an Islamic problem. It’s an African problem.

CAMEROTA: Hold on. Hold on a second Reza, because he says it’s a Muslim country problem. He says that, in Somalia…

How many women do we have as states in the United States?

LEMON: Reza, be honest, though. For the most part, it is not a free and open society for women in those states.

ASLAN: Well, it’s not in Iran. It’s not in Saudi Arabia.

It certainly is in Indonesia and Malaysia. It certainly is in Bangladesh. It certainly is in Turkey. I mean, again, this is the problem is that you’re talking about a religion of 1.5 billion people and certainly it becomes very easy to just simply paint them all with a single brush by saying, well, in Saudi Arabia, they can’t drive and so therefore that is somehow representative of Islam.

In Saudi Arabia, when women can’t vote and they can’t drive and they need permission from their husband, that’s not extremists. Why aren’t we talking more about what…

CAMEROTA: That’s not extremist. That’s commonplace. Why don’t we talk more about the commonplace wrongs that are happening in some of these countries?

ASLAN: It’s extremist when compared to the rights and responsibilities of women, Muslim women around the world. It’s an extremist way of dealing with it.

LEMON: But it’s not extremist in that country, in Saudi Arabia. That’s the norm.

LEMON: That’s what she is saying.

I mean, look, Saudi Arabia is one of the most, if not the most, extremist Muslim country in the world. In the month that we have been talking about ISIS and their terrible actions in Iraq and Syria, Saudi Arabia, our closest ally, has beheaded 19 people. Nobody seems to care about that because Saudi Arabia sort of preserves our national interests.

ASLAN: You know, but this is the problem, is that these kinds of conversations that we’re having aren’t really being had in any kind of legitimate way. We’re not talking about women in the Muslim world. We’re using two or three examples to justify a generalization. That’s actually the definition of bigotry.

Let’s listen to Benjamin Netanyahu at the United Nations today.

BENJAMIN NETANYAHU, ISRAELI PRIME MINISTER: So when it comes to their ultimate goals, Hamas is ISIS, and ISIS is Hamas. And what they share in common, all militant Islamists share in common.

LEMON: So, Reza, the question at the bottom of the screen that everyone is looking at, does Islam promote violence?

ASLAN: Islam doesn’t promote violence or peace. Islam is just a religion, and like every religion in the world, it depends on what you bring to it. If you’re a violent person, your Islam, your Judaism, your Christianity, your Hinduism is going to be violent. There are Buddhist — marauding Buddhist monks in Myanmar slaughtering

women and children. Does Buddhism promote violence? Of course not. People are violent or peaceful. And that depends on their politics, their social world, the way that they see their communities, the way they see themselves.

CAMEROTA: So, Reza, you don’t think that there’s anything more — there’s — the justice system in Muslim countries you don’t think is somehow more primitive or subjugates women more than in other countries?

ASLAN: Did you hear what you just said? You said in Muslim countries.

I just told you that, Indonesia, women are absolutely 100 percent equal to men. In Turkey, they have had more female representatives, more female heads of state in Turkey than we have in the United States.

LEMON: Yes, but in Pakistan…

LEMON: In Pakistan, women are still being stoned to death.

ASLAN: And that’s a problem for Pakistan. You’re right. So, let’s criticize Pakistan.

LEMON: I just want to be clear on what your point is, because I thought you and Bill Maher were saying the same thing. Your point is that Muslim countries are not to blame.

There is nothing particular, there’s no common thread in Muslim countries, you can’t paint with a broad brush that somehow their justice system or Sharia law or what they’re doing in terms of stoning and female mutilation is different than in other countries like Western countries?

ASLAN: Stoning and mutilation and those barbaric practices should be condemned and criticized by everyone. The actions of individuals and societies and countries like Iran, like Pakistan, like Saudi Arabia must be condemned, because they don’t belong in the 21st century.

LEMON: OK, Reza. Let’s — I want you to listen to Benjamin Netanyahu again. This is actually the one I wanted you to hear. ASLAN: Yes, the ISIS.

NETANYAHU: But our hopes and the world’s hopes for peace are in danger, because everywhere we look, militant Islam is on the march. It’s not militants. It’s not Islam. It’s militant Islam. And, typically, its first victims are other Muslims, but it spares no one.

ASLAN: Well, he’s correct in talking about militant Islam being a problem.

He is absolutely incorrect in talking about ISIS equaling Hamas. That’s just ridiculous. No one takes him seriously when he says things like that. And, frankly, it’s precisely why, under his leadership, Israel has become so incredibly isolated from the rest of the global community.

Those kinds of statements are illogical, they’re irrational, they’re so obviously propagandistic. In fact, he went so far as to then bring up the Nazis, which has become kind of a verbal tick for him whenever he brings up either Hamas or ISIS.

Again, these kinds of oversimplifications I think only cause more danger. There is a very real problem. ISIS is a problem. Al Qaeda is a problem. These militant Islamic groups like Hamas, like Hezbollah, like the Taliban have to be dealt with. But it doesn’t actually help us to deal with them when, instead of talking about rational conflicts, rational criticisms of a particular religion, we instead so easily slip into bigotry by simply painting everyone with a single brush, as we have been doing in this conversation, mind you.