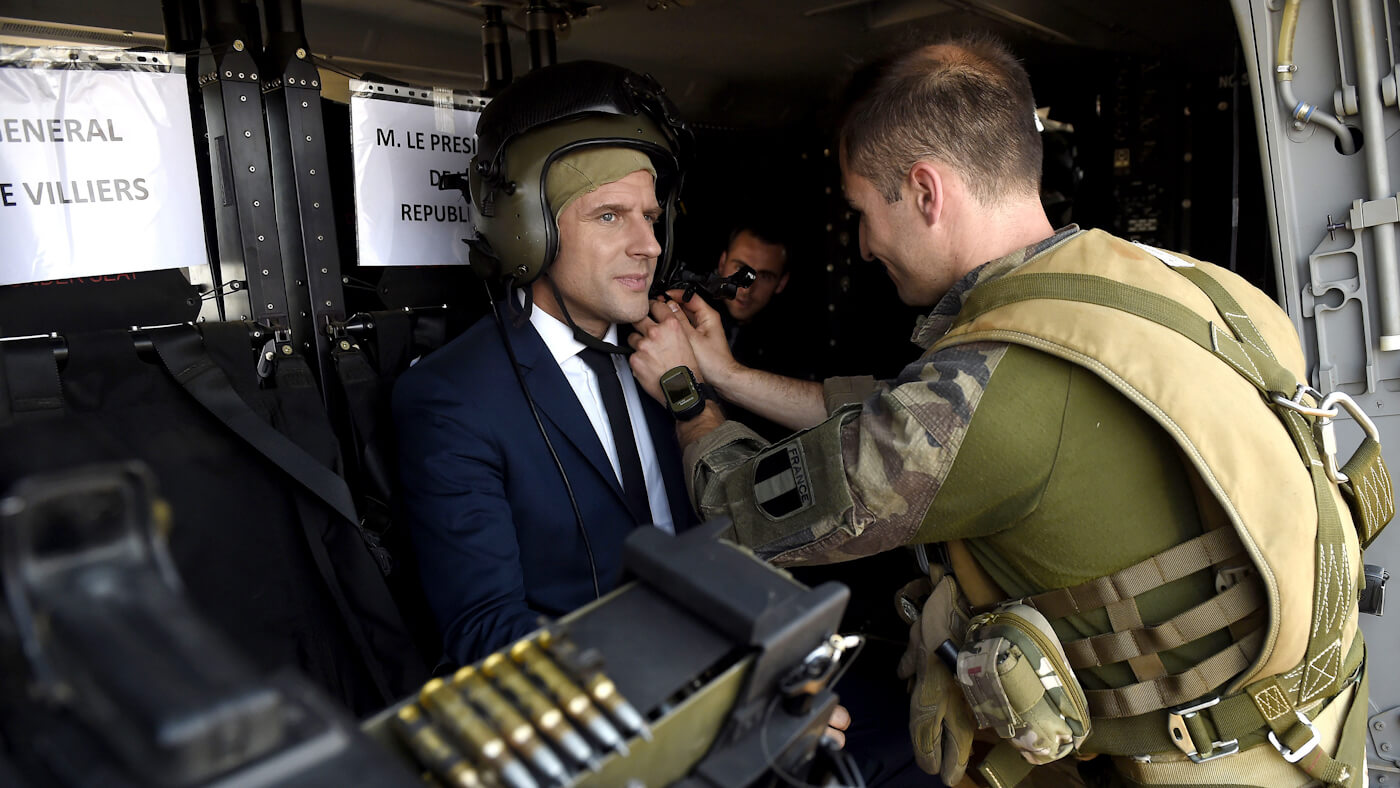 For a decade we have been revealing the incongruity of the French desire to re-establish its authority over its old colonies. This was the logic behind the nomination by President Nicolas Sarkozy of Bernard Kouchner as Minister for Foreign Affairs. Kouchner replaced the French Revolutionary idea of  “The Declaration of the Rights of Man and of the Citizen” with the Anglo-Saxon notion of human rights. Later, his friend President François Hollande declared, during a press conference on the fringes of the UN General Assembly, that it was time to re-establish a mandate over Syria. The great grand-nephew of ambassador François George-Picot (of the Sykes-Picot agreement), ex-President Valéry Giscard d’Estaing, spoke of this even more clearly. This should help us better to understand the desire of President Emmanuel Macron to continue the war against Syria, without the United States.

There has always been a “colonial party” in France which crosses all political parties and acts as a lobby in the service of the wealthy class. Just as in every period when it becomes difficult for unscrupulous capitalists to crush the national work-force, the myth of colonial conquest resurfaces. If the Yellow Vests revolt, let us continue with the exploitation of men by other men » on the backs of the Syrians.

Long ago, this form of domination hid, according to the words of Jules Ferry – under whose auspices François Hollande consecrated his son mandate – behind the duty of bestowing civilization. Today, it aims at protecting the people whose elected leaders are qualified as dictators. France is not the only ancient colonial power to act in this way. Turkey quickly followed on.

Three months after the attempted assassination and aborted coup d’état of July 2016, President Recep Tayyip Erdoğan gave his inaugural speech from the university which bears his name (RTEÜ). He delivered a list of the ambitions of the Turkish Republic since its creation and those of his new regime. Making an explicit reference to the National Oath (Misak-ı Millî) [4], which was adopted by the Ottoman Parliament on 12 February 1920, he justified his irredentism.

This Oath, which was the foundation of the passage of the Ottoman Empire to the Turkish Republic, lays claim to the territory in the North-East of Greece (Western Thrace and the Dodecanese), all of Cyprus, the North of Syria (including Idlib, Aleppo and Al-Hasakah), and the North of Iraq (including Mosul).

Currently, the Empire in re-formation already occupies the North of Cyprus (the pseudo-Turkish Republic of Northern Cyprus), the North-West of Syria, and a small part of Iraq. For all these areas, where the Turkish language and currency apply, prefects ( wali ») have been nominated, and their offices are situated in the White Palace of Ankara. A poster shows the French and British empires and bearing the inscription: “We will win because we are the stronger” in Paris on June 11, 1939. Photo | AP

As for the United Kingdom, it has been hesitating for two years about its future after the Brexit.

A little after the arrival of Donald Trump at the White House, Prime Minister Theresa May went to the United States. Speaking to the representatives of the Republican Party, she proposed re-establishing the Anglo-Saxon leadership of the rest of the world. But President Trump has been elected to liquidate these imperial dreams, not to share them.

Disappointed, Theresa May then traveled to China in order to propose that President Xi Jinping share control of international exchanges. The City, she said, was ready to ensure the convertibility of Western currencies into Yuan. But President Xi had not been elected to do business with an heiress of the power which had dismantled his country and imposed on the Chinese their opium war.

Theresa May tried a third version with the Commonwealth. Some of the ex-colonies of the Crown, like India, are today enjoying powerful growth and could become precious commercial partners. Symbolically, the heir to the throne, Crown Prince Charles, was raised to the Presidency of this association. Mrs. May announced that we are on our way to a global Britain.

In an interview with the Sunday Telegraph on 30 December 2018, the British Minister for Defence, Gavin Williamson, published his analysis of the situation. Since the fiasco of the Suez Canal in 1956, the United Kingdom has implemented a policy of decolonization and has withdrawn its troops from the rest of the world. Today, it conserves permanent military bases only in Gibraltar, Cyprus, Diego Garcia and the Falklands, to give these islands their imperial title. For the last 63 years, London has been oriented towards the European Union, invented by Winston Churchill, but to which, initially, he never imagined that England would belong. The Brexit tears this policy to shreds. From now on, the United Kingdom is back as a global power.

London is planning to open two permanent military bases. The first will probably be in Asia (Singapore or Brunei), and the second in Latin America – most likely in Guyana, in order to participate in the new stage of the Rumsfeld-Cebrowski strategy of the destruction of those regions of the world which are not connected to globalization. After the African Great Lakes, the Greater Middle East, it’s time for the Caribbean Basin. The war will probably start with an invasion of Venezuela by Colombia (pro-US), Brazil (pro-Israel) and Guyana (pro-British).

Taking no notice of the smooth speechifying of the French, the English built an empire with the collaboration of multinational companies in the service of which it placed its army. They divided the world into two parts, which may be summed up as follows – the sovereign was the King of England (and therefore submitted to political tradition over here ) and the Emperor of India (in other words subjected to the private East India Company and unlimited autocrat over there).

Decolonization was a corollary of the Cold War. It was forced on the states of Western Europe by the duopoly of the USA and the USSR. This held during the time of the unipolar world but now meets no obstacles since the US withdrawal from the Greater Middle East.

Feature photo | A French soldier adjusts the helmet of French President Emmanuel Macron prior to the take off with a military helicopter during his visit to the troops of Operation Barkhane, France’s largest overseas military operation, in Gao, northern Mali, May 19, 2017. Christophe Petit Tesson | AP