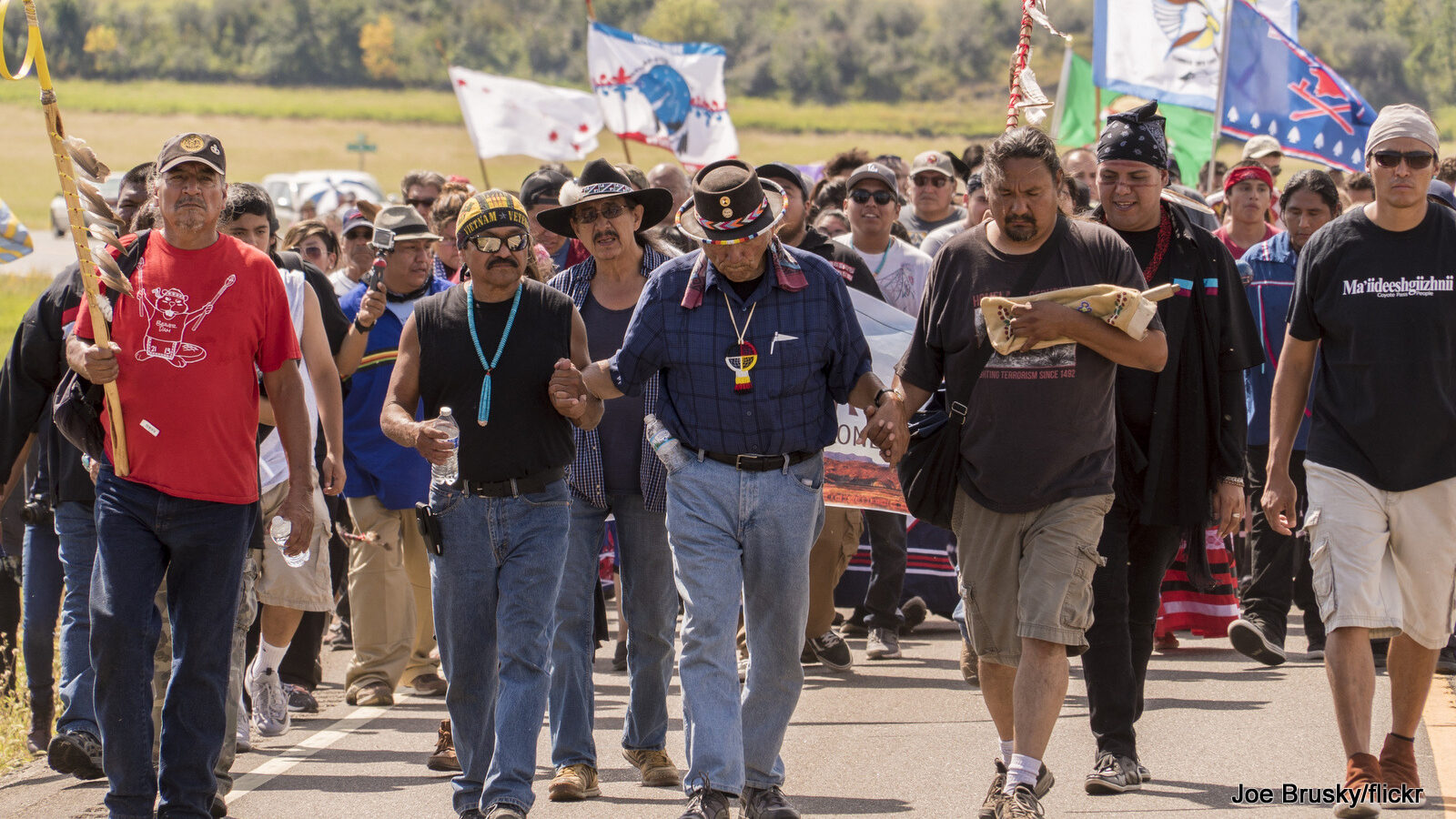 Organizers are demanding “a massive, just transition to a 100 percent renewable economy that ensures safe and healthy communities, the right to organize for all workers, and millions of family-sustaining jobs.”

The Peoples Climate Movement (PCM) has announced its next mass mobilization: Advocates across the globe plan to take to the streets on September 8 to challenge the Trump administration’s deregulatory agenda and encourage citizens and politicians alike to “rise for climate, jobs, and justice.”

The announcement comes as President Donald Trump and his appointees continue to wage war on national environmental regulations through rollback efforts that have been sharply condemned by environmental advocates, courts, and much of the public.

With the upcoming mobilization, PCM said it “aims to transform the energy of resistance into action by calling on leaders and elected officials to invest in real solutions to the climate crisis that prioritize the most impacted and vulnerable of our communities, like a massive, just transition to a 100 percent renewable economy that ensures safe and healthy communities, the right to organize for all workers, and millions of family-sustaining jobs.”

The rallies and marches, said PCM national director Paul Getsos, are part of “building power to bring about a new, clean energy economy,” as well as “a climate movement that is long lasting and sustainable.” Ahead of these events, various advocacy groups are highlighting how the climate crisis most severely impacts struggling communities.

Miya Yoshitani, executive director of the Asian Pacific Environmental Network, emphasized the importance of elected officials following the lead of these communities, which “means going beyond increasing temperatures, droughts, and rising sea levels; and recognizing that climate change is a threat multiplier for working families everywhere.”

“Extreme weather, rising sea levels, chronic diseases like asthma that are made worse by pollution, and the lack of clean drinking water in our schools and communities all take a toll on working class, people of color, and poor communities,” noted Lenore Friedlaender of SEIU Local 32BJ.

“We have the opportunity to create good jobs in wind, solar, and the renewable energy sector that move us to a healthier future and a more just society,” she declared. “The time to act is now.”

The mobilization will occur less than two months ahead of this year’s midterm elections and just days before the Global Climate Action Summit in San Francisco, California, which will bring together “anyone who recognizes that climate change is an existential threat to humanity” to discuss achievements, ways to improve climate policies, and “a call to action to nations to step up their ambition under the Paris Agreement.”

Top Photo | The movement to combat climate change is growing dynamically and unpredictably, and is facing increasing repression from the fossil-fuel industry and government authorities.