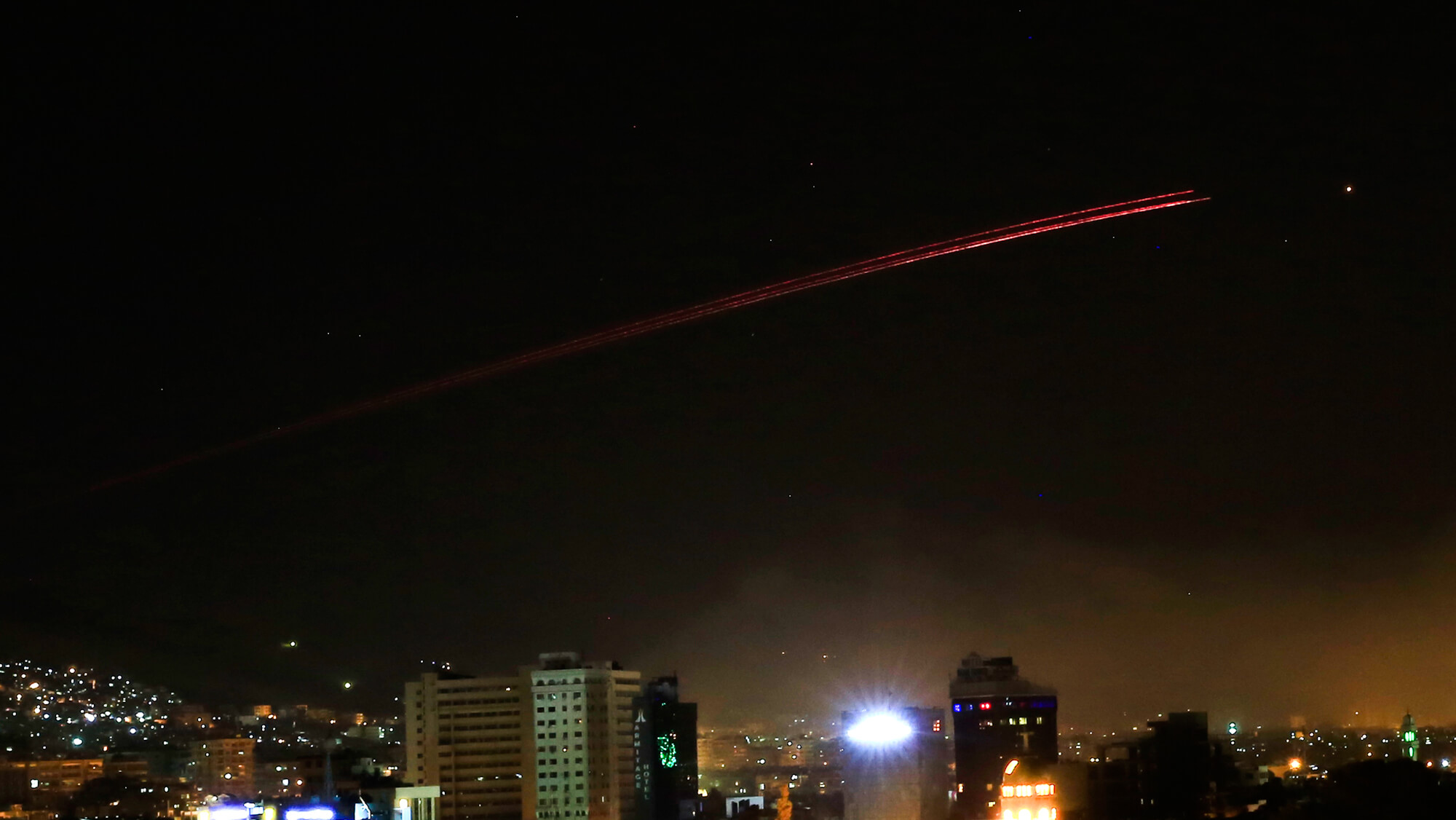 With the US support for Israel unwavering under the Trump administration, Israel may risk sparking a larger war in Syria knowing that the Americans will likely back them — no matter the cost.

MOSCOW —  After the Russian Ministry of Defense held the Israel Air Force solely responsible for the recent downing of a Russian Il-20 reconnaissance plane in Syria, Russia has announced that it will move forward with a long-standing Syrian government request for more advanced air defense systems, namely the Russian-made S-300. Syria purchased the S-300 in 2013 but, at the request of Israel, the system was never delivered.

While some analysts are suggesting that the delivery of the S-300 may halt Israel’s policy of unilateral military strikes against targets in Syria, recent statements from Israel’s defense minister that “nothing has changed” regarding its Syria policy despite the S-300’s imminent delivery suggest that the move may actually threaten more dangerous escalations in the conflict.

In a statement delivered on Monday, the Russian Ministry of Defense announced that the delivery of the S-300 systems to Syria would now move forward as originally intended and would take place in two weeks. Russian Defense Minister Sergei Shoigu further noted that, in addition to the delivery of the S-300, the Russian military will also supply better control systems to Syrian Air Defense troops, “which are only supplied to the Russian Armed Forces” and “will ensure identification of Russian aircraft by the Syrian air defense forces.”

Furthermore, the Russian military will introduce various electronic warfare countermeasures over the Syrian coast that will “suppress satellite navigation, onboard radar systems and communications of warplanes attacking targets on Syrian territory.” Overall, the measures, according to Shoigu, are intended to “cool down ‘hotheads’ and prevent misjudged actions posing a risk to our service members.”

The main reason for moving forward with the delivery as well as the other countermeasures was to prevent a repeat of the incident in which Syria’s aging S-200 systems shot down a Russian plane, killing 15 Russian servicemen, during a surprise Israeli attack on the Syrian coastal city of Latakia last Monday.

The Russian military stated on Sunday that the blame for the incident “lies entirely with the Israeli Air Force,” after an internal investigation found that the IDF had intentionally used the Russian jet as cover for the strike, which ultimately resulted in the plane’s destruction. Israel has denied the allegations and has placed the entirety of the blame for the incident on Syrian forces.

Given that the S-300 systems are vastly superior to Syria’s current S-200 systems, concerns have been raised by Israel — which has unilaterally struck Syria hundreds of times in the past few years — that the delivery of the new systems would risk making Syria “untouchable” and would threaten Israel’s “freedom of action” within the country.

Indeed, the S-300 would allow the Syrian military to “lock on” to Israeli jets within Israeli territory, given that the system is capable of firing within a range of 250 km (~155 miles), and would greatly impede Israel’s ability to enter Syrian airspace without consequence.

Yet, while some have taken the imminent presence of S-300 systems in Syria as a potential “checkmate” that could help bring the Syrian conflict — now in its seventh year — to a end, recent and past statements from Israel’s Defense Minister Avigdor Lieberman instead suggest that Israel may risk a dangerous escalation either before the installation of S-300 or even after they go live, though the former is more likely.

Russian S-300 air defense systems on display at the opening of the MAKS Air Show in Moscow, Russia. Photo | AP

Back in April, when the Russian government considered delivering the S-300 after the unilateral U.S./U.K./French military strike against Syrian targets in response to an alleged chemical weapons attack, Lieberman had issued not-so-veiled threats in which he said Israel would “destroy” Syrian missile defense systems, S-300 or not, if those systems targeted Israeli jets in Syrian airspace. Following Lieberman’s comments, Russia warned Israel against attacking S-300 installations if they were deployed, stating that such attacks would likely lead to a dramatic escalation in the conflict.

Despite the recent downing of the jet and Russian countermeasures, little seems to have changed over the past five months. During a radio appearance on Sunday, Lieberman was defiant, stating that the incident will in no way affect Israel’s policy of unilaterally bombing Syria regardless of imminent improvements to be made to the missile defense systems. Thus, Israel — despite the new risks — seems poised to continue striking Syria, which will likely lead Israel to make good on Lieberman’s previous threats to destroy the S-300 systems — a move that could lead to open war between Syria and Israel and even spark a wider conflict.

Israel unlikely to be deterred

The likelihood that Israel will continue targeting Syria — with or without S-300, and even at the risk of sparking a wider conflict — is heightened by the fact that the Syrian conflict itself is the result of an Israeli plan to overthrow Syrian President Bashar al-Assad.

State Department diplomatic cables released by WikiLeaks shows that in 2006, five years before the conflict in Syria manifested, the government of Israel hatched a plan to overthrow the Assad government by engineering sectarian strife in the country, creating paranoia within the highest ranks of the Syrian government, and isolating Syria from its strongest regional ally, Iran.

Israel then passed the plan along to the United States, which would then involve Saudi Arabia, Turkey, Qatar and Egypt in fomenting the “breakdown” of the Assad regime as a way of weakening both Iran and Hezbollah — with the effect of empowering both Israel and the Gulf monarchies, two seemingly disparate forces in the region that are becoming increasingly allied.

Leaked emails belonging to former Secretary of State Hillary Clinton further reveal Israel’s role in covertly creating the conflict and its clear role in securing the involvement of the U.S. and other nations in executing its plan for Assad’s removal. One email, forwarded by Clinton to her advisor Jacob Sullivan, argues that Israel was convinced that Iran would lose “its only ally” in the region were Assad’s government to collapse.

The fall of the House of Assad could well ignite a sectarian war between the Shiites and the majority Sunnis of the region drawing in Iran, which, in the view of Israeli commanders, would not be a bad thing for Israel and its Western allies.”

The best way to help Israel deal with Iran’s growing nuclear capability is to help the people of Syria overthrow the regime of Bashar Assad. … Bringing down Assad would not only be a massive boon to Israel’s security, it would also ease Israel’s understandable fear of losing its nuclear monopoly.”

In addition to being the “mastermind” behind the Syrian war, Israel spent large sums of money funding Syrian “rebels” along the border between Syria and the Israeli-occupied Golan Heights, and even recently oversaw the evacuation of rebels and their accessories from the area, once it was evident that Syrian forces would retake the region.

Given the breadth of its involvement in the conflict and its role in conceiving it, it seems unlikely that Israel will allow Syria to become “untouchable,” given also that Assad’s overthrow remains a crucial part of Israel’s geopolitical aims in the region. Furthermore, with the U.S.’ support for Israel unwavering under the Sheldon Adelson-funded Trump administration, Israel may feel comfortable taking a risk of sparking a larger war in Syria, knowing that the Americans will likely back them — no matter the cost.