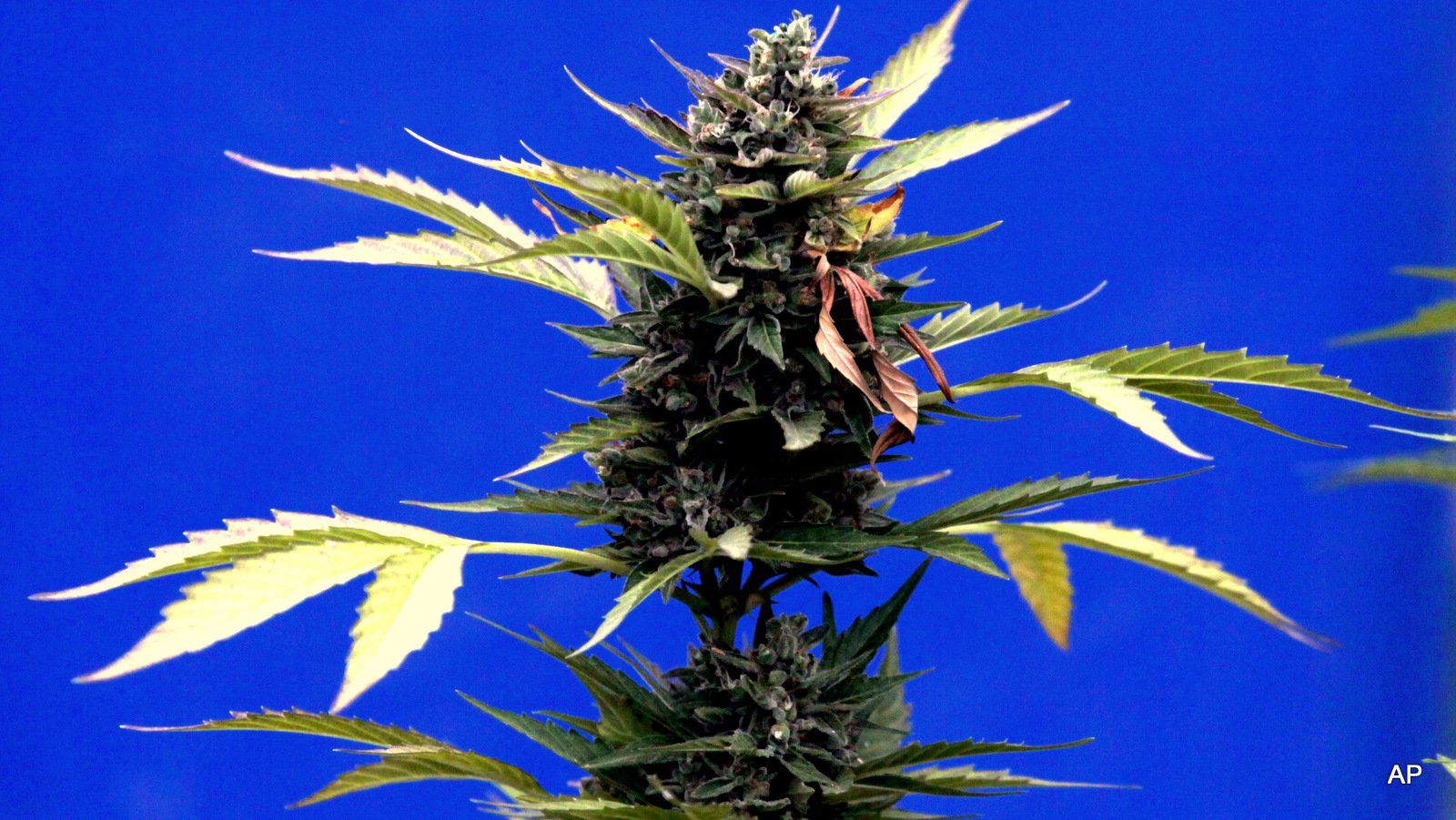 UPDATE: Since this story was published, the MN senate has passed a bill legalizing medical marijuana.  Read more about the bill here.

But, with only a few weeks left in this year’s legislative session, law enforcement continues to oppose a highly-restrictive form of legalization of the drug, prompting lawmakers to make further slashes to medical marijuana patients’ rights as afforded by the already strict proposed legislation. Thus, prompting some to wonder if an ultra-restrictive form of medicinal marijuana legalization is better than no form of legalization at all.

Early last week, it appeared Minnesota was inching closer to passing a bill proposed by Sen. Scott Dibble (D-Minneapolis), after the measure passed through several Senate committees. Under Dibble’s legislation, persons with specific debilitating medical conditions such as cancer, HIV/AIDS, epilepsy, glaucoma, and severe, debilitating pain would be able to legally possess 2.5 ounces of the substance.

The House version of Dibble’s bill, sponsored by Rep. Carly Melin (D-Hibbing) had passed House committees this past March. Although it’s believed there is enough support in both Houses to pass the legislation, a vote has not been called yet. But it should be noted a vote is expected sometime this week — possibly as early as Tuesday — after the legislation makes its way through all of the necessary committees.

Given all of the setbacks medical marijuana legalization advocates have faced in an attempt to legalize medicinal use of the drug in the state in the past year or so, many applauded the progress of the legislation last week through the state Senate, with Heather Azzi, political director of Minnesotans for Compassionate Care, calling it “a breath of fresh air for seriously ill Minnesotans….”

By the end of the week Azzi and many other medical marijuana legalization advocates had changed their tune when it was announced Dibble had agreed to remove the ability to smoke marijuana from his bill, and Melin had introduced an entirely new piece of legalization legislation, in which medicinal legalization would occur in the form of a severely limited clinical trial.

Like in all trials, some of the patients would receive marijuana, while others received a placebo. Parents of children who have seizures have the ability to opt out of the possibility their child would be given a placebo, but adults would not be given that option.

Supported by law enforcement officials, under Melin’s proposal — which is similar to Gov. Dayton’s proposal that advocates deemed unworkable — patients in Minnesota would not be allowed to smoke the drug, which some have argued is not an acceptable provision because smoking allows the medicinal properties of the drug to be emitted more than other forms.

For example, Minnesota resident Joni Whiting shared at a press conference last May, when Melin’s first medical marijuana legalization bill was introduced, that her daughter Stephanie who was suffering from skin cancer, had tried Marinol, a drug that contains THC, but Whiting said it did absolutely nothing for Stephanie.

“It was only from her smoking it that it released some chemical that helped her,” Whiting said, adding that her daughter was able to live 89 more days after smoking marijuana since the drug allowed her to have an appetite.

Despite stories similar to Whiting’s, and the fact that no other state prohibits smoking marijuana, the smoking ban was included by lawmakers in order to appease law enforcement, that has long advocated strong opposition to patients’ ability to smoke the drug. Some argue law enforcement is only opposed to smoking marijuana because police officers in the state want to retain their ability to interrogate an individual for solely smelling marijuana.

While Melin’s latest proposal allows patients to use a vaporizer, the patients enrolled in the trial would only be allowed to use a vaporizer under a doctor’s supervision, and only includes Minnesotans who suffer from seizures, cancer, glaucoma, HIV/AIDS, Tourette’s syndrome, ALS, multiple sclerosis, and Crohn’s disease.

“This proposal and testimony from law enforcement officials this week demonstrate just how unqualified they are on this subject,” Azzi said. “If they know what they’re doing, they are intentionally trying to prevent seriously ill Minnesotans from ever being able to access medical marijuana. If they don’t know what they are doing, they need to step aside and let those who do get the job done.”

Patrick McClellan, a Minnesota resident who suffers from a rare form of muscular dystrophy, and benefits from the use of medical marijuana with the help of a vaporizer, expressed his concern about the requirement patients would only be allowed to vaporize under a doctor’s supervision.

“My severe muscle spasms and pain are not confined to a 9-to-5, Monday through Friday businessweek,” McClellan said. “I use medical marijuana when I begin to have extreme spasms that can last for hours. I would not be able to get in a car and drive to my doctor’s office, assuming they are even open and available to see me.

“Would these legislators and law enforcement officials be willing to visit their doctors’ offices every time they use their medications? Patients should follow their doctor’s advice, not follow them to work every day,” he said.

Azzi agreed that particular clause was troubling, explaining that “People suffering from cancer or epilepsy should not have to travel to their doctors’ offices just to use a medication that is safer than other drugs they have been prescribed.”

Looking for federal approval? Probably not going to get it…

Another problem Azzi sees with Melin’s most recent, “unworkable” proposal is that the clinical trial would require the state Department of Health to obtain marijuana from the federal government. Since the federal government hasn’t followed the footsteps of about 21 other states and Washington, D.C. by legalizing use of medical marijuana, even though an estimated  80 percent of Americans support medicinal legalization, it’s unlikely the feds would help a state legalize the drug by providing a marijuana supply.

As it was recently reported in the past few months, the feds have largely denied medical researchers from examining the drug for decades, especially if the feds believed the researchers were looking to find positive and healing components of the drug.

Aware of the feds likely resistance to provide medical marijuana for a statewide study, Melin included an option for the state to provide the marijuana for the clinical trial. Azzi says the state’s clinical trial only includes a handful of medical conditions, and thereby excludes populations of sick persons that have been proven to benefit from use of the drug in other states, such as those with glaucoma and post-traumatic stress disorder.

Even the federal government’s own medical marijuana program, included glaucoma as a qualifying condition, which Azzi points out proves just how restrictive this latest proposal is. She says at least two of the four remaining persons in the federal program wouldn’t qualify for Minnesota’s program.

During the announcement of the bill last Thursday, Melin said the reason some medical conditions were not included in the measure was because some, such as PTSD and intractable pain, are best treated by smoking marijuana, which would not be allowed under this bill.

Azzi has also expressed concern with the lack of protection afforded to medical professionals in the state under Melin’s latest proposal, since the bill doesn’t so much legalize medicinal use of the drug in the state, but instead only creates a trial.

As a result, some have argued that California’s program was too broad, which is why it caught the attention of federal officials, and is cited by legalization advocates across the U.S. of how not to legalize medical marijuana.

For example, a ban on outdoor home cultivation of marijuana has forced 42-year-old California medical marijuana patient Randy Barrett to choose between illegally growing his own medical supply at a cost of about $5 per ounce, or paying between $400 and $500 a month for an ounce of his medicine.

Though Barrett retains the legal right to grow his medicine indoors, not every patient has the room to grow their medicine indoors, and in some parts of California, indoor growing operations are also being banned. The fine for continuing to grow is about $1,000 per plant.

As a result of these changes to California’s program, a survey from Americans for Safe Access found that one in four medical marijuana patients had driven 50 miles or more in order to buy their medicine. Even more startling is the finding that almost half of all patients — 46 percent — reported they had gone without their medicine at times because they couldn’t afford the high dispensary prices and were unable to travel long distances to buy marijuana.

Even before all of the trouble began with the closures of dispensaries in parts of California, and bans on growing operations took effect, medical professionals who supported use of medical marijuana and made recommendations to patients were targeted by the state’s Attorney General Dan Lungren, whose efforts to fight legalization were supported by more than 300 police officers from across the state.

Many physicians ended up fighting Lungren in court, since the doctors argued they didn’t violate any law when they recommended — note not prescribed — use of the drug to a patient, and said any conversation a doctor has with a patient should be protected under the First Amendment.

Talking to MintPress News last November, Kris Hermes, media liaison for the medical marijuana advocacy group Americans for Safe Access, explained that many doctors are reluctant to recommend medical marijuana out of concern that it could jeopardize their medical license, since the DEA is the agency responsible for determining whether a doctor can be licensed to prescribe medicine.

But as Hermes pointed out, doctors are legally protected under the First Amendment to recommend — not prescribe — marijuana to patients, so the DEA can’t technically revoke a doctor’s license for recommending that a patient use medical marijuana.

But since Melin’s latest proposal would require doctors in Minnesota to supply marijuana to patients, it’s not clear if medical professionals in the state would be protected from federal prosecution.

Supporting even the smallest victories

“I’m excited to see where it goes from here,” said “TwinCitiesMac,” a medical marijuana legalization advocate and patient. “We still have a few hurdles to jump, but the process is well on its way.”

TwinCitiesMac says he is ultimately ok with the smoking ban, explaining that “vaporizing is the future” since it’s a healthier alternative to smoking. However the medical marijuana patient who uses a vaporizer to help with mental health issues, says he recognizes that “The doctors office drive is clearly going to become a tedious task for people who vape often.”

Angela Weaver, a Hibbing, Minn., resident whose daughter, Amelia, has a rare form of epilepsy known as Dravet syndrome, also applauded Melin’s latest proposal, since she says her daughter can’t wait any longer to obtain her medicine.

“If we don’t pass this bill we will be moving to Colorado,” Weaver said. “Amelia can’t suffer anymore.”

Though Gov. Dayton has long said he would only sign off on legislation if law enforcement supported it, which is the case with Melin’s latest proposal, the governor hasn’t publicly stated whether he would sign the bill into law if it passed.

Dayton released a statement explaining he hadn’t decided yet whether to support the bill since “The bill places heavy new responsibilities on the Minnesota Department of Health.” Dayton went on to explain that he has asked Commissioner Edward Ehlinger to assess the costs of implementing a clinical trial and its practicability, and added that he has asked “legal counsel to assess the potential liability to the state from sponsoring such trials.”