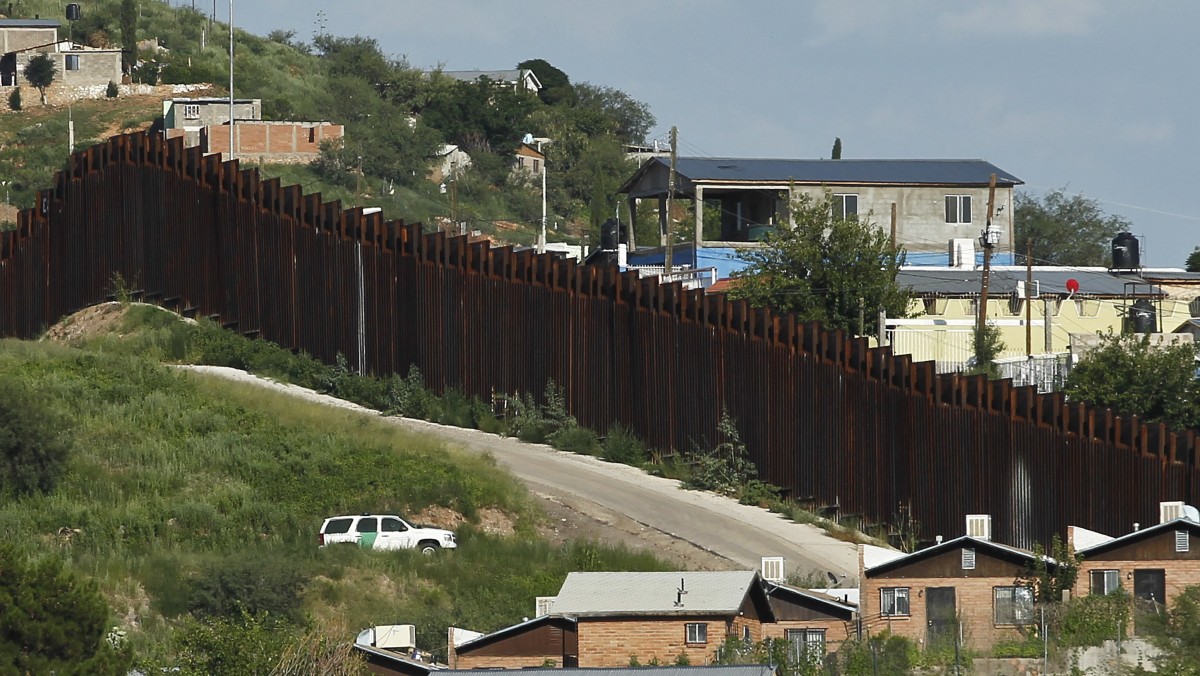 Mexican Immigration Reverses: Why Does Trump Still Want A Wall?

In this March 17, 2009, two men scale the border fence into Mexico a few hundred yards away from where U.S. Navy teams are building a 1,500 foot-long concrete-ined drainage ditch and a 10 foot-high wall to increase security along the U.S. and Mexico border in Douglas, Ariz. (Flickr / U.S. Navy / Steelworker 1st Class Matthew Tyson)

A report from the Pew Research Center released Thursday claims that more Mexicans are leaving the US than entering it. According to report there has been a net decline of 140,000 Mexican immigrants from 2009 to 2014. The reasons for the decline were tied to the Great Recession and Mexican immigrants wanting to reunite with their families.

The “recovery” constantly touted by the Obama Administration has been mostly limited to the rich and super-rich. Of particular concern to low-skilled Mexican immigrant workers is that the US construction industry has not recovered to pre-Great Recession levels of growth and employment.

Meanwhile, fears of illegal Mexican immigration have become a central focus of the Republican presidential primary. The current and consistent leader in the polls, Donald Trump, has promised to build a wall on the US-Mexico border to keep out undocumented Mexican workers and has made illegal immigration one of the primary issues of his campaign.

Trump said the wall will be “great” and that he will, somehow, make Mexico pay for it:

“I would build a great wall — and nobody builds walls better than me, believe me, and I’ll build them very inexpensively. I will build a great great wall on our southern border and I will have Mexico pay for that wall, mark my words.”

Putting aside the feasibility of the wall financing plan, why does the US still need a “great wall” on the southern border if Mexican immigration is reversing?

The answer, unfortunately, is that illegal immigration has become a stand-in for anxiety about losing power and influence among white voters; changing demographics are set to make whites a minority in 30 years.Trump has stopped short of endorsing white nationalism, but other conservatives have noticed that his candidacy may mark the beginning of a mainstreaming of “white identity politics.”

For Trump supporters, the wall may be more symbolic than practical — a wall to keep those out that threaten their sense of security, in all its dimensions.

Watch “Donald Trump: I Will Build GREAT, GREAT WALL and Make Mexico Pay for It“: