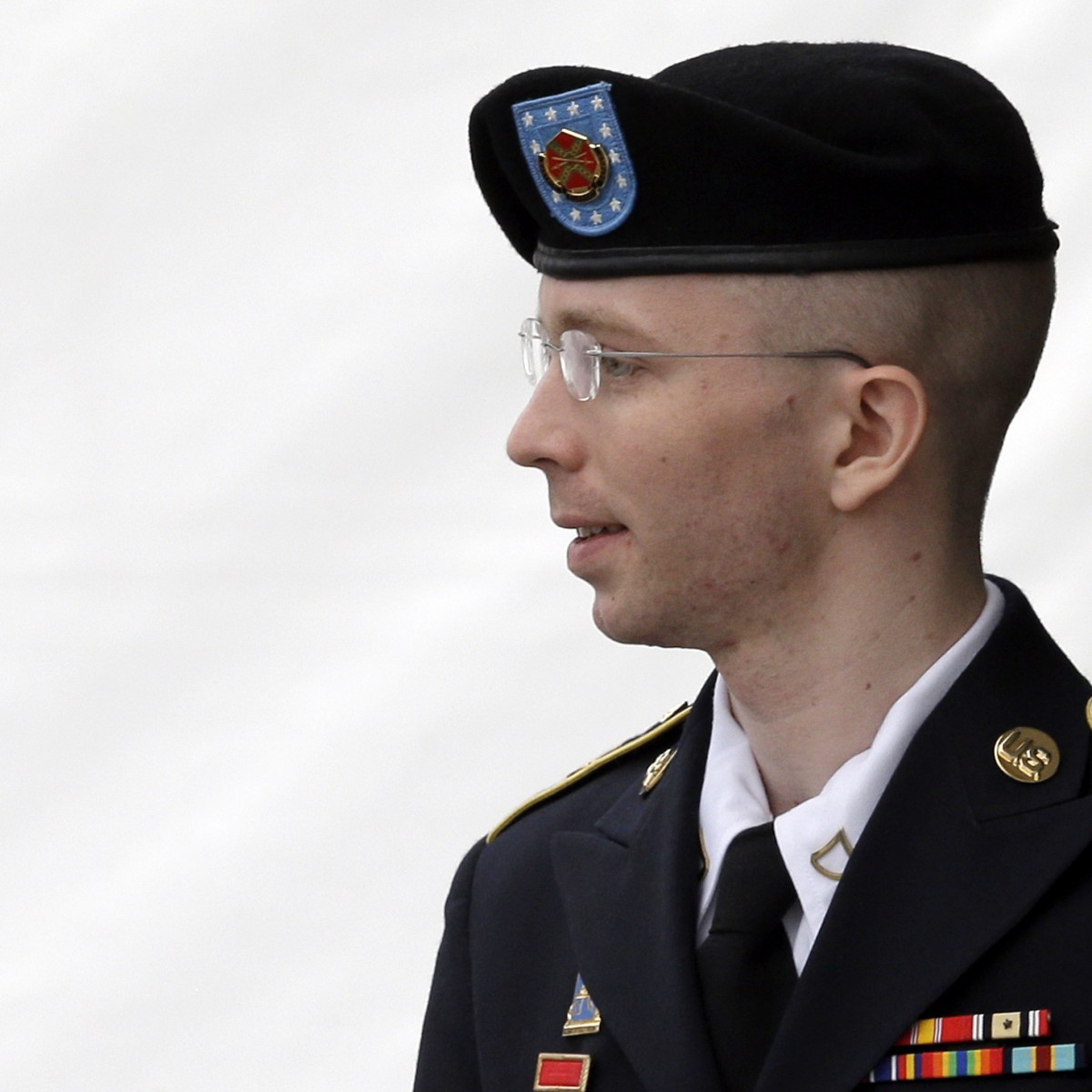 Memo From Oslo: If Peace Is Prized, A Nobel For Bradley Manning

In truth, the Nobel Peace Prize needs Bradley Manning much more than the other way around.

Army Pfc. Bradley Manning is escorted out of a courthouse in Fort Meade, Md., Tuesday, July 30, 2013, after receiving a verdict in his court martial. Manning was acquitted of aiding the enemy, the most serious charge he faced , but was convicted of espionage, theft and other charges, more than three years after he spilled secrets to WikiLeaks. (AP Photo/Patrick Semansky)

The headquarters of the Nobel Committee is in downtown Oslo on a street named after Henrik Ibsen, whose play “An Enemy of the People” has remained as current as dawn light falling on the Nobel building and then, hours later, on a Fort Meade courtroom where Bradley Manning’s trial enters a new stage — defense testimony in the sentencing phase.

Ibsen’s play tells of mendacity and greed in high places: dangerous threats to public health. You might call the protagonist a whistleblower. He’s a physician who can’t pretend that he hasn’t seen evidence; he rejects all the pleas and threats to stay quiet, to keep secret what the public has a right to know. He could be content to take an easy way, to let others suffer and die. But he refuses to just follow orders. He will save lives. There will be some dire consequences for him.

The respectable authorities know when they’ve had enough. Thought crimes can be trivial but are apt to become intolerable if they lead to active transgressions. In the last act, our hero recounts: “They insulted me and called me an enemy of the people.” Ostracized and condemned, he offers final defiant words before the curtain comes down: “I have made a great discovery. … It is this, let me tell you — that the strongest man in the world is he who stands most alone.”

Alone Bradley Manning will stand as a military judge proclaims a prison sentence.

As I write these words early Monday, sky is starting to lighten over Oslo. This afternoon I’ll carry several thousand pages of a petition — filled with the names of more than 100,000 signers, along with individual comments from tens of thousands of them — to an appointment with the Research Director of the Norwegian Nobel Committee. The petition urges that Bradley Manning be awarded the Nobel Peace Prize. Like so many other people, the signers share the belief of Nobel Peace laureate Mairead Corrigan-Maguire who wrote this summer: “I can think of no one more deserving.”

Opening heart and mind to moral responsibility — seeing an opportunity to provide the crucial fuel of information for democracy and compassion — Bradley Manning lifted a shroud and illuminated terrible actions of the U.S.’s warfare state. He chose courage on behalf of humanity. He refused to just follow orders.

“If there’s one thing to learn from the last ten years, it’s that government secrecy and lies come at a very high price in blood and money,” Bradley Manning biographer Chase Madar wrote. “And though information is powerless on its own, it is still a necessary precondition for any democratic state to function.”

Bradley Manning recognized that necessary precondition. He took profound action to nurture its possibilities on behalf of democracy and peace.

No doubt a Nobel Peace Prize for Bradley Manning is a very long longshot. After all, four years ago, the Nobel Committee gave that award to President Obama, while he was escalating the war in Afghanistan, and since then Obama’s dedication to perpetual war has become ever more clear.

Now, the Nobel Committee and its Peace Prize are in dire need of rehabilitation. In truth, the Nobel Peace Prize needs Bradley Manning much more than the other way around.

No one can doubt the sincere dedication of Bradley Manning to human rights and peace. But on Henrik Ibsen Street in Oslo, the office of the Nobel Committee is under a war cloud of its own making.

Norman Solomon is co-founder of RootsAction.org and founding director of the Institute for Public Accuracy. His books include “War Made Easy: How Presidents and Pundits Keep Spinning Us to Death” and “Made Love, Got War: Close Encounters with America’s Warfare State.”