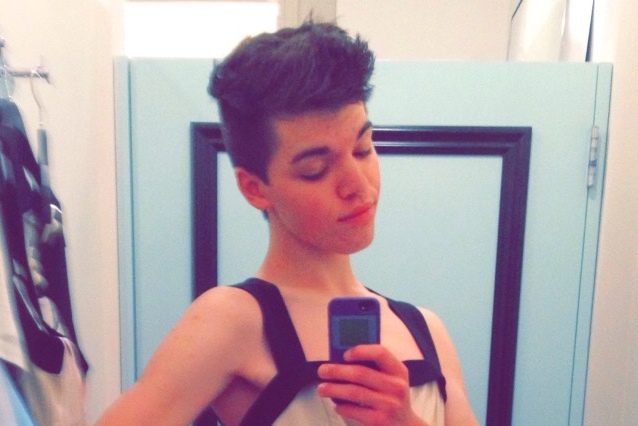 Leelah Alcorn And The Quiet Genocide Of Transgender People

Leelah Alcorn’s death was a preventable tragedy. Here was a 17-year-old girl with full access to all of the information available in the 21st century about transgender identities, including many safe and effective ways to transition. But as she wrote in her own suicide note before jumping in front of a tractor trailer this week, there was no hope attached to those possibilities — no trust that it could, in fact, get better. She had given up on crying for help.

Reacting to her death on a personal level, I was reminded of some research done by two professors at James Madison University, Sue Spivey and Christine Robinson. A few years ago, Spivey and Robinson conducted an in-depth investigation of ex-gay therapy and the groups that promote it, analyzed through the lens of “social death” and the United Nation’s definitions of genocide. The U.N.’s 1948 Convention of the Prevention and Punishment of the Crime of Genocide lays out several definitions besides explicit mass murder, and Spivey and Robinson found that the ex-gay movement arguably constituted all of the definitions of genocide other than mass murder. Here’s the full list:

The same approach has not yet been taken for transphobia, but as an academic model, it’s a useful tool. Even if specific individuals are not orchestrating a genocide of transgender people, culture arguably is. Despite the rapid progress of LGBT equality in recent years, an overwhelming rejection of non-heterosexual sexual orientations and non-cisgender gender identities persists in communities across the country, and the mental and physical health consequences for LGBT people have been increasingly documented.

A selfie posted by Leelah Alcorn before her suicide.

Glancing at the list of the U.N.’s definitions, it’s actually easy to see how they apply to the transgender community. Trans people are regularly subjected toviolent hate crimes, to the extent that those crimes are even properly documented. Campaigns against trans equality regularly portray trans people as predatory perverts, diminishing their ability to interact with the public square in even the most basic of ways. The Southern Baptist Convention, one of the largest church groups in the country, preaches that transgender identities don’t even exist, and that trans people should not be respected for being true to their gender. Transgender people are more likely to be unemployed, homeless, denied health care, denied police protection, and living in poverty. In many states, to even receive legal documentation respecting their identities, trans people must first undergo sterilizing gender reassignment surgeries, sacrificing their reproductive ability even if they don’t feel it’s an important step to take in their transition, though that reality is slowing improving. Transgender parents have also had their gender identities used to reject them custody of their own children.

Targeted for often-lethal violence. Targeted for harassment with inaccurate demonizing stereotypes. Refused basic access to goods and services. Forced to give up their reproductive ability to be recognized. Denied custody of their own children. It’s not a stretch to see how cultural transphobia could constitute a form of genocide.

I learned about Leelah’s death while traveling and expressed my grief on Twitter as such: “Rejecting the reality of LGBT identities is a form of genocide, an attempt to erase whole communities. Unfortunately, sometimes it works.” Fox News contributor — and no friend to the LGBT community — Erick Erickson felt my tweet was insensitive to Holocaust victims, and encouraged his Twitter followers to think so too.

I have since been inundated with responses from conservatives who largely don’t think I know what words mean. Among the prominent arguments they made was that I was trying to compare the plight of LGBT people to the Holocaust or other genocides like in Rwanda. Of course those events are vastly different, but one need not humor a hierarchy of oppression to oppose all forms of it.

But there was another kind of point that I was trying to make with my Twitter comments. The impact of all forms of LGBT discrimination and rejection can be measured in years of life lost, even if those years aren’t taken directly through the act of mass murder. A pair of recent studies analyzed communities that were not welcoming to people who were gay, lesbian, or bisexual and the LGB people who lived there. LGB people living in unfriendly communities had a life expectancy that was, on average, 12 years shorter than for those LGB people living in more welcoming places. This was largely because of violence, suicide, and even heart attacks, thanks, presumably, to the increased levels of minority stress. The other study in the pair found that the effect even extended to those people who were imposing the homophobia. The effect was more subtle, but those with less tolerant views on homosexuality had a life expectancy that was about 2-3 years shorter than those who were more inclusive.

Similar studies have not yet been replicated for transgender people, but there’s no reason to believe the results would be much different. We already know that transgender people attempt suicide at 25 times the national average.

Neither bullying nor rejection nor discrimination causes suicide. But depression and hopelessness certainly can contribute to suicidal thinking. It’s not hard to glean from her writing that Leelah was very aware of her circumstances and able to articulate them thoughtfully. But she was smothered with intolerance. In her Ohio community, she felt that there was no safe place; she could not find the affirmation she needed at home to believe there was a possibility of living on. “The only way I will rest in peace is if one day transgender people aren’t treated the way I was,” she wrote, that “they’re treated like humans, with valid feelings and human rights. Gender needs to be taught about in schools, the earlier the better. My death needs to mean something. My death needs to be counted in the number of transgender people who commit suicide this year. I want someone to look at that number and say ‘that’s fucked up’ and fix it. Fix society. Please.”

The first step in fixing that problem is acknowledging that we have it, and if Erickson’s followers are any indication, there is a long road ahead. Few who were energized by his tweet actually commented on Leelah’s death, but their point of view was crystal clear on the occasion that they did. As one user wrote, “The only person accountable for a suicide is the person who committed it.”