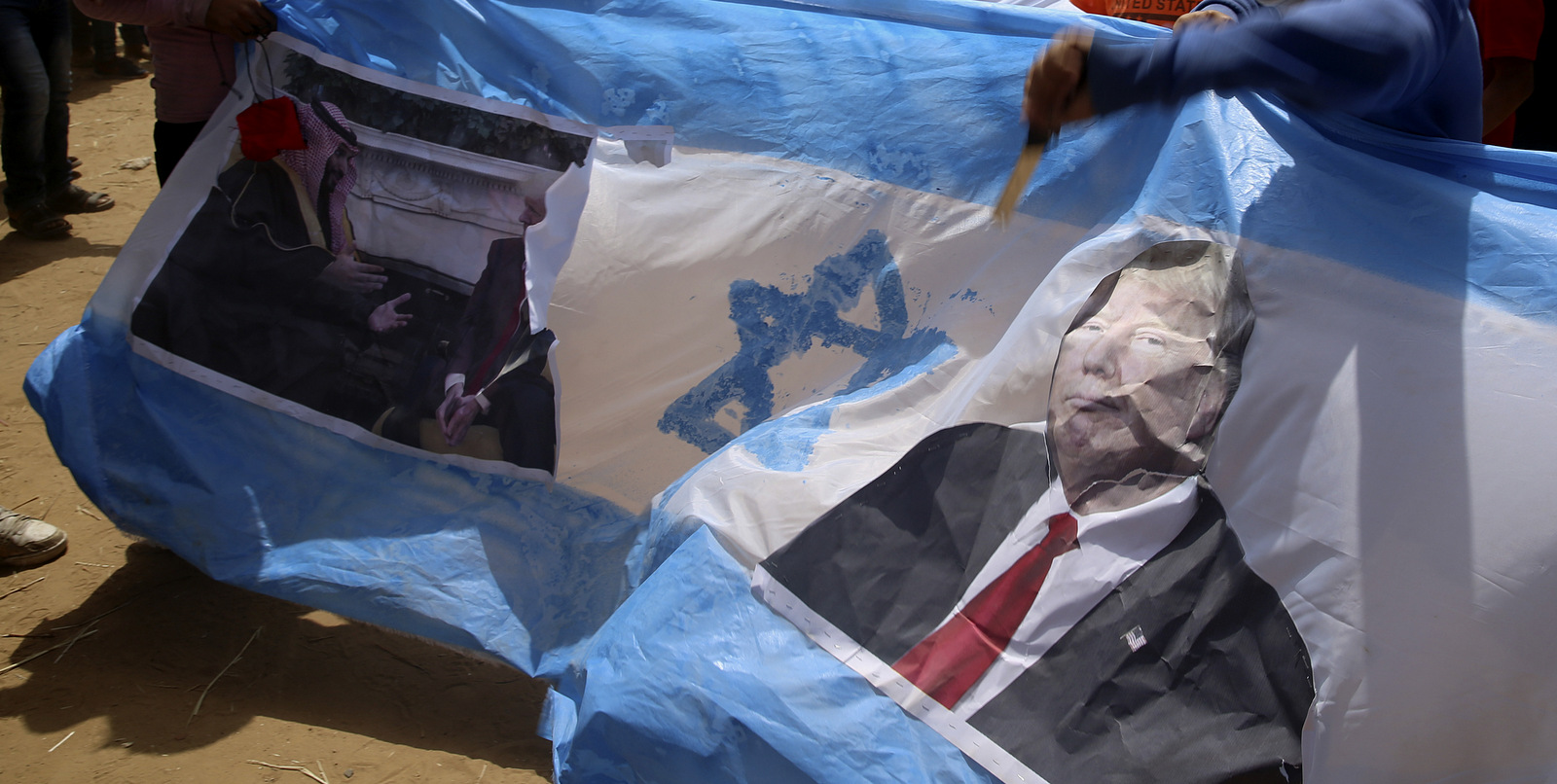 Looked at objectively, both Saudi Arabia and Israel should be anachronisms. Two nations making outrageous, unprovable claims of divine right that in turn excuses undemocratic, racist-like behavior and policies.

In a 2 April 2018 interview in the Atlantic, Saudi Arabia’s Crown Prince Mohammed bin Salman publicly declared that the Israelis “have a right to live in their own land just like the Palestinians.” It is a problematic assumption, given that the Israelis’ “own land” is the land they took away from the Palestinians. This, and much else, has been either forgotten or ignored by the Saudi crown prince.

Seventy-three years ago Saudi Arabia’s first king, Abdulaziz Ibn Saud, expressed a very different position in a series of letters to Franklin Delano Roosevelt. For instance in a letter of November 1938 Ibn Saud had wrote “The [European] Jews have no right to Palestine and their claim is an act of injustice unprecedented in the history of the human race.” Sadly, there was in fact plenty of precedent when it came to colonial injustice, but Ibn Saud’s declaration certainly demonstrated the King’s depth of feeling. Other letters followed, predicting that Palestine was bound to become a “hotbed of disturbances and troubles” if the Zionists got their way.

The two leaders finally met face to face in 1945 on the U.S. Cruiser Quincy during FDR’s return trip from Yalta. In that meeting Roosevelt tried to convince the Saudi ruler to allow European Jewish occupation of Palestine. Ibn Saud countered that “Make the enemy and the oppressor pay; that is how we Arabs wage war.” He continued, “Amends should be made by the criminal, not by the innocent bystander. What injury have Arabs done to the Jews of Europe? It is the ‘Christian’ Germans who stole their homes and lives.” He finally added that “The Arabs would choose to die rather than yield their land to the Jews.”

Now Crown Prince bin Salman shows us that a lot has changed in the intervening years. Zionist Israel has become an established “fact on the ground” and thus settler colonialism is well rooted in Palestine. Saudi Arabia has, perhaps begrudgingly, accepted this change – and it is not hard to see why.

The Saudis have built their security around an alliance with Israel’s major backer, the United States. One price paid for that alliance has been a de facto acceptance of Israel’s existence. Thus, Saudi dislike of Israel has been largely rhetorical. However, it would seem that Crown Prince Mohammed bin Salman has finally abandoned even that facade. That is why during the prince’s recent trip to the U. S., he was found publicly rubbing shoulders with AIPAC.

In the face of their inability to do anything about the Zionist occupation of Palestine, the Saudis have moved on to focus on other enemies. This proved easy because there has always been another assumed foe out there. This enemy is the Shiite Muslims, whom the Sunnis have always seen as apostates. Specifically, the enemy is now Shiite Iran. The Saudi crown prince, once more resorting to hyperbole, claims that country’s supreme leader, Ayatollah Ali Khamenei, “makes Hitler look good.” Then there are Hezbollah in Lebanon and the Zaydis Houthi of Yemen – all Shiite and all seen as enemies.

The interesting part of this shift in enemies is that by now focusing on the Shiites, and particularly Iran (which, since the 1979 revolution, has not accepted the permanence of Zionist Israel), the Saudi crown prince has discovered that “there are a lot of interests we share with Israel.”

The Saudis and the Israelis no doubt make an odd couple. However, there are, if you will, inborn similarities. For instance:

— Both Israel and Saudi Arabia assert that they are “chosen people” and therefore nations blessed by their “one true God.” In both cases this assertion has led to a claim that the territory they control is “holy land” – divinely granted to them.

— Also, in both cases, the religious leadership of society exercises guiding influence over many internal policies.

— As a consequence, both the Saudis and the Israelis run their respective countries like restricted clubs. One demands that you be Jewish to have membership rights, and the other wants you to be a Wahhabi Sunni Muslim. Outsiders claiming equal club rights (here read citizenship) are going to be restricted, persecuted or just expelled. And, of course, in both cases minority groups do claim such rights: in Israel it is the Palestinians and in Saudi Arabia it is the Shiite population of the eastern Arabian peninsula.

Looked at objectively, both Saudi Arabia and Israel should be anachronisms. Two nations making outrageous, unprovable claims of divine right that in turn excuses undemocratic, racist-like behavior and policies. And the United States, which also sees itself as God-blessed, readily backs them both.

What this suggests is that, even amidst an increasingly high-tech culture, medieval thinking is still with us – deeply enough embedded to influence the thinking of millions, shape government policy and wage crusades. Glory be!