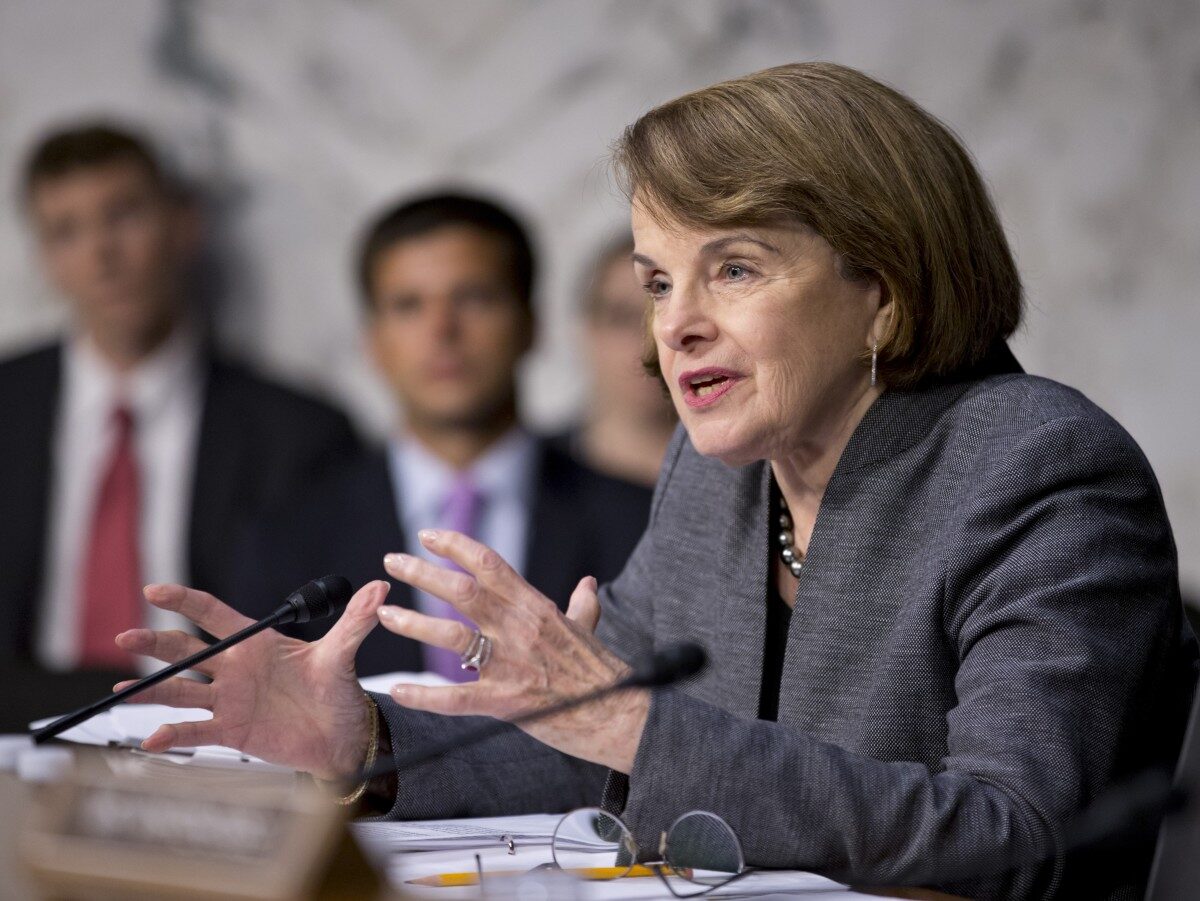 The House and Senate intelligence committees withhold details of CIA drone from all other members of Congress.

This article comes from the Bureau of Investigative Journalism.

In the Bureau’s latest investigation into the tactic of ‘double-tap’ strikes on rescuers, our field researcher’s findings appear to directly contradict an account of a strike attributed to staffers of the Congressional bodies charged with overseeing CIA drone strikes.

The House and Senate intelligence committees are responsible for scrutinising the highly classified CIA drone programme. Details of CIA drone strikes are withheld from all other members of Congress.

Dianne Feinstein, chair of the Senate Select Committee on Intelligence (SSCI) has said her committee devotes ‘significant time and attention to the drone programme’ and since 2010 has met each month to ‘review strike records and question every aspect of the program including legality, effectiveness, precision, foreign policy implications and the care taken to minimise noncombatant casualties.’

But committee members have complained about being denied information – and a source with knowledge of the committees’ functioning told the Bureau: ‘It’s a serious question as to how much any elected official could possibly understand about what’s going on inside’ the intelligence agencies.

In 2012 the Los Angeles Times published what it said was adetailed account of these meetings – based on anonymous briefings – outlining how committee members and aides from the House and Senate committees go to the CIA headquarters each month to watch video footage of recent drone strikes.

But new findings from the Bureau’s field research differ sharply from the account of what was reportedly shown to the committees on one occasion.

But Bureau field research and multiple credible reports tell a different story, in which the day’s events appear to be significantly more complex. The BBC, CNN and other international news outlets were among those reporting that the missile that killed al-Libi was the final part of a sequence of attacks that killed between 14 and 18 people. Sources including the Washington Post reported that after an initial strike, drones returned to attack those carrying out rescue work.

If the report of what was shown to the oversight committees is accurate – and if the Bureau and other news agencies are correct – then it appears that committee members were only shown video covering the final part of the incident, giving a misleading impression that concealed over a dozen deaths.

The SSCI’s website states: ‘By law, the President is required to ensure that the committee is kept “fully and currently informed” of intelligence activities.’

CIA spokesman Edward Price told the Bureau: ‘The CIA takes its commitment to Congressional oversight with the utmost seriousness. The Agency provides accurate and timely information consistent with our obligation to the oversight Committees. Any accusation alleging otherwise is baseless.’

Neither the House nor the Senate committee would comment, despite repeated requests from the Bureau. But Feinstein’s office did point the Bureau towards a five-month-old statement by the senator on oversight of the drone campaign, made shortly after the public nomination hearings for CIA director John Brennan, of which drones were a major focus.

The statement briefly outlined the review process for drone strikes. But it added the Obama administration had refused to provide the committee with memos outlining the legal justifications for drone strikes, despite repeated requests from senior committee members.

‘I have sent three letters [between 2010 and 2013]… requesting these opinions,’ Feinstein said. ‘Last week, senators on the committee were finally allowed to review two OLC [Office of Legal Counsel] opinions on the legal authority to strike US citizens. We have reiterated our request for all nine OLC opinions – and any other relevant documents – in order to fully evaluate the executive branch’s legal reasoning, and to broaden access to the opinions to appropriate members of the committee staff.’

The challenges of oversight

The Bureau has previously questioned the effectiveness of the intelligence committees’ oversight of drone strikes. In February 2013. Feinstein used opening remarks at John Brennan’s nomination hearings to claim her committee had done its ‘utmost to confirm’ low civilian casualties in CIA drone strikes.

The Bureau contacted four fellow independent organisations which had carried out field investigations looking at civilian casualties in Pakistan. Each had published evidence of civilian casualties – yet none had ever been contacted by committee members or their staff in response to their findings, raising concerns the committee is too dependent on the intelligence community’s assessments.

Current committee members have complained about being blocked from robust scrutiny. At Brennan’s nomination hearings, Senator Barbara Mikulski said: ‘I’ve been on this Committee for more than 10 years, and with the exception of Mr. Panetta, I feel I’ve been jerked around by every CIA Director. I’ve either been misled, misrepresented, had to pull information out – often at the most minimal kind of way… And quite frankly, during those questions, they were evaded; they were distorted, et cetera.’

Such evasions are not limited to CIA directors. In June the director of national intelligence, James Clapper, admitted he had given the SSCI a ‘clearly erroneous’ response earlier in the year when he told an open hearing that the National Security Agency (NSA) did not ‘wittingly’ collect data on millions of Americans. The public retraction came only after former intelligence contractor Edward Snowden leaked documents indicating that such mass surveillance programmes were in operation.

Even where members can access information, Feinstein has said the committee can be blocked from acting on it. Following Brennan’s hearing, Feinstein told political blog The Hill: ‘Right now it is very hard [to oversee the drone programme] because it is regarded as a covert activity, so when you see something that is wrong and you ask to be able to address it, you are told no.’

The present scrutiny system evolved in the wake of the Watergate affair. A series of controversial intelligence practices emerged, including attempted assassinations of overseas political leaders and illegal intelligence-gathering on US citizens.

Amid a growing sense that the intelligence services had been allowed to run amok, a series of inquiries – the most well-known of which was the Church Commission, headed by Senator Frank Church – combed through the activities of the CIA, FBI and NSA, identifying multiple abuses and overreachings. The Senate and House intelligence committees were established to provide the kind of scrutiny that might prevent such abuses happening again.

A source with knowledge of the intelligence committees under previous administrations pointed the Bureau to the significant challenges of overseeing operations that are by their very nature secret.

They pointed out that the committee has the power to request access to any information it requires. But this requires members or staffers to know such information exists. ‘It’s a serious question as to how much any elected official could possibly understand about what’s going on inside,’ the source said. Politicians had to ask themselves: ‘Do I know enough to ask the right questions, and how can I count on really being given the full picture?,’ they added.

‘If you wanted to find out what’s really going on, you had to get really tough – you had to talk to people and say, cut the crap. If you lie to me, I will have your head on a plate,’ the source told the Bureau.

Regarding the current committee’s oversight of the drone programme, they said, ‘Did somebody really do a tough job there and put the necessary pressure on people to get a result?’

While elected members might struggle to find the time to delve into complex matters of national security, the close links between committee staffers and the intelligence community can further hamper scrutiny, the source added.

‘You can’t get a job on one of these committees if you don’t have high-level security clearance – so you can’t get a job without being part of the system. This automatically puts you inside a circle of people who all can talk to each other, but in the knowledge that if they step out of line when the job’s finished, they will be finished.

‘There’s a huge risk for any staff member who crosses people inside the system,’ they said.

‘This is the problem of the netherworld and its interaction with democratic institutions… It really is a very difficult problem and the solution that Frank Church came up with wasn’t enough,’ said the source.