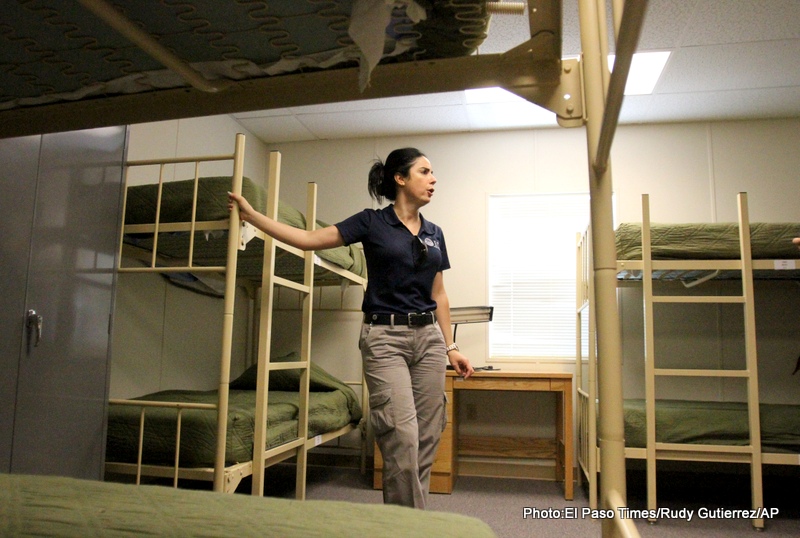 “Children should never be ripped from their families and held in secretive detention centers.”

America’s inhumane immigration system has come under growing scrutiny in recent days after President Donald Trump introduced his new policy of separating migrant children from their families, and when a sitting U.S. senator attempted on Sunday to examine the conditions of one immigrant detention center in Texas—where “hundreds” of children are reportedly being held—facility staff refused to allow him inside and called the police.

“The attorney general’s team and the Office of Refugee Settlement, they don’t want anyone to know what’s going on behind these doors,” Sen. Jeff Merkley (D-Ore) said after arriving at the Brownsville, Texas facility, which is run by the Southwest Key Program (SKP), a “non-profit” government contractor.

Merkley didn’t simply arrive at the facility unannounced. As the Oregon senator explains at the outset of his video of the attempted visit, he contacted federal officials and SKP to request access to the detention center, which is a former Walmart with completely blacked-out windows.

After Merkley repeatedly asked officials at the facility to allow him to speak with a supervisor who could give him a tour, local police arrived and questioned the senator about his attempted entry. When a supervisor did finally emerge, he wouldn’t answer Merkley’s questions or provide any information.

I’m going to try to enter a facility in Brownsville, TX run by the Office of Refugee Resettlement. I am told that this former Walmart may currently be housing hundreds of refugee children who have been separated from their parents.

Merkley’s effort to tour the secretive detention center comes after newly released documents revealed “pervasive abuse” of immigrants at such facilities during the Obama administration—treatment that has continued under the Trump administration.

“Children should never be ripped from their families and held in secretive detention centers,” Merkley wrote on Twitter late Sunday.

The senator’s effort to shed light on the living conditions of migrant children detained inside a taxpayer-funded detention facility was applauded by immigrant rights advocates, who demanded an end to the Trump administration’s “cruel, inhumane, and disgraceful policy of separating children and babies from their parents.”

Thank you @SenJeffMerkley for demanding answers and standing up to @realDonaldTrump and @SecNielsen's cruel, inhumane, and disgraceful policy of separating children and babies from their parents. This must end. Now! #FamiliesBelongTogether https://t.co/v4CuA2tGoX

Grateful that @SenJeffMerkley is where he is right now, fighting for children and families and our humanity. https://t.co/fiKD71goK7

“This administration be must be held accountable for its heartless and cruel policies of separating children from their families,” wrote Kristen Clarke, president and executive director of the Lawyers’ Committee for Civil Rights Under Law. “Thanks Sen. Jeff Merkley for working to expose this injustice.”