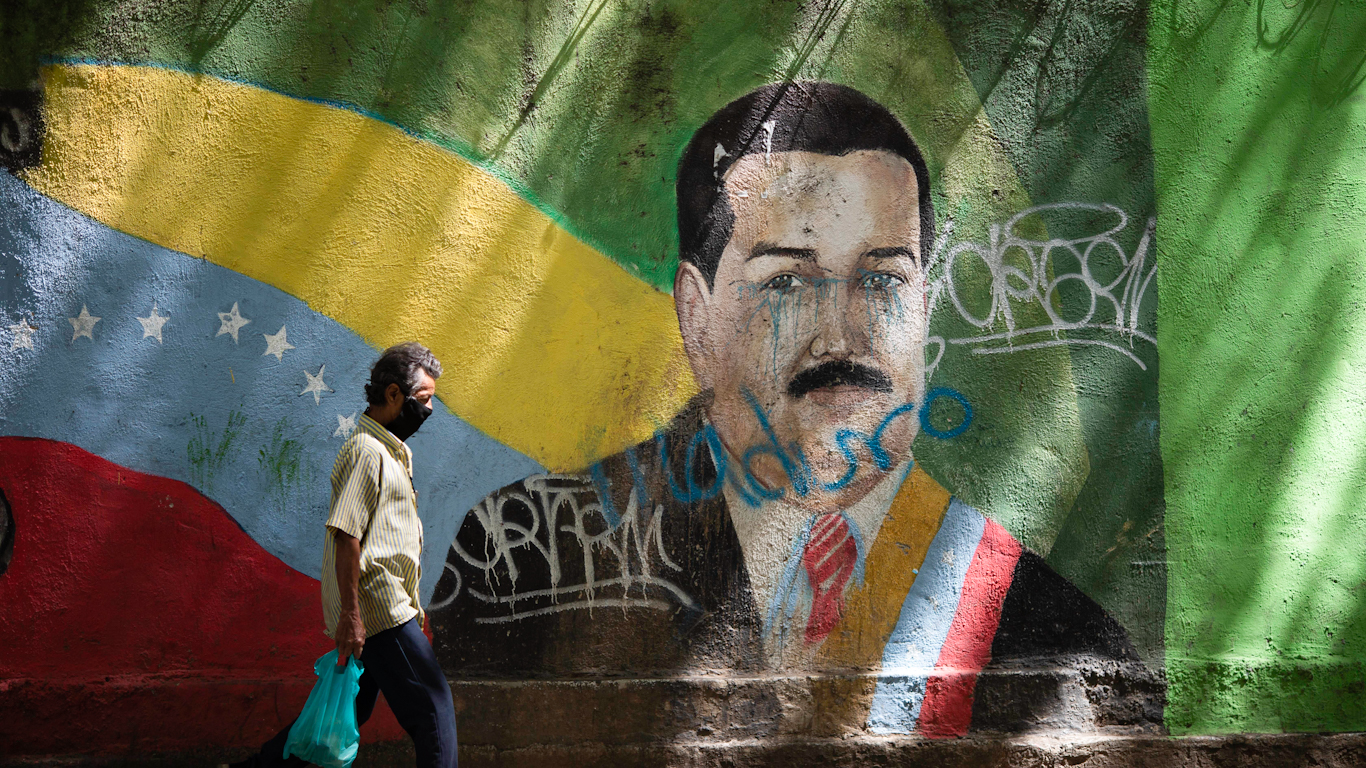 Democracia for me but not for thee

Sanctions on Venezuela are nothing new. But Secretary of State Pompeo recently took the unusual step of sanctioning leaders of local opposition parties in an attempt to pressure them to pull out of upcoming elections.

Elections for Venezuela’s National Assembly are fast approaching. But the United States does not want them to go ahead at all. Sanctions on Venezuela are nothing new. But yesterday Secretary of State Mike Pompeo took the unusual step of sanctioning leaders of local opposition parties in an attempt to pressure them to pull out of the contest in December.

Remarkably, considering the well-documented flaws with the same problems in the U.S., Pompeo’s statement dubiously claimed that Venezuelan voting machines are unreliable, that millions of voters remain unregistered, and that the country’s supreme electoral council is politicized and hand-picked by the executive branch.

That many parties are contesting the upcoming December elections to the National Assembly (that the opposition already controls) seems to undermine Pompeo’s claim that Nicolas Maduro is a “desperate and illegitimate dictator.” The 56-year-old former CIA Director, however, explained that they are merely “puppet parties” participating in an “electoral charade.” The National Assembly is roughly akin to the French Assemblée Nationale or the U.S. House of Representatives.

Last week Pompeo toured Venezuela’s neighbors to discuss regime change. “Maduro has to go,” Pompeo said while in Guyana. “We know that the Maduro regime has decimated the people of Venezuela and that Maduro himself is an indicted narcotics trafficker. That means he has to leave.” The United States and Guyana announced that they would subsequently be carrying out joint military border patrols along the country’s sparsely populated bur disputed frontier with Venezuela.

The Venezuela-Guyana border dispute is an extremely old one, going back to unresolved disagreements between the Spanish and British empires, long before either’s establishment as a state. The large, heavily forested region claimed by both countries is largely untouched and thought to be home to uncontacted tribes. Because of this, the dispute has never spilled over into a serious conflict. Pompeo claimed that the operation is purely an anti-drugs operation, but in the same speech described as a “narco-trafficker,” muddying the waters further.

Earlier this month an American ex-C.I.A. agent was arrested outside the country’s largest oil refinery complex in possession of C4 explosives, a grenade launcher, and other weapons.

The United States already tried the tactic of sanctioning Maduro’s opponents during the 2018 presidential elections, when it demanded opposition leader Henri Falcon drop out, threatening him with sanctions. Falcon remained in to contest the election, but with many of his coalition heeding American advice and boycotting it, he was resoundingly beaten. In the end, Maduro won with 68 percent of the vote. The process was watched over by 150 international observers and foreign dignitaries, who attested to its veracity. Maduro has asked teams from the United Nations and European Union to oversee the December vote, something the U.S. does not want to happen.

Since coming to power in 2013, Maduro has presided over an increasingly dysfunctional economy and falling standards of living. Inflation has racked the country, there have been acute shortages of certain goods, oil production has collapsed, and many have left the country as a result. Much of the mayhem, however, is due to the impact of American sanctions, formally condemned by the U.N., and estimated to have killed at least 100,000 people. Earlier this week, the State Department announced sweeping new “humanitarian support” for Venezuelans, although, given its history in the country, it is highly likely to be politicized. Much of it is actually earmarked for the neighboring countries Pompeo visited.

Maduro’s public approval rating is very low. Yet his party still stands a decent chance in the National Assembly elections. This is partly due to the equally unpopular opposition coalition, which is fractured and unsure what to do. Some favor a boycott of the vote like in 2018, others to compete and win.

Historically, when eschewing violence and pursuing purely electoral means, the opposition has fared relatively well at the ballot box, winning the National Assembly in 2015. Two years earlier, their candidate Henrique Capriles received 49 percent of the vote for the presidency. However, they are beset with infighting, with the United States propping up self-declared president Juan Guaidó as the legitimate ruler of the country, even though he wields no power. Earlier this month Capriles called on him to stop “playing at government on the internet.”

Guaidó rose to prominence in January 2019 when, as it was his party’s turn to lead the institution, he was appointed head of the National Assembly for one year. He immediately declared himself president, however, shocking the world, and would go on to launch five unsuccessful coup attempts since, all with U.S. backing.

While Guaidó enjoys virtually unanimous support among Democrats and Republicans (he was a guest of honor at Trump’s State of the Union, where he was given a standing ovation by both parties), a number of embarrassing financial and alcohol-related scandals have made him a deeply unpopular figure inside the country. Recent polls put his public support at three percent. In January he “resigned” from his party, meaning he has no formal political office at all.

Despite this, the U.S. continues to bankroll his stunts, even supplying him with money it stole from the Venezuelan government so he could give a large stipend to the country’s 62,000 health workers throughout the COVID-19 pandemic.

Trying to explain Latin America to an international audience, the great Uruguayan writer Eduardo Galeano described his region as an “upside down world,” where everything is turned on its head. Thus, Venezuela is an autocracy with upcoming elections, presided over by a dictator who was elected twice, with a larger share of the electorate than Trump in 2016 or Obama in 2012, holding sham votes watched over by impressed international observers. The land of the free, however, attacks anyone who participates in elections or the 97 percent who do not support their own self-declared president, a man who has never even run for the office he claims he holds. The U.S. helps forces for democracy launch coup d’etats, assassination attempts, or terror plots in order to bring about relief from the suffering it is causing through its own actions. No wonder so many people are confused.