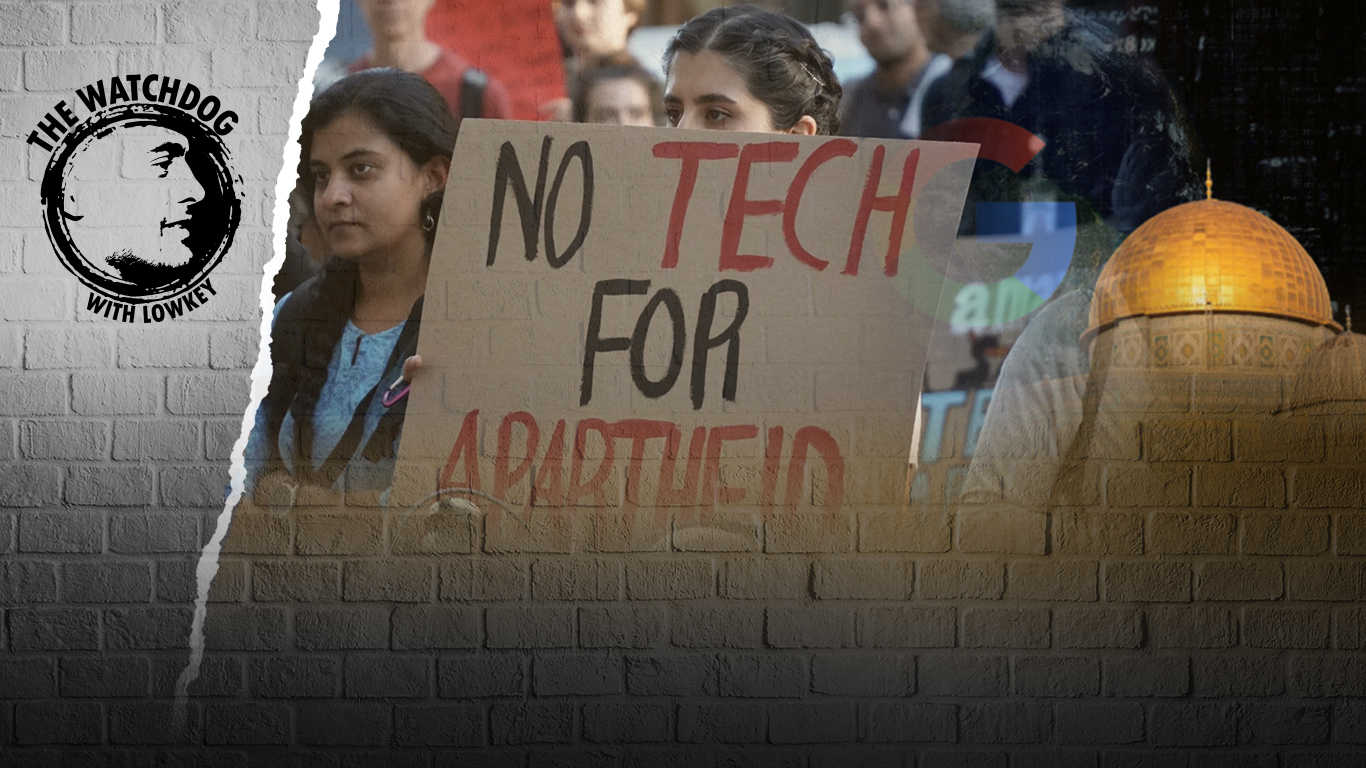 In this episode of The Watchdog, former Google employee Ariel Koren joins Lowkey and articulates her experience at the big tech giant, claiming it has gradually developed an institutionalised pro-Israeli bias. She also reveals ways in which employees attempting to hold the company accountable for unethical contracts, such as that of Project Nimbus, are being targeted and intentionally silenced.

Google, alongside Amazon, has signed a contract worth $1.2 billion, titled “Project Nimbus”, which will provide a cloud system service for both the Israeli military and the Israeli government.

Disturbingly, the project was announced May in 2021, the same month Israel killed at least 260 Palestinians in Gaza. Adding insult to injury, it was during this period that Amnesty International found Israel guilty of practising Apartheid against the Palestinian people.

Google systematically silences Palestinian, Jewish, Arab, and Muslim voices concerned about Google’s complicity in violations of Palestinian human rights – to the point of formally retaliating against workers and creating an environment of fear…in my experience, silencing dialogue and dissent in this way has helped google protect its business interest with the Israeli military and government”.

According to Google’s spokesperson, Shannon Newberry:

However, there is also evidence that Project Nimbus will also empower Israeli mechanisms of surveillance, data collection and even interrogation.

In one Nimbus Training Webinar, a google engineer confirmed to an Israeli customer that it would be possible to process data through Nimbus in order to determine if someone is lying”.

Lowkey then posits Project Nimbus as the climax of a long push by Israel to harness Google to do what it wants. Lowkey points to a mission creep over the last decade which saw several key Israeli organisations set up to move both big tech jobs to the apartheid project and former Israeli military personnel into the companies themselves. The aim of this, he asserts, is to make a meaningful BDS project an impossibility, by integrating Israel into big tech companies vital to the global economy.

Want to hear more about this issue? Join Lowkey and Ariel Koren today for a critically important discussion. Keep updated for many more interesting topics to be discussed by subscribing on YouTube or your favorite podcast platform.