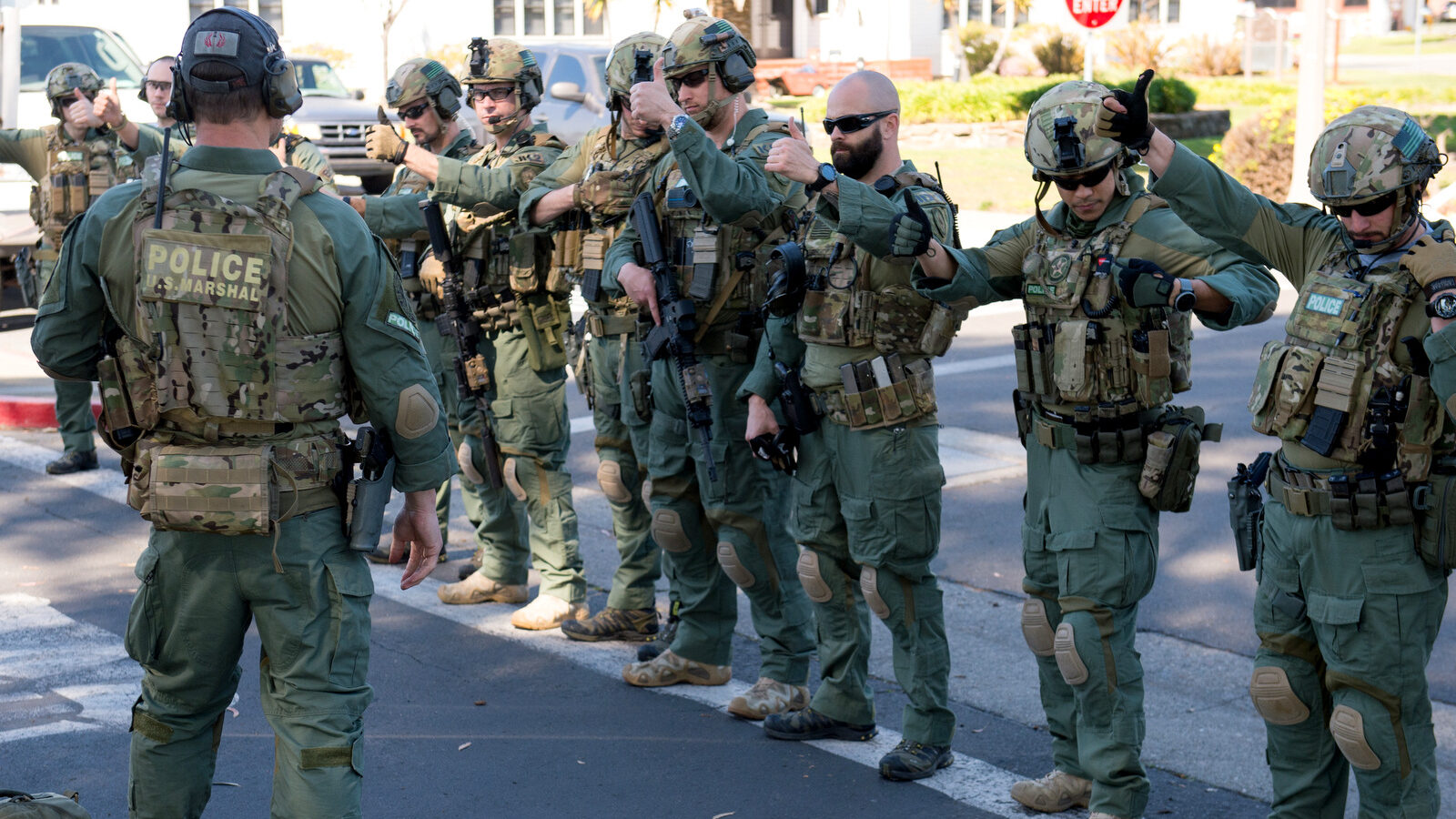 A Houston man says he was arrested at his home last week for a $1500 federal student loan he received in 1987.

Some of the only 94 U.S. Marshals, who are appointed by the president, have a new job which entails going after those who have not paid their federal student loans even if they only owe as little as $1,500, local news reported Tuesday.

In a news report by Fox 26 TV channel in Houston, 29-year old Paul Aker said that seven federal officers from the U.S. Marshals Texas division showed up at his doorsteps in full combat gear and arrested him for a US$1,500 federal student loan that he took out in 1987.

“I was wondering, why are you here. I am home, I haven’t done anything,” he told Fox 26, adding that he didn’t receive any notice about a $1,500 student loan he received in 1987. “It was totally mind-boggling.”

He added that he was taken to a federal court where had to sign a monthly payment plan for repaying the amount.

“To put that in context, the average student loan debt in 2015 was $35,000. So, $1,500 seems like a joke to dispatch a federal marshal much less a full team of combat-ready police,” the website said Tuesday.

That news was alarming to Texas Congressman Gene Green who told the station private debt collectors are managing to use federal law enforcement to collect payments for old student loans.

“There’s bound to be a better way to collect on a student loan debt that is so old,” Green said.

They typically spend their days executing warrants on federal criminals, conducting domestic and international fugitive investigations, implementing extraditions and deportations of fugitives, protecting witnesses in federal cases or judges and are generally involved in the worst of the worst federal crimes.

However, now it seems the U.S. Marshal Service is arresting people for not paying their student loans.

Almost 71 percent of undergraduates with a student loan, and those graduating in 2015 have an average school debt of over $35,000, according to The Wall Street Journal.

In the Houston area, there have been up to 1,500 people who have been taken to federal courts for not making payments on their student loans.

“This while Fortune 500 companies would owe as much as $600 billion in taxes if they didn’t hide their money in offshore accounts,” Raw Story report said.

Student loans have been an important issue within the Democratic debates leading up to the presidential elections as presidential candidate Bernie Sanders has been arguing that university should be free for everyone in the United States and tuition should be paid for by the taxes from Wall Street companies and corporations.