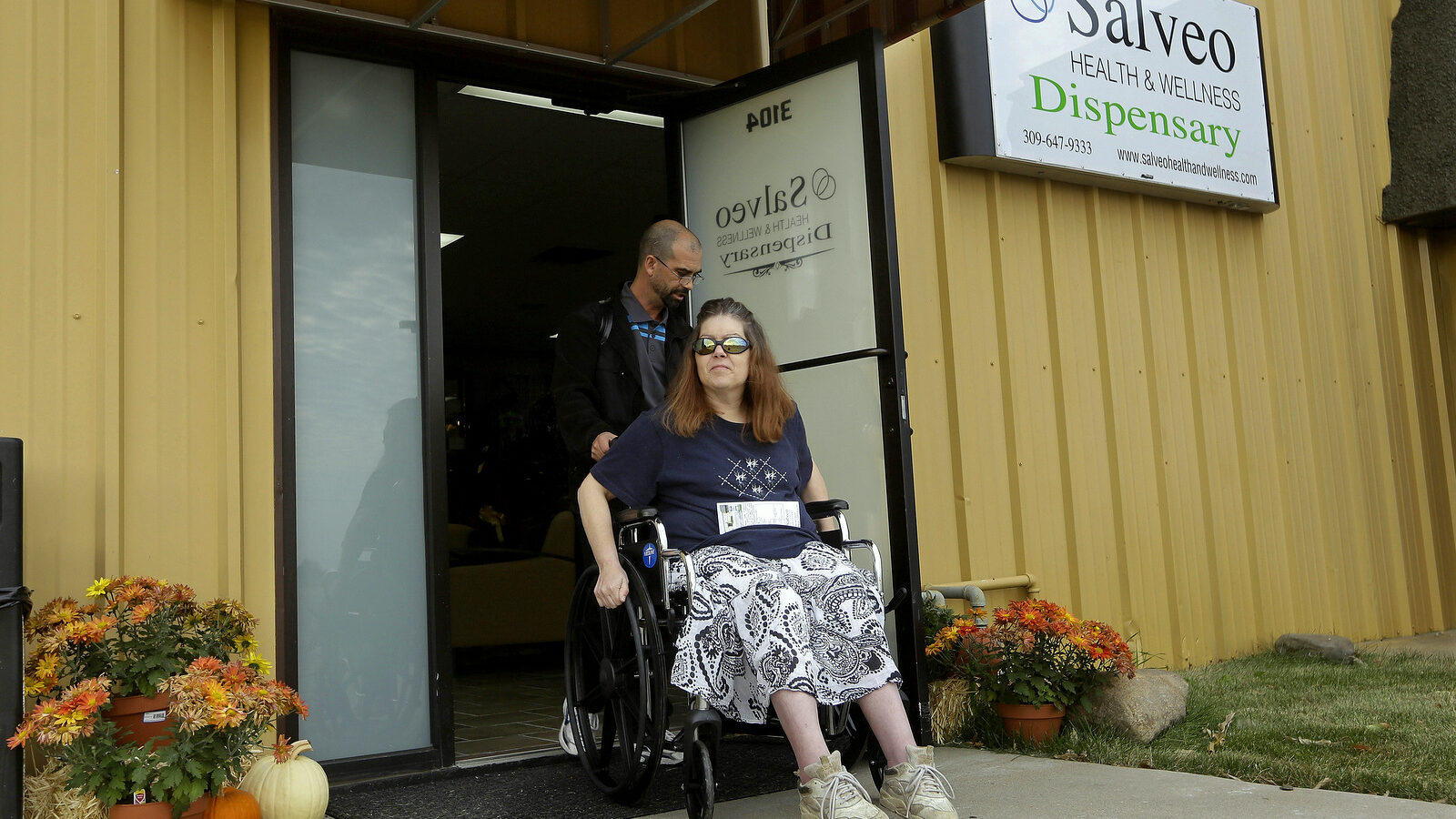 MINNEAPOLIS — Shortly after Amylea Nuñez was born in December, the newborn started having seizures, as many as 15 a day.

Knowing the medicines she was prescribed by doctors at Children’s Hospital Colorado could seriously damage her liver, Amylea’s parents requested that she be treated with Charlotte’s Web CBD oil.

Within days, her parents reported that Amylea was more alert and responsive, and her seizures have decreased dramatically.

Amylea is the youngest patient in an ongoing clinical trial to study the reactions of patients with severe epilepsy to CBD oil and identify any long-term side effects.

In a statement, Children’s Hospital made it clear that it does not provide the “artisanal marijuana” parents may choose to administer to children in the study. Further, it asserted: “We don’t yet have the science to fully understand medical marijuana and how it impacts children, which is why Children’s Colorado supports research to determine the safety and efficacy of medical marijuana.”

So far, there have been many promising studies revealing the positive impacts of CBD, or cannabidiol, in treating epilepsy in children, multiple sclerosis and even cancer. It’s also been proven effective in fighting nausea, inflammation and depression.

The cannabis-derived compound does not contain the psychoactive compounds found in THC, the part of the plant that gets you “high,” so it’s been a major game-changer in the fight for expanding access to medical marijuana.

Indeed, as lawmakers attempt to push “Reefer Madness” into yet another century despite shifting popular attitudes toward marijuana, CBD presents all of the medicinal benefits and none of the supposed social threats.

Still, as of July, only 16 states had CBD-specific laws on the books, not including the 23 states and Washington, D.C., which have legalized marijuana for recreational or medical use. And even in those 16 states, the laws are not created equal. Some, like Colorado, do an outstanding service of expanding access to families looking to make their own informed treatment decisions, while others remain incredibly narrow and limit access to a small number of patients, often only in clinical trials and only for cases of epilepsy.

It’s important to note that on the federal level, cannabis in any form remains scheduled as a Schedule I drug, right alongside cocaine and heroin. And while CBD can be derived from industrial hemp , American farmers still aren’t allowed to cultivate that particular crop.

MintPress News reported in December about “cannabis refugees,” people who have left their homes in states with restrictive marijuana laws and headed to states with cannabis-friendly policies.

We met Aubrie Hill and her mom, Vicki, who had recently moved to California from Alabama in search of effective cannabis therapies. Aubrie, who is 20 years old, began experiencing regular, extremely painful seizures at the age of 5. Her doctors in Alabama recommended brain surgeries after standard treatments failed.

Not only did two of these surgeries fail to ease her seizure disorder, they also left her partially blind and led to losses of memory and cognitive functions. So, Aubrie started self-medicating with cannabis.

Alabama’s restrictive “Carly’s Law” allows board-certified neurologists at the University of Alabama at Birmingham to provide CBD oil to patients with debilitating or life-threatening seizures as part of a clinical study. But patients only started receiving those “experimental treatments” in April of 2015.

Rather than navigating the new system, the Hills moved to Northern California in August and Aubrie immediately started a CBD oil treatment regimen that’s resulted in a dramatic decrease in seizure activity.

“I tried to everything I could while in Alabama, but now that we are here [in California] it’s much better and we have a support system,” Vicki said. “You can’t ask questions in Alabama. They are unable to share the research.”

Just think: If CBD had been legal and accessible, Aubrie could have avoided years of painful seizures and treatments.

While many parents and physicians have reported positive effects in CBD oil therapies, it remains to be seen what the long-term effects might be. But considering cognitive and behavioral issues, liver damage, and impediments to the body’s ability to fight infection or to stop bleeding are known side effects of traditional therapies to fight seizures and epilepsy, perhaps the greatest thing CBD oil offers families is hope through natural healing.

Some critics argue that the positive effects of CBD are largely anecdotal, and, in fact, studies have produced mixed results. Indeed, not every treatment has the same effect on every body. Medicine can be as much of an art as it is a science. But for a child with an extremely rare form of epilepsy, which produces regular, painful seizures despite an exhaustive run of pharmaceuticals, parents are increasingly inclined to give CBD oil a go if they can.

The nation’s own draconian drug laws are at least partly to blame for the lack of research in this regard. The federal government has conceded that CBD and THC may have some medical value, but only as a separate, single molecules. That’s why the whole plant remains classed as a “dangerous” Schedule I drug.

Even in that concession, though, it’s clear that patients don’t come first: Studies have shown synthesized, single-molecule CBD to be less effective than whole plant CBD. And experts believe that CBD and THC are most effective when used together.

The only winner in the federal government’s scheduling scheme is Big Pharma , which stands to reap massive profits if “single-molecule” treatments, like CBD, can be synthesized, mass-produced and mass-distributed.

Late last year, the DEA eased some restrictions to allow for more FDA-approved clinical trials with CBD. Hopefully, for patients like Amylea Nuñez who have found relief in CBD, this will become a trend, and not an exception to the rule.