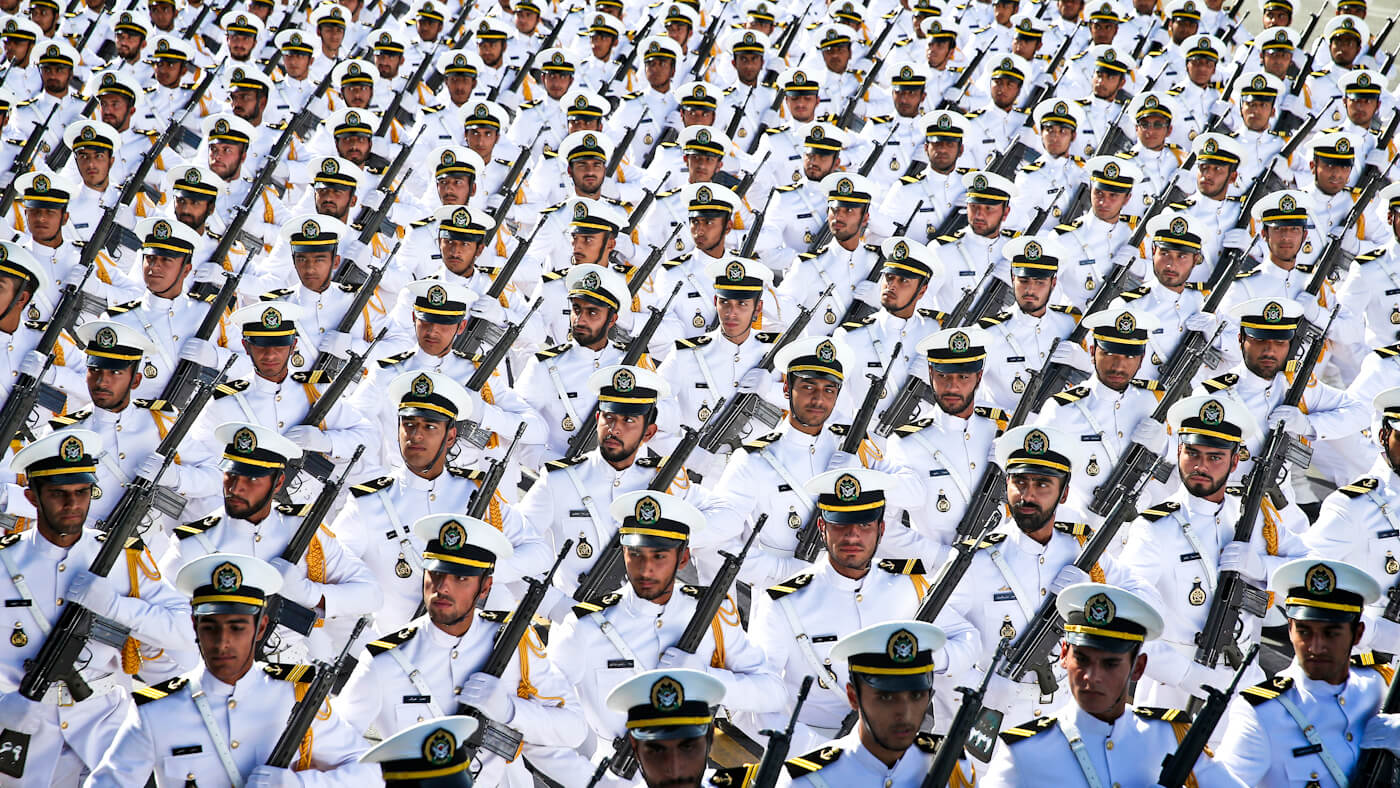 Dispatches from the Edge: the Drift Towards War with Iran

Keeping track of the Trump administration’s foreign policy is like trying to track a cat on a hot tin roof: We’re pulling out of Syria (not right away). We’re leaving Afghanistan (sometime in the future). Mexico is going to pay for a wall (no, it isn’t). Saudi Arabia, Russia, the European Union, China, Turkey, North Korea—one day, friends, another day, foes. Even with a scorecard, it’s hard to tell who’s on first.

Except for Iran, where a policy of studied hostility has been consistent from the beginning. Late last year, National Security Advisor John Bolton pressed the Pentagon to produce options for attacking Iran, and he has long advocated for military strikes and regime change in Teheran. And now, because of a recent internal policy review on the effect of US sanctions, Washington may be is drifting closer to war.

According to “On Thin Ice,” a report by the International Crisis Group (ICG), the Trump administration has concluded that its “maximum pressure” campaign of sanctions has largely failed to meet any of the White House’s “goals” of forcing Iran to re-negotiate the 2015 nuclear agreement or alter its policies in the Middle East.

While the sanctions have damaged Iran’s economy, the Iranians have proved to be far more nimble in dodging them than Washington allowed for. And because the sanctions were unilaterally imposed, there are countries willing to look for ways to avoid them.

“If you look at the range of ultimate objectives” of the administration, from encouraging “protests that pose an existential threat to the system, to change of behavior, to coming back to the negotiating table, none of that is happening,” Ali Vaez of the ICG’s Iran Project, told Laura Rozen of Al-Monitor.

That should hardly come as a shock. Sanctions rarely achieve their goals and virtually never when they are imposed by one country, even one as powerful as the US. More than 50 years of sanctions aimed at Cuba failed to bring about regime change, and those currently aimed at Russia have had little effect beyond increasing tensions in Europe.

This time around, the US is pretty much alone. While the Trump administration is preparing to withdraw from the 2015 nuclear agreement—the Joint Comprehensive Plan of Action—the European Union (EU) is lobbying Iran to stay in the pact. Russia, China, Turkey, and India have also made it clear that they will not abide by the US trade sanctions, and the EU is setting up a plan to avoid using dollars.

But the failure of the White House’s sanctions creates its own dangers because this is not an American administration that easily accepts defeat. On top of that, there is a window of opportunity for striking Iran that will close in a year, making an attack more complicated.

The nuclear agreement imposed an arms embargo on Iran, but if Teheran stays in the agreement, that embargo will lift in 2020, allowing the Iranians to buy weapons on the international market. Beefing up Iran’s arms arsenal would not do much to dissuade the US, but it might give pause to Saudi Arabia or the United Arab Emirates (UAE), two of Teheran’s most implacable enemies.

It is not clear who would be part of a coalition attack on Iran. Saudi Arabia and the UAE would almost certainly be involved, but that pair hardly has the Iranians quaking in their boots. The rag-tag Houthi army has fought the two Gulf monarchies to a standstill in Yemen, in spite of not having any anti-aircraft to challenge the Saudi air war.

Iran is a different matter. Its Russian built S-300 anti-aircraft system might not discomfort the US and the Israelis, but Saudi and UAE pilots could be at serious risk. Once the embargo is lifted, Iran could augment its S-300 with planes and other anti-aircraft systems that might make an air war like the one the Gulf monarchs are waging in Yemen very expensive.

Of course, if the US and/or Israel join in, Iran will be hard pressed. But as belligerent as Bolton and the Israeli government are toward Iran, would they initiate or join a war?

The year 2020 is also the next round of US elections where control of the Senate and the White House will be in play. While wars tend to rally people to the flag, the polls suggest war with Iran is not likely to do that. The US would be virtually alone internationally, and Saudi Arabia is hardly on the list of most American’s favorite allies. And it is not even a certain that Israel would join in, although Prime Minister Benjamin Netanyahu calls Iran an “existential threat.” Polls show that the Israeli public is hardly enthusiastic about a war with Iran, particularly if the US is not involved.

The Israeli military is more than willing to take on Iranian forces in Syria, but a long-distance air war would get complicated. Iraq and Lebanon would try to block Israel from using their airspace to attack Iran, as would Turkey. The first two countries might not be able to do much to stop the Israelis, but flying over a hostile country is always tricky, particularly if you have to do it for an extended period of time. And anyone who thinks the Iranians are going to toss in the towel is delusional.

Of course, Israel has other ways to strike Iran, including cruise missiles deployed on submarines and surface craft. But you can’t win a war with cruise missiles, you just blow a lot of things up.

There are deep fissures among the Gulf monarchs. Qatar has already said that it will have nothing to do with an attack on Iran, and Oman is neutral. Kuwait has signed a military cooperation agreement with Turkey because the former is more worried about Saudi Arabia than it is Iran, and with good reason.

A meeting last September of Saudi Crown Prince Mohammed bin Salman and Emir Sabah Al-Sabah of Kuwait to discuss problems between the two countries apparently went badly. The two countries are in a dispute over who should exploit their common oil fields at Khafji and Wafra, and the Saudis unilaterally stopped production. The Kuwaitis say they lost $18 billion in revenues and want compensation.

The bad blood between the two countries goes back to the breakup of the Ottoman Empire when Saudi Arabia refused to accept the borders that the British drew for Kuwait and instead declared war. In 1922 the border was re-drawn with two-thirds of Kuwait’s territory going to Saudi Arabia.

Lebanese legal scholar, Ali Mourad, told Al-Monitor that Kuwait has tightened its ties to Turkey because “they are truly afraid of a Saudi invasion,” especially given “the blank check Trump has issued” to Prince Salman.

Whether Kuwait’s embrace of Turkey will serve as a check on the Saudis is uncertain. Prince Salman has made several ill-considered moves in the region, from trying to overthrow the government of Lebanon, blockading Qatar, to starting a war with Yemen. Turkey and Saudi Arabia are currently at odds over the latter’s support for the Muslim Brotherhood, probably the only thing that the Saudi princes hate more than Iran.

Would—or could—Ankara really defend Kuwait from a Saudi attack? Turkey is currently bogged down in Northern Syria, at war with its own Kurdish population, and facing what looks like a punishing recession. Its army is the second largest in NATO, and generally well armed, but it has been partly hollowed out by purges following the 2015 coup attempt.

So is US National Security Advisor Bolton just blowing smoke when he talks about regime change in Iran? Possibly, but it is a good idea to take the neo-conservatives at their word. The US will try to get Iran to withdraw from the nuclear pact by aggressively tightening the sanctions. If Teheran takes the bait, Washington will claim the legal right to attack Iran.

Bolton and the people around him engineered the catastrophes in Afghanistan and Iraq (the Obama administration gets the blame for Libya and Yemen), and knocking out Iran has been their longtime goal. If they pull it off, the US will ignite yet another forever war.

Conn M. Hallinan is a columnist for Foreign Policy In Focus, “A Think Tank Without Walls, and an independent journalist. He holds a Ph.D. in Anthropology from the University of California, Berkeley. He oversaw the journalism program at the University of California at Santa Cruz for 23 years and won the UCSC Alumni Association’s Distinguished Teaching Award, as well as UCSC’s Innovations in Teaching Award, and Excellence in Teaching Award.  He was also a college provost at UCSC and retired in 2004. He is a winner of a Project Censored “Real News Award,” and lives in Berkeley, California.