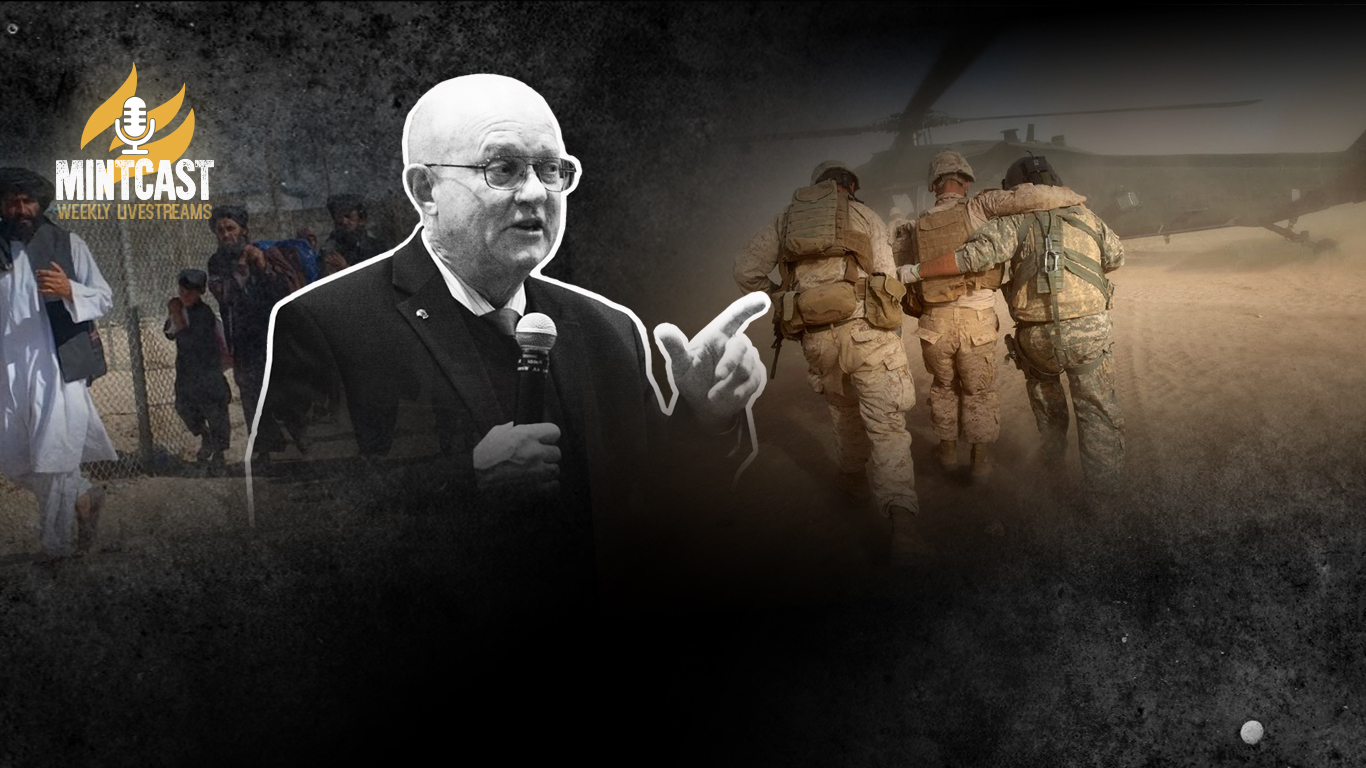 As the national conversation on Afghanistan turns to what the country’s future holds, Adley and Wilkerson have a frank discussion about the U.S. empire, war profiteers and the status of the War on Terror.

After 20 years of war and occupation that have caused the deaths of almost a quarter of a million people and displaced 5.9 million more, the United States appears to have finally (tacitly) admitted defeat in Afghanistan, pulling its forces and representatives out of the country.

The U.S.-installed government fell within days, with President Ashraf Ghani escaping to the United Arab Emirates, reportedly with $169 million in cash stuffed in his suitcases. Ghani’s departure is illustrative of the extraordinary grift of the entire operation. Overall, the U.S. spent well over $2 trillion on the Afghanistan War, making weapons contractors and construction agencies in the Washington, D.C. suburbs extremely wealthy.

Today, Mintcast host Mnar Adley is joined by an individual with first-hand knowledge of U.S. foreign policy in the Middle East. Lawrence Wilkerson is a retired U.S. Army colonel who was Chief of Staff to Secretary of State Colin Powell between 2003 and 2005. In this role, he observed the rapid expansion of the Bush administration’s War on Terror. A military veteran of 31 years, he has since become a vocal critic of American militarism and endless wars.

After leaving the Bush administration, Wilkerson became an academic, teaching on public policy and security issues at the College of William & Mary and at George Washington University. Since 2020, he is also a non-resident fellow at the Quincy Institute, a Washington-based think tank urging restraint in U.S. foreign policy.

Restraint — both military and economic — would have been a welcome thing in the Afghanistan War, a conflict that laid the groundwork for far more violence in the Middle East. Research from anti-war group CODEPINK shows that the United States and its allies have dropped at least 326,000 bombs on the region since 2001 — an average of 46 per day.

Wilkerson has been highly critical of the U.S. war machine and has warned that excessive militarism is undermining democracy at home, with a bloated and powerful national security state increasingly calling the shots in Washington. “America exists today to make war. How else do we interpret 19 straight years of war and no end in sight? It’s part of who we are. It’s part of what the American Empire is,” he remarked last year.

As the national conversation on Afghanistan turns to what the country’s future holds, now that the Taliban appear to be in an unassailable position, Adley and Wilkerson have a frank discussion about the U.S. empire, war profiteers and the status of the War on Terror. What is in store for the people of Afghanistan? Will this embarrassing defeat dent U.S. imperial ambitions? And what is the next step in the War on Terror?

MintPress has been covering the Afghan disaster closely. Robert Inkalesh warns that sanctions on the Taliban will end up harming the people of Afghanistan, and might prove to be more deadly than the war itself. Alan MacLeod explored the extraordinary costs of the operation, interviewing an ex-State Department and Department of Defense official who told him he had been “living like Scarface” with tens of millions of dollars in his room. Meanwhile, veteran journalist John Pilger recounts Afghanistan’s long history as a victim of empires.