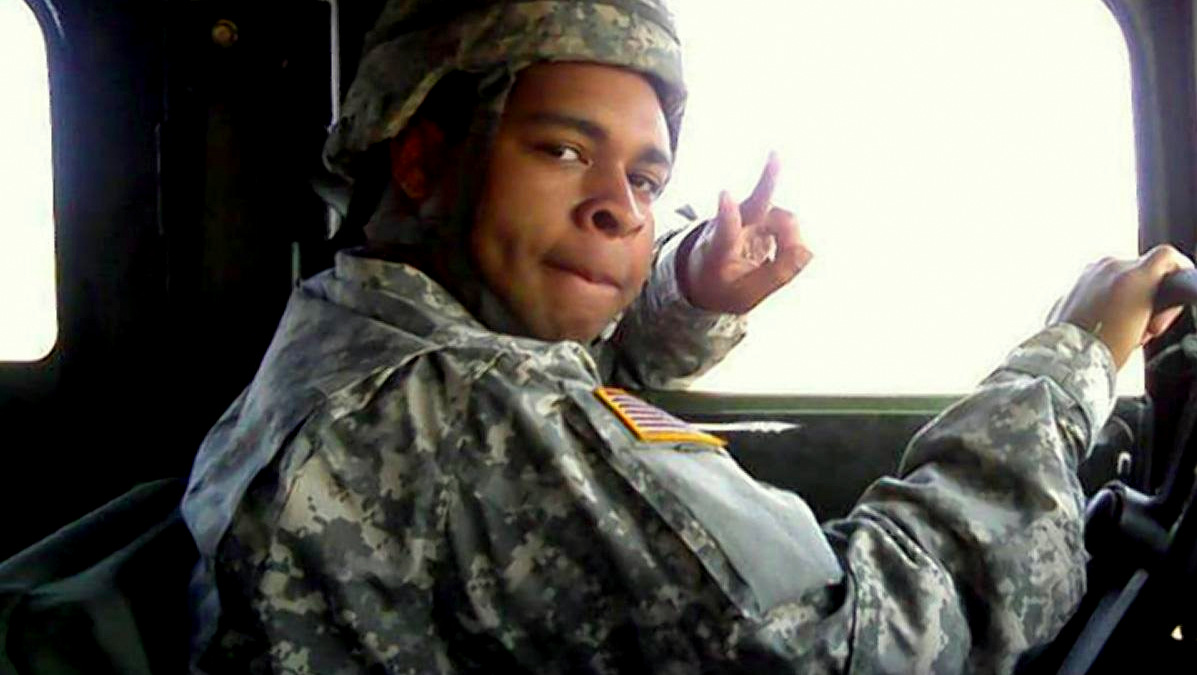 BATON ROUGE — In the wake of shocking, deadly acts of violence, many in the media have been quick to tie the recent slayings of police officers in Dallas and Baton Rouge, Louisiana, to the Black Lives Matter movement, which advocates for the civil rights of those disproportionately affected by police violence.

Reporters even asked the family of Alton Sterling, the black man whose death at the hands of Baton Rouge police on July 5 ignited days of protests around the country, to condemn violence against police, a move widely criticized on social media.

This is so violent and abusive. That family has no responsibility to comment on or denounce these acts. https://t.co/ghtyyADYcU

But while the killers in Dallas and Baton Rouge were both black men who had expressed anger over police violence prior to their deaths, they had something else in common: Both were U.S. military veterans.

Gavin Long, a Marine Corps veteran originally from Kansas City, Missouri, was killed by police after he shot six police officers, killing three of them, in Baton Rouge on Sunday. Carlos Miller, founder of Photography Is Not A Crime, wrote that Long was “the second veteran this month to use his military training to kill cops as payback for the way they have been killing citizens.”

According to The Los Angeles Times, “Long’s service record included duty assignments at Camp Pendleton, San Diego and Twentynine Palms before his discharge from the Marines in 2010.”

“Long appeared to leave a vast, anger-laden online trail documenting his interest in black separatism, fury at police shootings of black men, experience in the Marines and advocacy for vegetarianism.”

Micah Johnson, who killed six people, including five police officers, and injured six other police officers in a July 7 rampage after a Black Lives Matter protest in Dallas, had also spent time in the armed services. His honorable discharge from the Army Reserves in April 2015 came nine months after he returned from a deployment in Afghanistan, according to a July 9 report from NBC News. One of Johnson’s victims was also a Navy veteran, and he was ultimately killed by a military surplus robot, using a technique developed by U.S. soldiers in Iraq.

The Dallas Morning News reported on July 13 that the Army launched an internal investigation into Johnson’s service record after the shooting. And, on July 15, the news outlet reported that Johnson’s deployment to Afghanistan was a troubled one. According to reporters Brittney Martin, Kevin Krause and Steve Thompson:

“Aside from the strain of war, Johnson’s time overseas included a pivotal episode that started with a female soldier’s underwear and ended with a sexual harassment allegation.

Accounts from friends and fellow soldiers differ on whether the incident was a sign of mental instability or the outgrowth of a troubled romantic relationship. But no one seems satisfied with the way the Army handled the case, either in the war zone or back in Texas.”

Kimberly N. Foster, a black feminist media analyst, tweeted in response to the accusations of violence in the Black Lives Matter movement, suggesting that racism prevented the media from focusing on the shooters’ past military service.

if not for racism, those black male shooters being vets would do something interesting to the media narratives around these killings.

Ultimately, Johnson and Long are both part of a long list of troubled veterans who seem to struggle to keep their rage in check upon returning to civilian life. On Sunday, activist Terrina Aguilar shared a series of tweets linking to the violent history of U.S. veterans, from a threatened mass shooting in Washington, D.C., to murdered family members and children.

Veterans also suffer from higher rates of suicide compared to the rest of the U.S. population. And although veterans have a lower total incarceration rate, more veterans than non-veterans are sentenced for violent offenses.

Tying the recent shootings to America’s endless military adventurism abroad, poet and author Remi Kanazi tweeted on Monday that perhaps both issues had a common solution:

Here's a thought: Don't train soldiers to be killers & send them overseas to brutalize civilian populations, they may use those tactics here