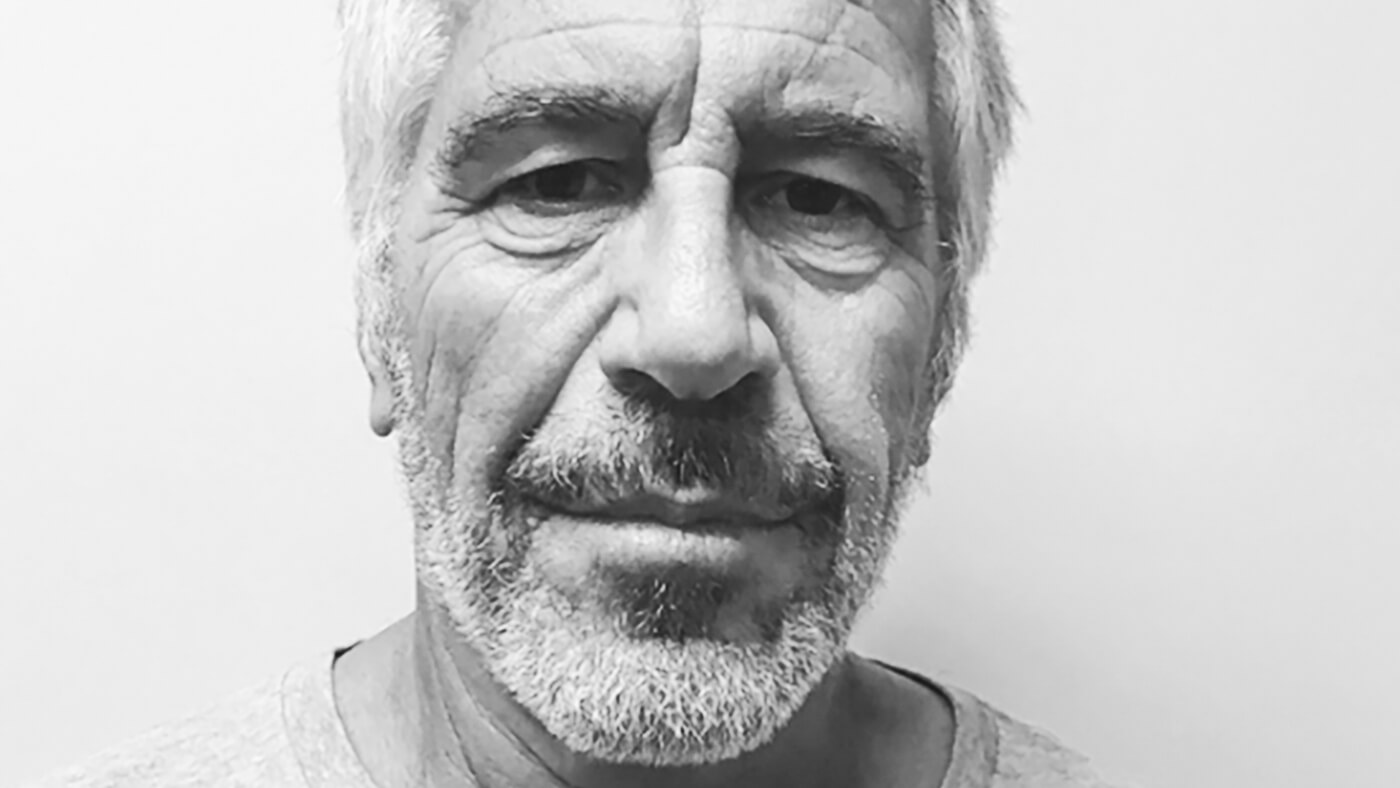 The United States holds more of its population in prisons and jails than any other country in the world. Suicide is one of the biggest causes of death in U.S. jails and hit a high of 50 deaths for every 100,000 inmates in 2014.

That makes the death of Jeffrey Epstein, who was involved in a sex trafficking ring, a uniquely American death, especially if investigators confirm he committed suicide.

A day after Epstein was found dead, the New York Times spoke with an unnamed “law enforcement official with knowledge of his detention.” The official claimed Epstein was “supposed to have been checked by the two guards in the protective housing unit every 30 minutes, but that procedure was not followed” on August 9.

The Times cited additional unnamed officials, who suggested “because Mr. Epstein may have tried to commit suicide three weeks earlier, he was supposed to have had another inmate in his cell.”

“But the jail had recently transferred his cellmate and allowed Mr. Epstein to be housed alone, a decision that also violated the jail’s procedures,” according to two officials.

The Associated Press reported that guards in the Metropolitan Correctional Center’s Special Housing Unit, where Epstein was confined, was staffed with “one guard working a fifth straight day of overtime and another who was working mandatory overtime.” The information was attributed to an unnamed person “familiar with the jail’s operations.”

It strongly suggested the jail failed to follow “protocols,” which fit into a larger investigation on jails and prisons that the AP published in June.

Over the last five years, based upon over 400 lawsuits filed over alleged abuse of inmates, the AP found 40 percent of the lawsuits involved suicides in local jails—135 deaths and 30 suicide attempts.

“Of the 165 jail suicides and attempts, about 80 percent of inmates were awaiting trial,” the AP report stated.

Federal statistics from 2014 showed 372 suicides had occurred in 3,000 jails that were surveyed.

Epstein was found with injuries to his neck on July 23 and placed on suicide watch. That required a check every 15 minutes but his attorneys apparently requested he be taken off suicide watch and was downgraded to “special observation status.” Two guards would check on him every 30 minutes.

Elie Honig, a CNN legal analyst and former prosecutor for the Southern District of New York (SDNY) for over eight years, recalled how his office housed “thousands of defendants” at the Metropolitan Correctional Center. He could not recall any suicides during his tenure.

An MSNBC legal analyst, Mimi Rocah, also worked as an assistant U.S. State’s Attorney in SDNY from 2001 to 2017. She remembered “defendants/targets who committed suicide but usually when at home or about to be apprehended.” While suicides are common in jails, Rocah insisted suicides typically do not happen at a federal facility like MCC.

Much of the public reaction to news of Epstein’s death involved suggestions that there was some kind of conspiracy that involved not monitoring him closely so he could kill himself or murdering him in jail. This was largely a product of the fact that Epstein used his status as a multi-millionaire to secure a plea deal in 2007 that helped him avoid facing those who accused him of sex crimes.

The deal, which former U.S. Attorney Alex Acosta struck with Epstein’s attorney, ensured Epstein only served 13 months in county jail. According to a Miami Herald investigation, “potential co-conspirators” were granted immunity. Details of the deal were sealed until the judge approved the deal. Plus, the non-prosecution agreement effectively ended an FBI probe into “whether there were more victims and other powerful people who took part in Epstein’s sex crimes.”

“This is the story of how Epstein, bolstered by unlimited funds and represented by a powerhouse legal team, was able to manipulate the criminal justice system, and how his accusers, still traumatized by their pasts, believe they were betrayed by the very prosecutors who pledged to protect them,” the Miami Herald’s Julie K. Brown wrote.

Acosta was President Donald Trump’s Labor Secretary until he was forced out in disgrace for his role in cementing the Epstein deal.

At one time or another, Epstein’s social circle intersected with former President Bill Clinton, Prince Andrew, and Trump.

America’s criminal punishment system operates with one system for the wealthy and powerful and one for the underclasses, especially people of color. Elites prevented a wide-ranging probe but in 2019, the publicity along with the #MeToo-inspired shift in consciousness meant they were no longer likely to escape accountability.

None of the above proves a conspiracy. However, it should give space to citizens to express their reservations about what happened until authorities involved in an investigation can transparently account for Epstein’s death.

What has happened instead is U.S. media organizations have encouraged panic or resentment toward anyone suggesting Epstein was killed as part of some type of conspiracy. They even have used innuendo to fuel paranoia that Russian intelligence agents may be behind bots spreading conspiracy theories about Epstein to sow discord.

Joe Uchill, an Axios contributor, tweeted, “A Russian bot I keep tabs on is going in heavy on Epstein conspiracy theories.”

Democratic Senator Cory Booker, a 2020 presidential candidate, suggested the spread of conspiracy theories about Epstein involved the “same tactics and languages of the Russians if you look at the intelligence reports about how they’re coming at our democracy.”

NBC News added, “The Kremlin-funded media outlet RT was leading its English language website with stories about conspiracy theories related to Epstein’s death.” This was true, however, every single U.S. media organization had coverage of alleged conspiracy theories on their front page over the weekend. Were they advancing Russian state propaganda?

The effort to constrain discussion among skeptics was given a boost when Trump retweeted a video from conservative comedian Terrence Williams that claimed the Clintons were responsible for Epstein’s death. Now, anyone who questioned whether Epstein died as a result of suicide could be accused of promoting “baseless conspiracy theories. That did not stop centrists and liberals from pushing their own theories that were as unfounded as suggesting the Clintons ordered some kind of mafia hit against Epstein.

In the aftermath, MSNBC host Joe Scarborough uttered the most prominent expression of delusion. “A guy who had information that would have destroyed rich and powerful men’s lives ends up dead in his jail cell. How predictably…Russian.”

Alec Baldwin, who has enjoyed a resurgence in fame from impersonating Trump on “Saturday Night Live,” declared, “The Russians killed Epstein. They’re in charge of everything now.”

To his nearly 3 million followers, actor George Takei tweeted, “It is disturbing that a powerful billionaire accused of sex trafficking minors, who was already on suicide watch, has died while in federal custody, his many secrets about other powerful men going with him to the grave. This sounds like something that would happen in Russia, no?” In reality, it sounds like something that would happen in a nation that incarcerates more people than any other country in the world. And to the extent that this could be murder and not suicide, it is important to note that, although Epstein was a powerful man, he was also an accused pedophile. His money and past elite status may have helped him win access to management to challenge his confinement conditions, but they could also make him a target by corrections officers or other prisoners looking to assert dominance in a place where power struggles are a regular feature of daily life.

The culture of violence and dehumanization within the jail did not translate into a concern for his well-being. It produced “irregularities” that ended in death and deprived Epstein’s accusers of their day in court and a shot at some semblance of justice.

Processing the moment may require a bit of a balancing act, but let us consider the following. We can shut down the most outlandish theories while demanding an investigation confirm that an apparent suicide occurred with a report that clearly details what happened.

Certainly, if the establishment will allow any theories implicating Russia to flourish, citizens should be able to express skepticism and not automatically be lumped in with the folks who see baby-eaters or lizard people populating the ranks of our government.