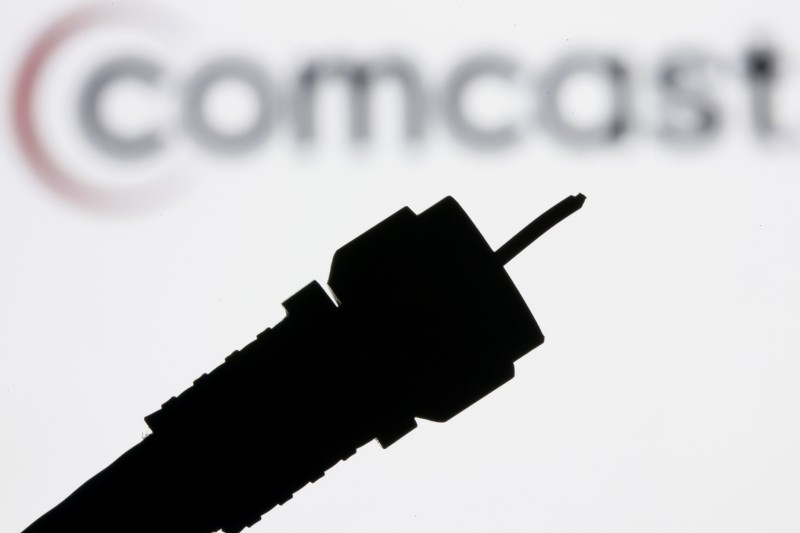 If FCC chairman Ajit Pai’s plan “is enacted, there would be nothing preventing Comcast from simply blocking sites like Comcastroturf.com that are critical of their corporate policies”

“This is exactly why we need Title II net neutrality protections that ban blocking, throttling, and censorship,” said Evan Greer, campaign director of Fight for the Future.
(AP/Matt Rourke)

Open Internet proponents who have been fighting the Trump administration’s rollback of net neutrality protections, which has been enacted at the bidding of the telecom industry, said Tuesday that Comcast is now threatening legal action saying the website Comcastroturf.com is infringing on its trademark.

As the organization Fight for the Future quipped on Twitter, “You can’t make this stuff up.”

The website in question is currently providing a tool for the public to see if their names are among those stolen and used by anti-net neutrality bots to post comments in support of the Federal Communications Commission (FCC) plan to undo Title II protections that classify the internet as a public utility.

The cease and desist order, dated last week, says the domain name is “confusingly similar to the [Comcast trademark] because it sounds the same, looks the same, and is spelled similarly to Comcast.”

The letter, signed by a cyber threat analyst at LookingGlass Cyber Security Center, instructs the domain holder, Fight for the Future, to “take all steps necessary to see that the domain name is assigned to Comcast,” and says that if the order is not immediately complied with then the cable giant will “pursu[e] its claims for damages.”

“This is exactly why we need Title II net neutrality protections that ban blocking, throttling, and censorship,” said Evan Greer, campaign director of Fight for the Future.

Greer pointed out that if FCC chairman Ajit Pai’s plan, advanced with a preliminary commission vote last week, “is enacted, there would be nothing preventing Comcast from simply blocking sites like Comcastroturf.com that are critical of their corporate policies.”

“It also makes you wonder what Comcast is so afraid of? Are their lobbying dollars funding the astroturfing effort flooding the FCC with fake comments that we are encouraging Internet users to investigate?” she asked.

Indeed, the fake comment scandal in addition to the FCC’s failure to process comments in favor of net neutrality drew sharp criticism in the wake of the FCC’s vote, and raised concern over how much influence the telecom industry holds over Pai, and now the FCC.

In case there was any question on that front, The Intercept‘s Lee Fang and Nick Surgey reported on Tuesday on an internal email from GOP leadership instructing House Republicans on how best to defend the FCC’s decision.

Sent by Rep. Cathy McMorris Rodgers (R-Wash.), chair of the House Republican Conference, the email contains a “nifty toolkit,” in her words, which the reporters discovered to have come “directly from the cable industry.”

“The metadata of the document shows it was created by Kerry Landon, the assistant director of industry grassroots at the National Cable and Telecommunications Association, a trade group that lobbies on behalf of Comcast, Cox Communications, Charter, and other cable industry companies,” Fang and Surgey report. “The document was shared with House Republican leaders via ‘Broadband for America,’ a nonprofit largely funded by the NCTA.”