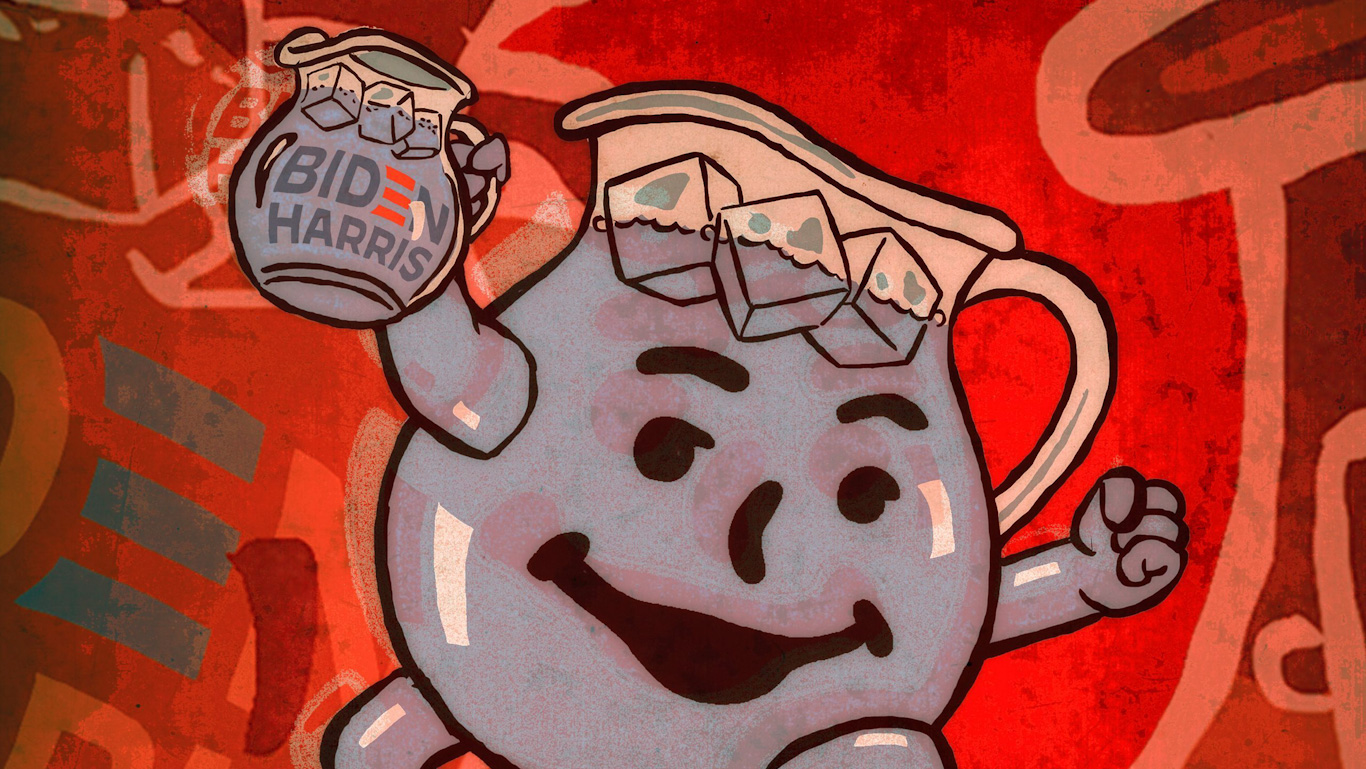 No one can, or should, take them seriously. They stand for nothing. They fight for nothing.

Princeton, New Jersey (Scheerpost) — Liberals who express dismay, or more bizarrely a fevered hope, about the corporatists and imperialists selected to fill the positions in the Biden administration are the court jesters of our political burlesque. They long ago sold their soul and abandoned their most basic principles to line up behind a bankrupt Democratic Party. They chant, with every election cycle, the mantra of the least worst and sit placidly on the sidelines as a Bill Clinton or a Barack Obama and the Democratic Party leadership betray every issue they claim to support.

The only thing that mattered to liberals in the presidential race, once again, was removing a Republican, this time Donald Trump, from office. This, the liberals achieved. But their Faustian bargain, in election after election, has shredded their credibility. They are ridiculed, not only among right-wing Trump supporters but by the hierarchy of the Democratic Party that has been captured by corporate power. No one can, or should, take liberals seriously. They stand for nothing. They fight for nothing. The cost is too onerous. And so, the liberals do what they always do, chatter endlessly about political and moral positions they refuse to make any sacrifices to achieve.

Liberals, largely comprised of the professional managerial-class that dutifully recycles and shops for organic produce and is concentrated on the two coasts, have profited from the ravages of neoliberalism. They seek to endow it with a patina of civility. But their routine and public humiliation has ominous consequences. It not only exposes the liberal class as hollow and empty, it discredits the liberal democratic values they claim to uphold. Liberals should have abandoned the Democratic Party when Bill Clinton and political hacks such as Biden transformed the Democratic Party into the Republican Party and launched a war on traditional liberal values and left-wing populism. They should have defected by the millions to support Ralph Nader and other Green Party candidates.

This defection, as Nader understood, was the only tactic that could force the Democrats to adopt parts of a liberal and left-wing agenda and save us from the slow-motion corporate coup d’état. Fear is the real force behind political change, not oily promises of mutual goodwill. Short of this pressure, this fear, especially with labor unions destroyed, there is no hope. Now we will reap the consequences of the liberal class’s moral and political cowardice.

The Democratic Party elites revel in taunting liberals as well as the left-wing populists who preach class warfare and supported Bernie Sanders. How are we supposed to interpret the appointment of Antony Blinken, one of the architects of the wars in Iraq and Afghanistan and supporter of the apartheid state of Israel, as Secretary of State? Or John Kerry, who championed the massive expansion of domestic oil and gas production, largely through fracking, and, according to Barack Obama’s memoir, worked doggedly to convince those concerned about the climate crisis to “offer up concessions on subsidies for the nuclear power industry and the opening of additional U.S. coastlines to offshore oil drilling” as the new climate policy czar? Or Brian Deese, the executive who was in charge of the “climate portfolio” at BlackRock, which invests heavily in fossil fuels, including coal, and who served as a former Obama economic adviser who advocated austerity measures, to run the White House’s economic policy? Or Neera Tanden, for director of the Office of Management and Budget, who as president of the Center for American Progress raised millions in dark money from Silicon Valley and Wall Street while relentlessly ridiculing Bernie Sanders and his supporters on cable news and social media and who proposed a plank in the Democratic platform calling for bombing Iran?

The Biden administration resembles the ineffectual German government formed by Franz von Papen in 1932 that sought to recreate the ancien régime, a utopian conservatism that ensured Germany’s drift into fascism. Biden, bereft like von Papen of new ideas and programs, will eventually be forced to employ the brutal tools Biden as a senator was so prominent in creating to maintain social control – wholesale surveillance, a corrupt judicial system, the world’s largest prison system and police that have been transformed into lethal paramilitary units of internal occupation. Those that resist as social unrest mounts will be attacked as agents of a foreign power and censored, as many already are being censored, including through algorithms and deplatforming on social media. The most ardent and successful dissidents, such as Julian Assange, will be criminalized.

The shock troops of the state, already ideologically bonded with the neofascists on the right, will hunt down and wipe out an enfeebled and often phantom left, as we saw in the chilling state assassination by U.S. Marshals of the antifa activist Michael Reinoehl, who was unarmed and standing outside an apartment complex in Lacey, Washington, in September when he was shot multiple times. I witnessed this kind of routine state terror during the war in El Salvador. Reinoehl allegedly killed Aaron Danielson, a member of the far-right group Patriot Prayer during a pro-Trump rally in Portland, Oregon in August.

Compare the gunning down of Reinoehl by federal agents to the coddling of Kyle Rittenhouse, the 17-year-old accused of killing two protesters and injuring a third on August 25 in Kenosha, Wisconsin. Police officers, moments before the shooting, are seen on video thanking Rittenhouse and other armed right-wing militia member for coming to the city and handing them bottles of water. Rittenhouse is also seen in a video walking toward police with his hands up after his shooting spree as protesters yell that he had shot several people. Police, nevertheless, allow him to leave. Rittenhouse’s killings have been defended by the right, including Trump. Rittenhouse, who has received hundreds of thousands of dollars in donations for his legal fees, has been released on $2 million bail.

We stand on the cusp of a frightening authoritarianism. Social unrest, given a continuation of neoliberalism, the climate crisis, the siphoning off of diminishing resources to the bloated war machine, political stagnation and the failure to contain the pandemic and its economic fallout, is almost certain. Absent a left-wing populism, a disenfranchised working class will line up, as it did with Trump, behind its counterfeit, a right-wing populism. The liberal elites will, if history is any guide, justify state repression as a response to social chaos in the name of law and order. That they, too, are on the Christian Right and the corporate state’s long list of groups to be neutralized will become evident to them when it is too late.

It was Friedrich Ebert and the Social Democratic Party of Germany, siding with the conservatives and nationalists, that created the Freikorps, private paramilitary groups composed of demobilized soldiers and malcontents. The Freikorps ruthlessly crushed left-wing uprisings in Berlin, Bremen, Brunswick, Hamburg, Halle, Leipzig, Silesia, Thuringia and the Ruhr. When the Freikorps was not gunning down left-wing populists in the streets and carrying out hundreds of political assassinations, including the murder of Walther Rathenau, the foreign minister, it was terrorizing civilians, looting and pillaging. The Freikorps became the antecedent of the Nazi Brownshirts, led by Ernst Röhm, a former Freikorps commander.

All the pieces are in place for our own descent into what I suspect will be a militarized Christianized fascism. Political dysfunction, a bankrupt and discredited liberal class, massive and growing social inequality, a grotesquely rich and tone-deaf oligarchic elite, the fragmentation of the public into warring tribes, widespread food insecurity and hunger, chronic underemployment and unemployment and misery, all exacerbated by the failure of the state to cope with the crisis of the pandemic, combine with the rot of civil and political life to create a familiar cocktail leading to authoritarianism and fascism.

Trump and the Republican Party, along with the shrill incendiary voices on right-wing media, play the role the antisemitic parties played in Europe during the late 19th and early 20th century. The infusion of anti-Semitism into the political debate in Europe destroyed the political decorum and civility that is vital to maintaining a democracy. Racist tropes and hate speech, as in Weimar Germany, now poison our political discourse. Ridicule and cruel taunts are hurled back and forth. Lies are interchangeable with fact. Those who oppose us are demonized as human embodiments of evil.

This poisonous discourse is only going to get worse, especially with millions of Trump supporters convinced the election was rigged and stolen. The German Social Democrat Kurt Schumacher in the 1930s said that fascism “is a constant appeal to the inner swine in human beings” and succeeds by “mobilizing human stupidity.” This mobilized stupidity, accompanied by what Rainer Maria Rilke called “the evil effluvium from the human swamp,” is being amplified and intensified in the siloed media chambers of the right. This hate-filled rhetoric eschews reality to cater to the desperate desire for emotional catharsis, for renewed glory and prosperity and for acts of savage vengeance against the phantom enemies blamed for our national debacle.

The constant barrage of vitriol and fabulist conspiracy theories will, I fear, embolden extremists to carry out political murder, not only of mainstream Democrats, Republicans Trump has accused of betrayal such as Georgia governor Brian Kemp and those targeted as part of the deep state, but also those at media outlets such as CNN or The New York Times that serve as propaganda arms of the Democratic Party. Once the Pandora’s box of violence is opened it is almost impossible to close. Martyrs on one side of the divide demand martyrs on the other side. Violence becomes the primary form of communication. And, as Sabastian Haffner wrote, “once the violence and readiness to kill that lies beneath the surface of human nature has been awakened and turned against other humans, and even made into a duty, it is a simple matter to change the target.”

This, I suspect, is what is coming. The blame lies not only with the goons and racists on the right, the corporatists who pillage the country and the corrupt ruling elite that does their bidding, but a feckless liberal class that found standing up for its beliefs too costly. The liberals will pay for their timidity and cowardice, but so will we.