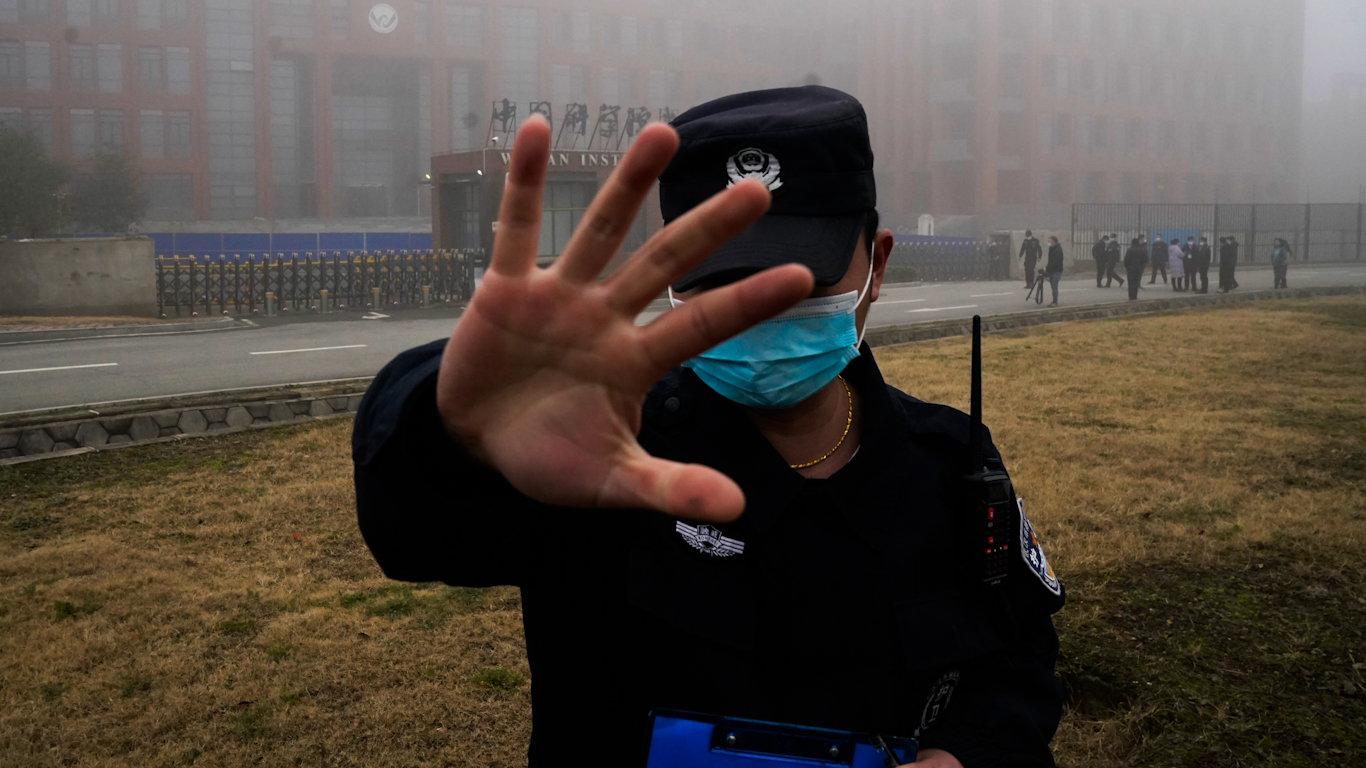 The company offered me a contract, killed my first article, then completely cut ties with me.

WASHINGTON (Substack // Alex Rubinstein) — Demonstrating the mainstream media’s aversion to publishing alternative foreign policy views, my contract with Business Insider was put in the shredder before they published a single word of mine on their website. The whole process began and ended quicker than a CIA orchestrated interim presidency.

It took a little more than one month for the company to offer me a contract, refuse to publish my first article, and then axe their contract with the only anti-imperialist contributor to their opinion section — and presumably the only one with any relationship with their website. It’s more evidence that the mainstream media is utterly beholden to the interests of empire to the point where it is no less controlled than that of paper under the domain of a one-party, so-called authoritarian state — and I clearly had no place in this kind of professional milieu.

While my writing attracted the attention of an editor at the company responsible for scouting contributors, it appears somebody at the top at Business Insider, a subsidiary of the largest digital publishing house in Europe, Axel Springer, ordered my termination.

As Max Blumenthal, editor-in-chief of The Grayzone has previously reported, Axel Springer employees have been required to “support the vital rights of the State of Israel,” “uphold the principles of a free social market economy” and “support the Transatlantic Alliance and maintain solidarity with the United States of America in the common values of free nations.”

A still-active version of the company’s code of conduct reproduces much of this language and is screenshotted below.

As alternative journalists and platforms continue to gain even larger user bases and followings, it seems that Business Insider was keen to get in on the action and may have reached out to me for that reason. Yet the archaic corporate structure is evidently stacked with barriers in place preventing any young and open-minded editors from tapping into this new energy.

On May 28, I was contacted by an Associate Editor at Business Insider whose name I will be leaving out of this article as I do not believe they had anything to do with the company killing my article and then severing our contract.

I was told through a direct message on Twitter from the Associate Editor that “I’ve been following your writing. I’m reaching out because we’re interested in having you write regular opinion pieces for us as a contributing writer. We think your perspective and reporting would be a valuable addition to our opinion section.”

“Types of pieces we’d be interested in include critiques of US foreign policy decisions, nuanced takes about international news topics that have a global or US-centered appeal, and pieces that make the argument for why readers should care about an impactful, but under-covered topic,” they wrote, adding “It would be a pleasure to work with you!”

In short notice, I was offered a contract to write one opinion article per month for $500. The contract was for six months.

I was quite shocked by all of this but grateful nonetheless. They told me they have “325 million readers and 225 million followers on social [media],” so it was an excellent opportunity to present my work to new audiences.

When I was getting started as a journalist, I took a job with RT (formerly Russia Today) and I have also contributed to a couple widely-read independent outlets under constant attack like The Grayzone and MintPress News. My first in-person interview with RT was on my 23rd birthday. By the time I left the company, Donald Trump was president and RT was falsely blamed by the mainstream media and US intelligence agencies for helping to make that happen, though their real crime was not being sufficiently duteous to Hillary Clinton. I figured by that point I was blacklisted from most publications.

So when Business Insider approached me, I was happy to take it; not that I love or even consume mainstream media, but it was good money, representing a 50 percent increase to my monthly income as I try to save up for my wedding next Spring.

I also figured that I would rather write for a mainstream publication that doesn’t hide that fact than a supposedly left-wing outlet which carries water for the imperialism of the White House and State Department (and most critically, Langley), the kind of outlets many of my contemporaries are employed by.

In my interview with Business Insider, I explicitly stated that I want to be allowed to critically challenge key narratives of US foreign policy and I was told that this is exactly what they wanted from me.

I made a couple of pitches and was asked to elaborate on one of them, which challenged the theory that the coronavirus originated at the Wuhan Institute of Virology in China. And so I wrote a longer version of my pitch via email to the Associate Editor who responded to it saying “I’ll chat with the team today and get back to you.”

Some hours later, I was told “After chatting with the team, we are good to move forward on this idea.”

So I wrote my article. It was then edited by the Associate Editor. They passed it on to a “Commentary Editor,” whom I assume leads the team. According to the Google Document, the Commentary Editor stopped editing several paragraphs in.

I was then told by the Associate Editor that “I have bad news. We won’t be able to run this piece due to a conflict with some internal projects.”

This empty response seemed spurious to me but not surprising.

Contractually I was able to still publish my article, which can be read here. Many of the more biting bits were not present in the original version Business Insider was going to publish.

For my latest on Substack, I examined how discredited warmongers are pushing the idea that the coronavirus came from the Wuhan Institute of Virology to provoke further Great Power Competition while ignoring scientific basics https://t.co/fM3RxQa6w3

Nonetheless, I responded to the Associate Editor that I would like to know when I can make more pitches.

They told me to check back next week. I did on Tuesday, July 6th. On Thursday the 8th, the Associate Editor wrote back: “I know we just signed you on, but the team’s focus has shifted, and unfortunately we are no longer able to continue the relationship.”

In a flash, my contract was cancelled with the company with yet another boilerplate and probably bogus justification.

“We should’ve had things in order on our end to prevent this from happening, and for that I apologize,” the Associate Editor wrote. The stunning lack of professionalism from the company aside, I doubt it was the Associate Editor who made this call. Rather I believe that somebody at the top of the chain threw a wrench down and told their subordinates to get rid of me; that I was not somebody who should be published. Why else would a publication hire me to write opinion articles then decide that my opinions were not in-line with their vision?

Through my contributions to The Grayzone, a publication under constant attack by the mainstream press for exposing their deceptions and the deceptions of the empire they serve, I have broke stories that are damaging to the Democratic Party; for example exposing how media darling Pete Buttigieg likely worked with the CIA in Afghanistan.

Meanwhile, my work for the similarly maligned MintPress News has blown the lid off major foreign destabilization operations, like the wealthy right-wing forces that mobilized to try to overtake the Venezuelan embassy in Washington DC and the US government’s funding of activist groups leading the riots in Hong Kong. Alongside Grayzone editor Max Blumenthal, I also authored a three-part investigation on how billionaire eBay founder Pierre Omidyar, who owns The Intercept and other publications, is funding a large part of the left media landscape from fact-checking organizations to press freedom groups and more while also being effectively a functionary of the intelligence community.

The first part of three in an investigative series by myself and @MaxBlumenthal for @MintPressNews is out.

Pierre Omidyar’s Influence Empire: How One of America’s Premier Data Monarchs is Funding a Global Information War and Shaping the Media Landscape https://t.co/CV7gRraQvo

This is the kind of reporting that can make you persona-non-grata in both mainstream and left-leaning media.

So the whole saga turned out to be something I more-or-less expected from the moment I was contacted by the Associate Editor. Except it was an even more pathetic reflection on the state of mainstream media than I anticipated.

I had assumed that after publishing an article or two with them, the coterie of anti-anti-imperialist journalistic hacks who try to have everyone who has ever pushed back on the dirty war in Syria cancelled would realize that I was being published by a mainstream website and then commence a smear-filled pressure campaign to have me fired.

It didn’t even make it that far.

As I have written on Twitter, I am hoping to be in a position where I can write for Substack full time at the end of this year. I was optimistic that my contract with Business Insider would help make that possible, because I love investigating and writing about the kinds of things the mainstream media won’t tell you.

At this point, that goal will be much more difficult for me to realize as I have little time currently to invest in my Substack and no savings to serve as a safety net. However, this incident with Business Insider only further demonstrates the corrupted state of mainstream media and highlights the importance of platforms like Substack.

With the news cycles programmed by a handful of companies towing the same line as the intelligence community on every international issue of the day, anti-imperialist voices are a kryptonite to the establishment that must be avoided at all costs.

This story affirms my belief that the most cancellable offense in today’s media landscape is challenging the narratives of United States imperialism.

Feature photo | A security person moves journalists away from the Wuhan Institute of Virology after a World Health Organization team arrived for a field visit in Wuhan in China’s Hubei province. Ng Han Guan | AP