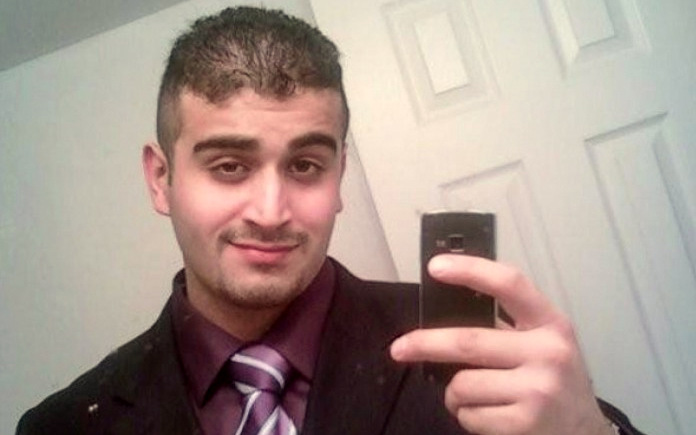 Beyond ISIS: Orlando Mass Killing Is About Much, Much More Than ‘Radical Islam’

AUSTIN, Texas — In the wake of the worst mass killing on U.S. soil since 9/11, politicians and the media seized on the killer’s purported declaration of allegiance to Middle Eastern terrorist groups as an excuse to demand more military intervention overseas and an increasingly militarized homeland.

Omar Mateen, the 29-year-old shooter who killed 49 people and wounded 53 others in the Pulse nightclub shooting in Orlando on Sunday, reportedly declared allegiance to Daesh (an Arabic acronym for the the terrorist group known in the West as ISIS or ISIL) during a 911 call placed just before he began his attack.

As journalists and investigators piece together the evidence, a complex picture is emerging of a conflicted man whose hate and violence were decidedly homegrown.

But this hasn’t stopped the presumptive presidential nominees from both major political parties from using Mateen’s actions as an excuse to call for waging more war and expanding the power of domestic intelligence and law enforcement agencies.

Speaking Monday at St. Anselm College in Manchester, N.H., Donald Trump professed his “solidarity” with the LGBT community and renewed his call to ban immigrants from the United States, even though Mateen was born in New York. “Clinton wants to allow radical Islamic terrorists to pour into our country. They enslave women, and they murder gays. I don’t want them in our country,” he said.

“When I’m elected I will suspend immigration from areas of the world where there’s a proven history of terrorism against the United States, Europe or our allies until we fully understand how to end these threats.”

Hillary Clinton also invoked the terrorist group in her response to the shooting.

“This was a terrorist attack. ISIS appears to be claiming credit for it, whether it had anything to do with it or not — at a minimum, they seem to have inspired it,” Clinton said during a Monday appearance on CNN’s “New Day.”

And during a campaign stop in Cleveland later that day, Clinton vowed to crack down on “lone wolf” terrorists — individuals supposedly radicalized by terrorist propaganda despite lacking actual ties to groups like Daesh — through increased government and police surveillance, while also calling for an intensified bombing campaign in the Middle East.

“[W]e should keep the pressure on ramping up the air campaign, accelerating support for our friends fighting to take and hold ground and pushing our partners in the region to do even more,” she said.

Despite this rhetoric, it’s clear that this devastating attack is far more complex than these candidates insist. And because the roots of this attack are more complex, then the solution demands greater nuance than a blanket ban on immigration or another bombing campaign.

A pledge of allegiance to Daesh?

On Monday, the AlterNet’s Grayzone Project submitted an open records request for Mateen’s 911 call prior to the attack, only to be rebuffed. Max Blumenthal and Sarah Lazare reported:

“Janet Lugo, the records and identification unit supervisor for the Orlando Police Department, replied on June 14: ‘The records being requested are exempt from disclosure at this time. Section 119.071(2)(c)1., Florida Statutes, exempts from disclosure all active criminal investigative information.’”

On Monday, FBI Director James Comey confirmed that Mateen had pledged allegiance to Daesh, but told reporters that he’d also voiced his support for the Nusra Front and Hezbollah.

“They’re really trying to paint a picture of a confused person, who felt targeted because of his religion,” said Al-Jazeera’s Patty Culhane.

The Nusra Front, a Syrian branch of al-Qaida, and Hezbollah, a Lebanese militant group, fight on opposite sides of the Syrian civil war and both have fought ISIS.

“[I]t’s clear that these law enforcement officials are selectively focusing on particular aspects of the attack when they speak with the media. For someone to cite allegiance to multiple terrorist groups that are actually in conflict with one another certainly does not reflect a deep attachment to any individual group’s ideology or political goal.”

In 2007, Mateen was hired by G4S, a British security firm that provides its services to governments and private corporations around the world. Increased scrutiny of the firm and its practices has sent its stock price plummeting since Mateen’s rampage.

There seems to be good reason for increased concerns about the corporation’s ethics and practices when it comes to troubled employees. An investigation by independent journalist Nafeez Ahmed, published on Tuesday in the Middle East Eye, found that Mateen’s behavior grew increasingly erratic, threatening and openly homophobic in the wake of his employment.

Prior to his employment at the security firm, Mateen had befriended a drag queen, Samuel King, according to a report from The Daily Beast. “He might’ve even sat down at the bar and had a drink and laughed with the bartenders, knowing that they were lesbians,” King recalled.

The media has also widely reported that Mateen abused his now ex-wife, Sitora Yusufiy, but Ahmed’s timeline shows that the abuse also began after his employment.

Ahmed reported that four employees are suing the company over the extremist, homophobic bigotry of their senior G4S supervisor, and as Alex Emmons wrote for the Intercept, the global security firm has a long history of violent employees and controversial practices.

Mateen’s declarations of sympathy for terrorists prompted an investigation by the FBI in 2013, during which time he was placed on a terrorist watchlist. The investigation was closed in 2014 when no hard evidence was produced. In the meantime, Mateen was transferred from an armed security guard position to a job manning the gate at a retirement community.

“Omar Mateen is by no means the first time that G4S has turned a blind eye to warning signs of the dangerous volatility of an employee, who ends up going on a killing spree as a result,” Ahmed reported, noting the case of Danny Fitzsimons, a former British paratrooper military veteran hired by the firm in 2009 and sent to Iraq:

“Fitzsimmons (sic) was a racist with a criminal record, had been diagnosed with PTSD, and at the time of his employment was on bail and not permitted to leave Britain.

These cases suggest a disturbing pattern, according to Ahmed:

“In Mateen’s case, the response was much the same. Despite repeatedly voicing to his G4S colleagues his desire to kill people, his sympathy for terrorists, along with racist, homophobic and anti-Semitic views, G4S superiors opted to keep Mateen armed, dangerous and on the payroll.”

Sitora Yusufiy, Mateen’s ex-wife, and others who knew him have insisted that Mateen was a closeted gay man. The FBI has reported that he was a regular user of Grindr and other gay dating apps, and a frequent visitor to Pulse, the nightclub he attacked.

As TeleSUR reported Thursday, Yusufiy told a Brazilian TV station that the FBI discouraged her from telling the media about Mateen’s sexual orientation, but the story emerged nonetheless.

The Palm Beach Post reported on Tuesday that Mateen asked a male peer in his 2006 police academy class out on a date. And on Monday, MSNBC’s Chris Hayes interviewed Cord Cedeno, a man who Mateen contacted via Grindr.

“I blocked him immediately,” Cedeno recalled, saying Mateen sent him “creepy” messages. But Cedeno also said that other friends had also encountered Mateen at Pulse and on other dating apps.

Ty Smith, a regular at Pulse, described Mateen’s visits to the club in an interview with The Orlando Sentinel on Tuesday:

“People who are struggling to come to terms with their sexual identity do at times react to that by doing the exact opposite, which could be to become more masculine or more vocal about their ideals of a traditional family,” said Michael Newcomb, a Northwestern University psychologist, told The Associated Press.

Mateen’s father, Seddique Mir Mateen, has sought to deny his son’s sexuality in the media, declaring “only God can punish homosexuality.” Writing for Fusion on Wednesday, Molly Osberg placed Omar Mateen’s behavior in the context of self-hatred bred not just by a homophobic upbringing, but by a dangerously anti-LGBT society which increasingly seeks to pass legislation against LGBT civil rights:

“[W]e live in a country where more than 200 anti-LGBT bills have been proposed in the last year alone, where it is fantastically unsafe to be a person of color, where people who identify as LGBTQ are discouraged from seeking therapy, where even in the immediate aftermath of Sunday’s shooting a federal law banned an entire swath of the community from donating blood in Orlando.”

“After all,” Osberg wrote, “loathing like that doesn’t come out of nowhere; it’s a reflection of the climate in which it was grown.”

Omar Mateen’s transition from domestic abuser to mass murderer also reflects a disturbing pattern in American society that has little or nothing to do with his faith, suggested Soraya Chemaly in a Monday post on Rolling Stone:

“As Huffington Post reporter Melissa Jeltsen wrote last year, ‘The untold story of mass shootings in America is one of domestic violence.’ According to a conservative estimate by the FBI, 57 percent of the mass shootings (involving more than four victims) between January 2009 and June 2014 involved a perpetrator killing an intimate partner or other family member. In other words, men killing women intimates and their children and relatives are the country’s prototypical mass shooters; these killings are horrifyingly common.”

In fact, the pattern had already repeated itself on Sunday evening, when a New Mexico man allegedly shot his wife and four daughters to death in their family home, Chemaly noted.

Max Blumenthal and Sarah Lazare wrote that “thanks largely to law enforcement’s careful management of information,” focus has remained on Daesh, rather than other factors that may have contributed more to Mateen’s actions:

“Indeed, the focus on ISIS has overwhelmed other important factors in the massacre, from lax gun laws to homegrown homophobia to Mateen’s history of domestic violence and possible struggle with his own sexuality.”

Delma Catalina Limones, a self-described “queer Latina,” emphasized the importance of rejecting Islamophobia in the wake of the killing, in an op-ed published Tuesday by Truthout. Mateen’s attack occurred on Pulse’s “Latin Night,” and the majority of those killed or wounded were of Puerto Rican descent. Rather than succumbing to hatred, Limones said the LGBT community has recognized “that queer and trans liberation is also connected to the liberation of other marginalized people, including Muslims.”

“You see, the United States made Mateen,” Limones wrote. She suggested focus on the ISIS declaration is a distraction from the origins of his attack in widespread bigotry in our culture:

“Just like the nine Black people in South Carolina who were murdered last June in their place of worship, and the two civilians murdered at a women’s health center in Colorado in November, the people who were at Pulse nightclub thought they were safe.”

Rather than fighting terrorists abroad, Limones argued that the U.S. should work to improve the lives of marginalized populations at home:

“The Pulse shooting is a reminder that safe spaces can only do so much until our country acknowledges that the state itself perpetuates violence toward the most vulnerable in our society every single day.”