CARACAS, VENEZUELA -- The State Department has announced that the United States, unlike Russia and China, will not recognize the results of Venezuela’s May 20 election. Canada and a few Latin American allies of the U.S. joined in rejecting the results. The vote re-elected Nicolas Maduro to a second six-year presidential term. Maduro, who won a

END_OF_DOCUMENT_TOKEN_TO_BE_REPLACED

An open letter to the J20 protesters by Political analyst and MintPress contributor Caleb Maupin. Dear J20 Protesters,     These are not emotionless times in the United States of America. Anger is running high all across the country. If you have a moment, I urge you to calmly please consider just a few things I have to say. I’m not a Trump supporter, but I have some deep reservations about the “Anti-Trump” movement. First,

END_OF_DOCUMENT_TOKEN_TO_BE_REPLACED WASHINGTON --- Not long after a U.S.-backed rebel group in Syria received worldwide attention for a beheading, the group may have deployed chemical weapons in Aleppo. A video of the rebels, known as Harakat Nour al-Din al-Zenki, beheading a

END_OF_DOCUMENT_TOKEN_TO_BE_REPLACED There is something really sinister in Turkish President Erdogan's recent statement in praise of Adolph Hitler, New York-based political analyst Caleb Maupin notes, adding that the Turkish leader's notion was by no means accidental.

"As NATO's Kiev fascists routinely do, Erdogan has praised a man who killed over 27 million

END_OF_DOCUMENT_TOKEN_TO_BE_REPLACED

Development and poverty eradication may be in the overall interest of the human race, but certain powerful forces see it as a threat to their position as hegemonic rulers of the global economy. Prior to 2011, Syria was a prosperous Middle Eastern country. The Baathist government had taken tremendous steps to improve the lives of Syria’s people. Between 1970 and 2009, the life expectancy for Syrians increased by 17 years, and the infant mortality rate was reduced exponentially. According to the US Library of Congress, in 1981 forty-two

END_OF_DOCUMENT_TOKEN_TO_BE_REPLACED

Salman’s Shake-Up: Saudi Maneuvers Are Bad for the American People

Only 36 percent of Americans consider Saudi Arabia to be a friend or ally and little benefit has come from America’s special relationship with Saudi Arabia, However, U.S. leaders seem to be accountable elsewhere. 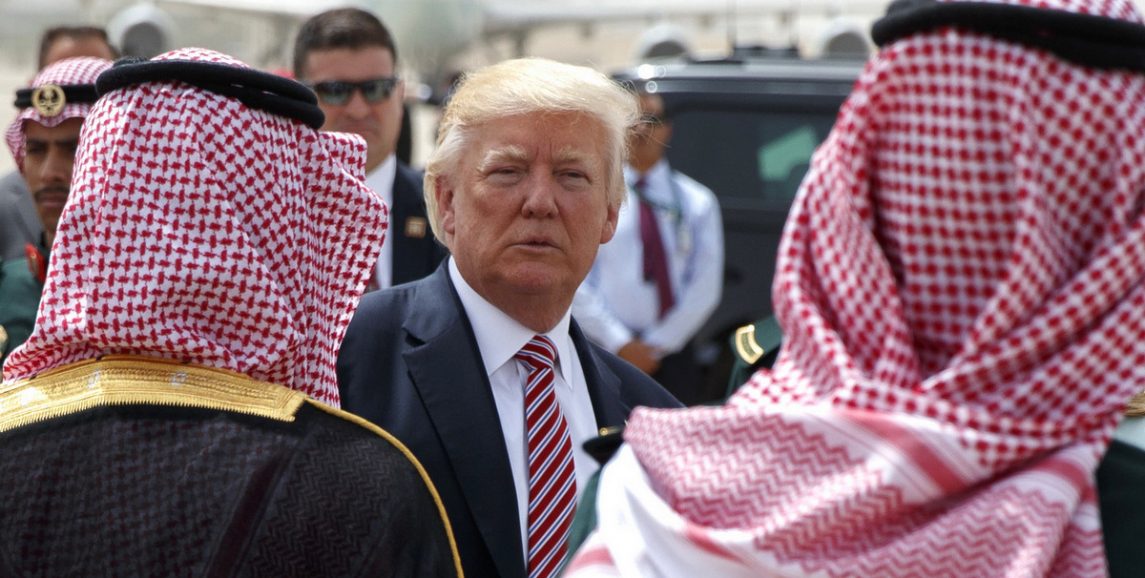 The Ritz Carlton Hotel in downtown Riyadh is now serving as a temporary prison, holding some of the 201 people that have been detained on the orders of Crown Prince Mohammad bin Salman. 1,800 bank accounts have been frozen. The drama is escalating on the international front as well. The Saudis are blaming Iran for a recent

END_OF_DOCUMENT_TOKEN_TO_BE_REPLACED

As the commander-in-chief of the US government, Trump is doing his job and trying to secure the profits of the USA’s billionaire elite, like almost every President before him.

Despite all the talk of Russia in 2016, and all the arguments and allegations around it, US policy toward the largest country on earth in terms of geography remains unchanged. This is due to the fact that policy is driven by Wall Street’s drive for profits, not the good or bad wishes of individual politicians. During the 2016