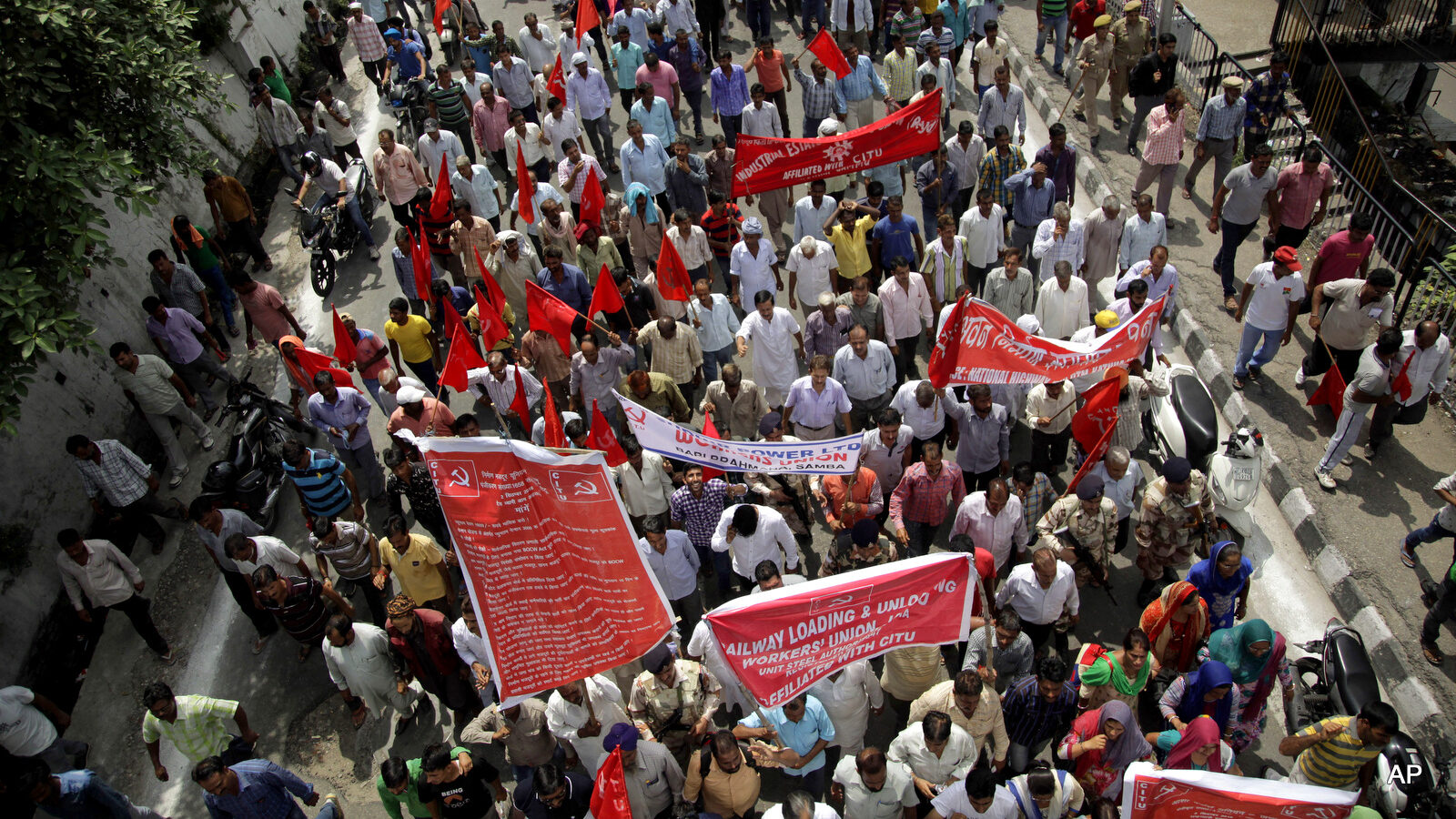 Over 150 Million People Participate In Largest Labor Strike In History

Mumbai, India – The All India Strike, conducted across India, is likely the largest labor strike in human history, with some estimates putting the figure of striking workers at 150 million. Occurring during the fanfare of the United State’s Labor Day holiday, a long weekend mostly known in American culture as a time to drink beer and grill hot dogs, the All India Strike has disrupted many public sector industries and brought Indian workers into the international spotlight.

The strike began after talks between the representatives of ten major public sector unions and Finance Minister Arun Jaitley failed to reach a compromise. The unions have accused the national government, currently run by the majority National Democratic Alliance, of institutions “anti-worker, anti-national, and anti-worker” policies.

Among wage and bonus issues, the government has signalled that it would like to take more money from state worker’s pension funds to place into the stock market, a move that is strongly opposed by the unions involved in the All India Strike movement. Tapan Sen, the General Secretary of the Centre of Indian Trade Unions, has called the move “a vile conspiracy… to privatize the public sector and invite foreign capital to some parts of industry.”

The strike has effected services across India, with government offices closed and public transport being disrupted. Many banking and manufacturing centers were shuttered as well. Union activists reportedly blocked rail lines and highways, and some 20 protesters were arrested in West Bengal after allegedly damaging two government buses.

In Delhi, some 20,000 nurses were detained by police after the Delhi government implemented emergency powers in wake of the All India Strike. The union nurses still refused to return to work until concessions were made, but have since reached an agreement. According to NDTV:

The strike was called off late in the night on Saturday after a marathon four-hour meeting between All India Government Nurses’ Federation and Union Health Ministry officials. The nurses were promised that their demands will be put before the Union Ministry of Finance on September 12. They have also been given the assurance that those who skipped work today and on Friday will not be penalised. The two days would be considered as leave, the nurses were told.

The All India strike is almost certainly the largest coordinated strike in Indian, and perhaps world, history. As the United States celebrates Labor Day holiday, global focus this weekend turned to labor issues that also resonate outside of India.

According to Ramen Pandey of the Indian National Trade Union Congress, “this strike is against the central government, this strike is for the cause of the working people… we will prove that this strike is the world’s largest ever.”