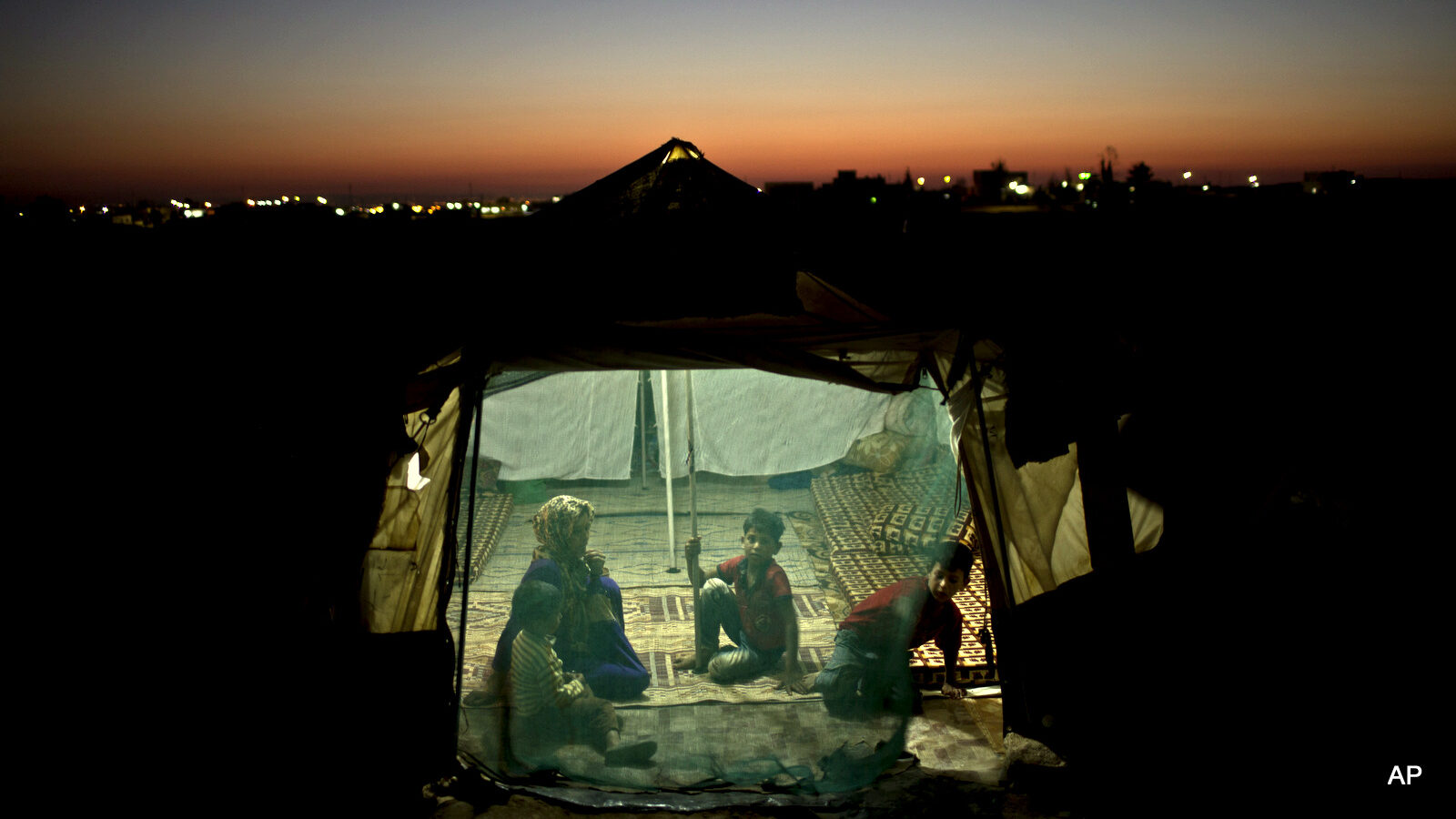 A last-minute U.S. donation of $65 million kept food aid in Jordan going for August, though at reduced levels

In this Wednesday, July 22, 2015 photo, Syrian refugee Eidah Hassoun, 36, sits with her children inside their tent at an informal tented settlement near the Syrian border on the outskirts of Mafraq, Jordan. More than 10,000 children have died in Syria’s four-year conflict, while over 2.8 million in and out of the country don’t go to school, according to the U.N. children’s agency, UNICEF.

A last-minute U.S. donation of $65 million kept food aid in Jordan going for August, though at reduced levels, the WFP said. If no additional contributions come in, half the current food aid recipients would lose all benefits by September.

“This timely contribution has helped us avoid major cuts, but unless other donors step up to the plate, it will be only a matter of months before we face the same situation again,” said WFP’s regional director Muhannad Hadi.

Since the 2011 start of the Syrian conflict, more than 4 million Syrians have fled to neighboring countries. Jordan hosts 629,000 Syrian refugees, including about 100,000 housed in refugee camps and more than half a million living in Jordanian communities.

Largely unable to work legally, most urban refugees live in poverty. About 440,000 have been receiving WFP food vouchers, a mainstay of support, but the agency has had to reduce food aid repeatedly in recent months.

Food aid for the most vulnerable is secured through November at current funding levels, the agency said. For the rest, it would stop in September.

The agency has expressed concern that deepening poverty will prompt more refugees to pull their sons out of school and send them to work or marry off daughters in their teens.

One refugee, speaking before the announcement of aid cuts, said he fears his family of eight will be evicted from their apartment in a poor area of the Jordanian capital of Amman because he can’t pay the rent.

“I don’t know where to go,” said the man, who gave a nickname, Abu Udai, amid concern for relatives remaining in Syria. “I can’t find a job, and work is illegal here.”

Urban refugees unable to make ends meet may face a choice between moving to a refugee camp, where aid levels are higher, or returning to Syria, despite the dangers.

The Zaatari refugee camp, established three years ago, is at full capacity and not taking any more newcomers, and the only option would be the newer, Azraq camp.

The agency said it immediately needs $168 million to support refugees through October in the five main countries of the region that are hosting Syrian refugees.