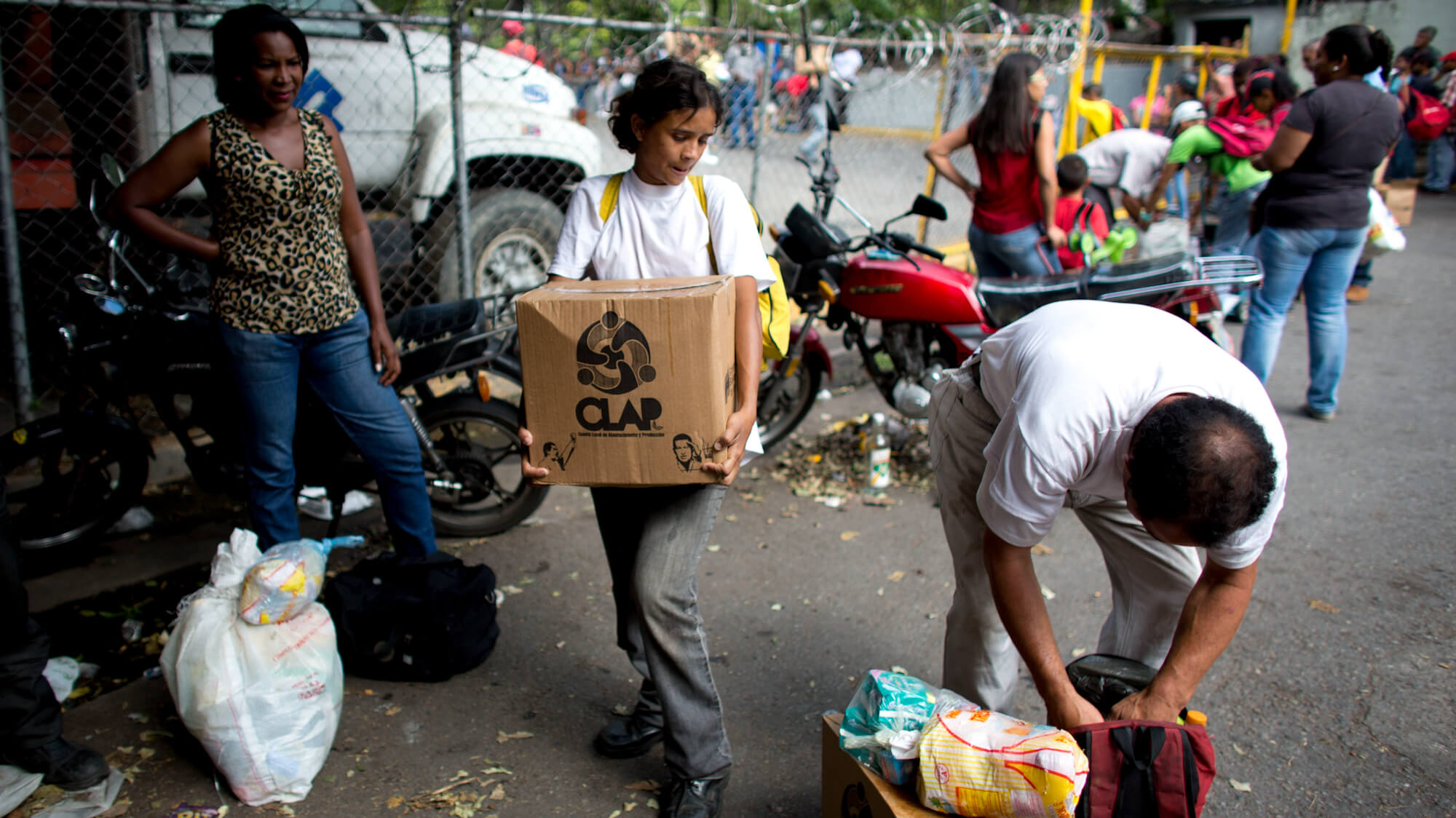 UNITED NATIONS – As a United States-backed coup attempt sputters in Venezuela, the embattled South American country’s economy continues to groan under a series of punishing sanctions imposed by Washington, while Western media ignores their devastating impact and instead pushes Juan Guaidó and regime-change as the cure-all for Venezuela’s ills.

A study released by the Washington-based Center for Economic and Political Research on Thursday found these sanctions had likely cost the lives of more than 40,000 Venezuelans in 2018 alone.

In September of that year, over 300,000 Venezuelans lacked access to medicines or treatment, including an estimated 80,000 with HIV who had gone without retroviral treatment since the previous year; 16,000 in need of dialysis; another 16,000 with cancer; and 4 million with hypertension and diabetes.

This toll accumulated even before a series of fresh sanctions, including the withholding of billions of dollars intended for medical supplies, imposed by the U.S. since the beginning of 2019.

Prior to the escalation — which began in earnest with new measures targeting Venezuela’s state-owned oil company, Petróleos de Venezuela, S.A. (PdVSA), on January 28 — 81 percent of Venezuelans already opposed the sanctions.

In the aftermath of the escalation, the report, Economic Sanctions as Collective Punishment: The Case of Venezuela, said:

The death toll going forward this year, if the sanctions remain in place, is almost certainly going to be vastly higher than anything we have seen previously, given the highly accelerated rate of decline of oil production and therefore the availability of essential imports, and also the accelerated decline of income per person.”

With their staggering costs likely to increase,

[The measures] would fit the definition of collective punishment of the civilian population as described in both the Geneva and Hague international conventions, to which the U.S. is a signatory.

They are also illegal under international law and treaties which the U.S. has signed, and would appear to violate U.S. law as well.”

But despite the sanctions’ devastating toll and likely illegality, Venezuela has few options to challenge them, especially in the short term.

“The problem with the Geneva and Hague conventions is that they only apply during wartime,” Mark Weisbrot, co-director of CEPR and the study’s co-author, told MintPress News. “Venezuela did file a complaint at the WTO,” he added, concluding:

There are probably other legal actions that it could take but they would take many years and be difficult to win, given the influence of the U.S. and its allies in international organizations — e.g., the Inter-American Court of Human Rights or the International Criminal Court.”

“Make the people of the targeted country scream”

By all accounts, the rising death toll serves a clear purpose for the U.S.

And even if the U.S.’s program of “economic warfare” had not fit an established pattern, its officials have rarely kept a secret its agenda of forcing a transfer of power to opposition leader Juan Guaidó, whom it recognized as Venezuela’s president on January 23.

“You watch the political and diplomatic noose tighten around Maduro’s neck,” Secretary of State Mike Pompeo gloated on April 14, after both Canada and the U.S. levied fresh sanctions.

On March 8, Senator Marco Rubio (R-FL), a key supporter of both sanctions and regime change, called for the U.S. to promote “widespread unrest” in Venezuela.

“Henry Kissinger’s famous instruction to make Chile’s ‘economy scream’ was itself a misdirection,” Chuck Kaufman, national co-coordinator of the Tucson-based Alliance for Global Justice, told MintPress. “The purpose of sanctions is to make the people of the targeted country scream.”

“I was a little surprised at the high number, but their research certainly confirms our understanding of the purpose and effect of unilateral sanctions,” Kaufman said.

He added that in light of Venezuela’s limited resort, its supporters in the U.S. should consider possible options to challenge the sanctions.

“Like everything else, our ability to oppose sanctions is directly related to our power to force the ruling class to accommodate our demands,” he said.

If U.S. citizens know little about the grisly results of their government’s agenda in Venezuela, it may be because little information that could undermine its aims there has been offered to them.

Yesterday, New York-based Fairness & Accuracy In Reporting released a survey of opinion journalism on Venezuela in the U.S. that “found no voices in elite corporate media that opposed regime change in that country.”

The media watchdog’s study, Zero Percent of Elite Commentators Oppose Regime Change in Venezuela, reviewed three months of commentary in the New York Times and the Washington Post, as well as on three major Sunday morning talk shows — ABC’s This Week, CBS’ Face the Nation, and NBC’s Meet the Press — and the PBS NewsHour.

“Over a three-month period (1/15/19 – 4/15/19), zero opinion pieces in the New York Times and the Washington Post took an anti–regime change or pro-Maduro/Chavista position,” the survey’s author, Teddy Ostrow, wrote. “Not a single commentator on the big three Sunday morning talk shows or PBS NewsHour came out against President Nicolás Maduro stepping down from the Venezuelan government.”

Among 76 print articles, 54 explicitly supported regime change, 11 were classified as ambiguous only for their lack of explicit language, and another 11 took no position.

“Corporate news coverage of Venezuela can only be described as a full-scale marketing campaign for regime change,” Ostrow wrote.

Feature Image | People take boxes of food staples, such as beans, rice, tuna and powdered milk, provided by the government program “CLAP,” which stands for Local Committees of Supply and Production, in Caracas, Venezuela, May 16, 2018. The squeeze of financial sanctions by the Trump administration is choking the cash-starved government as it struggles to feed its people. Ariana Cubillos | AP

Joe Catron is a MintPress News journalist covering Palestine and Israel. He is also a solidarity activist and freelance reporter, recently returned to New York from Gaza, Palestine, where he lived for three and a half years. He has written frequently for Electronic Intifada and Middle East Eye, and co-edited The Prisoners’ Diaries: Palestinian Voices from the Israeli Gulag, an anthology of accounts by detainees freed in the 2011 prisoner exchange.