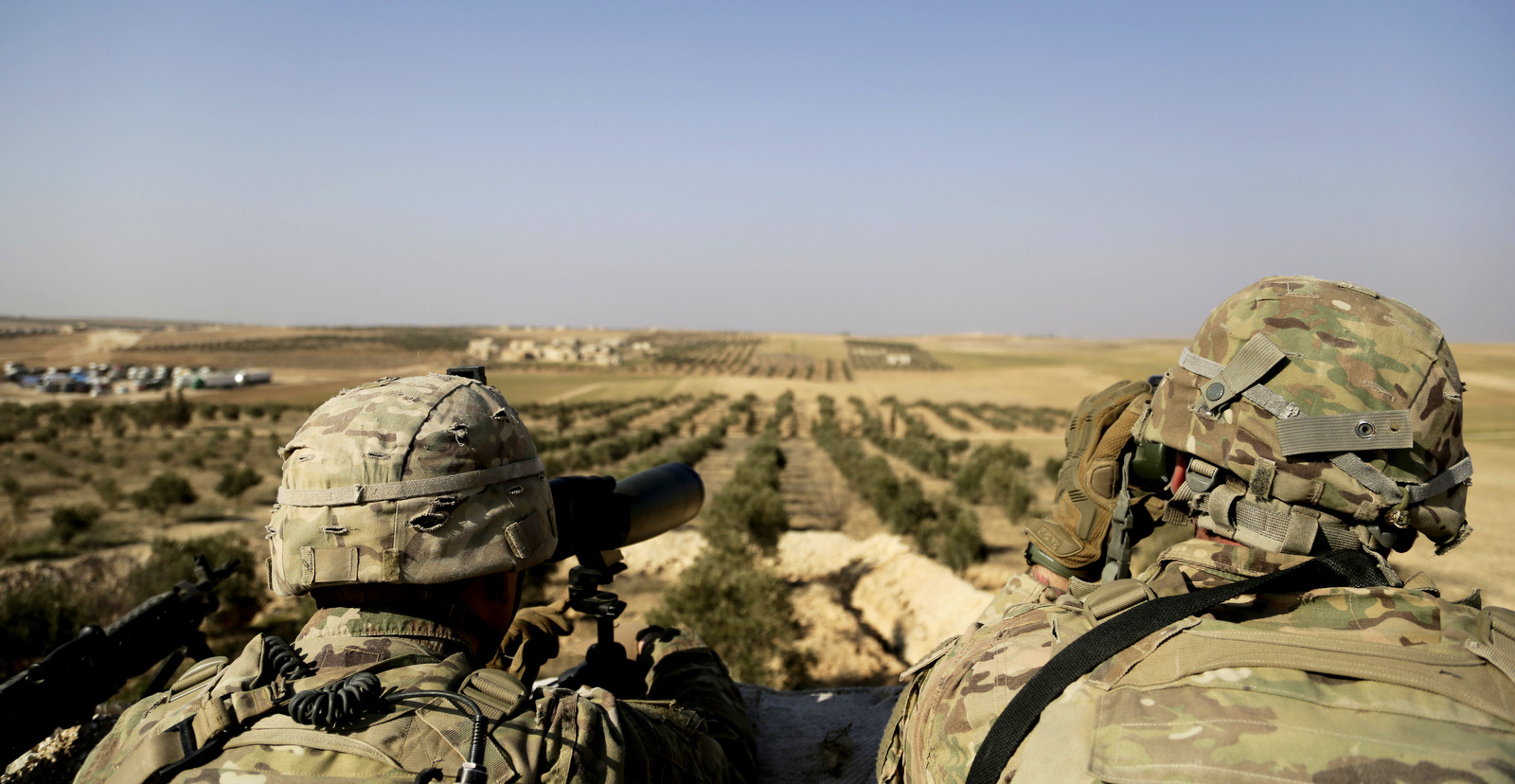 Bolton’s emphasis on the “Iranian menace” as the driver behind the U.S.’ occupation of northeastern Syria represents a departure from past U.S. assertions that the American troop presence was chiefly related to fighting Daesh (ISIS).

During an interview with ABC’s Next Week with George Stephanopoulos, Bolton was asked if a withdrawal of U.S. troops from Syria would be on the agenda of the Trump-Putin summit. In answering, Bolton not only confirmed that the “whole situation in Syria” would be an important point of discussion among the two leaders but also confirmed that U.S. troops would remain in Syria “as long as the Iranian menace continues throughout the Middle East.”

Bolton’s emphasis on the “Iranian menace” as the driver behind the U.S.’ occupation of northeastern Syria – constituting around 30 percent of the nation’s entire territory and a majority of its oil, gas, freshwater and agricultural resources – represents a departure from past U.S. assertions that the American troop presence was chiefly related to fighting Daesh (ISIS).

In addition, Bolton’s comment has now placed defeating Daesh and eliminating the presence of Iranian troops in Syria — troops that were invited into the country by the Syrian government — on equal footing. Also notable is the fact that Bolton asserted that the U.S. troop presence in Syria would continue until Iran’s influence “throughout the Middle East,” not just Syria, is curbed.

This implies that U.S. troops could remain in Syria until there is regime change in Iran — another Trump administration objective in the region — or at the very least until Iran’s regional influence is curbed to levels acceptable to the U.S. and Israel. Thus, the fate of U.S. troop presence in Syria is now linked to conditions relating to events outside of Syria.

Bolton’s comments followed related reports from last week, namely an article published last Thursday in The New York Times asserting that Israel had “won an important commitment” from Putin that saw Russia use its influence in Syria to move Iranian forces fighting alongside the Syrian Arab Army “tens of kilometers” away from the border of the Israeli-occupied Golan Heights.

However, Syrian Foreign Minister Walid al-Moallem stated over a month ago that Iran had no combat forces or fixed military bases in the country, asserting that the only Iranian military officials present in Syria were military advisers embedded with Syrian troops. The lack of Iranian military forces on the ground in Syria is likely why U.S. officials like Bolton have instead cited “Iranian influence” or the “Iranian menace” as opposed to Iranian soldiers or troop presence.

Other reports from independent journalists, such as Elijah Magnier, have further suggested that the U.S. and Israel have been seeking to make a deal with Syria that would result in the complete withdrawal of all Iranian forces — i.e., military advisers — from the entire country, not just the Syrian-Israeli border. According to those reports, diplomatic sources in Syria have stated that the U.S. had offered to withdraw its forces at al-Tanf and in northeastern Syria in exchange for the removal of all Iranian forces from Syria.

You [the United States] came to Syria without any permission and occupied our territory. It is therefore our duty to push you out by all means. You shall not obtain by negotiation and peace what you failed to obtain after seven years of war.”

However, Assad also noted that the Iranian forces that are currently fighting alongside Syrian government forces in the country have no intention of remaining once terrorist groups in the country no longer pose a threat, rejecting Israeli assertions that Iran is seeking to develop a permanent military presence in Syria.

Assad had invited Iranian forces into the country in order to combat terrorist groups, most of them foreign-backed, that had taken over swathes of Syrian territory. Currently, several terrorist groups continue to control the majority of the Idlib province in the northwest of Syria and Daesh (ISIS) still maintains a presence in the northeastern portion of Syria currently occupied by the United States and its proxy forces. Assad has stated that Iranian military advisers will remain until these terrorist groups are eliminated within Syria.

As a result, the Syrian government would only consider such a deal “feasible” if the U.S. would withdraw its forces prior to a pull-out of Iranian forces, as the U.S. presence prevents the Syrian Arab Army and its allies from waging war against Daesh in the northeast. Though it has been suggested that Russia would act as a guarantor of this promise in order to appease the U.S., it is unlikely that the U.S. would agree to pull out prior to a removal of Iranian forces from Syria.

Yet, according to Bolton, the U.S. presence in Syria could well continue until Iran’s influence, not just in Syria but throughout the entire region, is reduced. It is highly unlikely that Assad would agree to these terms, as events beyond Syria are beyond his control and a reduction of Iranian influence in the region would be against Syria’s interest, given that Iran is a major ally of the Assad-led government.

In light of U.S. efforts to negotiate the removal of Iranian forces and its own forces from Syria, Bolton’s recent comments should be taken as proof that the Trump administration plans to continue moving the bar in order to justify the indefinite presence of its troops in the country in service to its larger geopolitical goals, not just in Syria, but in the entire region.

Top Photo | American troops look out toward the border with Turkey from a small outpost near the town of Manbij, Syria, Feb. 7, 2018.(AP/Susannah George)