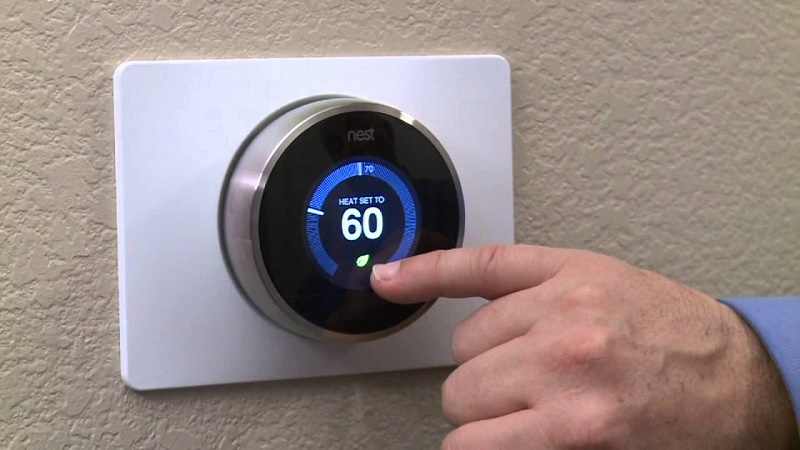 “In the future, intelligence services might use the IoT for identification, surveillance, monitoring, location tracking, and targeting for recruitment, or to gain access to networks or user credentials.”

Nest is a home automation producer of programmable, self-learning, sensor-driven, Wi-Fi-enabled thermostats, smoke detectors, and other security systems. It’s also one of the devices can be used to spy on people in their homes.

United States — Director of National Intelligence James Clapper stated to the Senate Armed Services Committee that the Internet of Things (IoT) — so-called “smart” devices, vehicles, and appliances which employ various computer technologies — may be used to spy and keep tabs on people in the future.

“In the future, intelligence services might use the IoT for identification, surveillance, monitoring, location tracking, and targeting for recruitment, or to gain access to networks or user credentials,” Clapper’s prepared testimony claimed.

Though his remarks were ostensibly, and not surprisingly, directed toward the fight against ‘terrorism,’ the potential implications for all civilians cannot be ignored — particularly considering the IoT comprises everything from smart cars and fitness tracking devices to televisions and Barbie dolls. Clapper warns the threat from Russia, China, Iran, North Korea, and such non-state actors as ISIL and al-Qaeda. can be expected in the form of cyber attacks, gathering information about individuals, and even psy-ops, which make the IoT vulnerable to malicious intent — and ideal for U.S. intelligence-gathering purposes.

“Future cyber operations will almost certainly include an increased emphasis on changing or manipulating data to compromise its integrity (i.e., accuracy and reliability) … Broader adoption of IoT devices and AI [artificial intelligence] — in settings such as public utilities and health care — will only exacerbate these potential effects,” said Clapper.

No matter the possible veracity in concerns of National Intelligence, the agency’s desire to thwart terrorism with an exponential increase in surveillance should be disquieting to all civilians wishing to maintain a modicum of privacy. As researchers with the Berkman Center for Internet & Society at Harvard warned in their recent report, Don’t Panic:

“The Internet of Things promises a new frontier for networking objects, machines, and environments in ways that we [are] just beginning to understand. When, say, a television has a microphone and a network connection, and is reprogrammable by its vendor, it could be used to listen in to one side of a telephone conversation taking place in its room — no matter how encrypted the telephone service itself might be. These forces are on a trajectory towards a future with more opportunities for surveillance.”

Nest is a home automation producer of programmable, self-learning, sensor-driven, Wi-Fi-enabled thermostats, smoke detectors, and other security systems. It’s also one of the devices can be used to spy on people in their homes.

Clapper’s testimony carefully constructs a potential legal justification for expanding surveillance via, say, your dishwasher, in his assertion that homegrown violent extremists — who have now earned an acronym, HVEs — present the greatest looming threat inside the United States. According to his remarks:

“U.S.-based HVEs will probably continue to pose the most significant Sunni terrorist threat to the U.S. homeland in 2016. The perceived success of attacks by HVEs in Europe and North America, such as those in Chattanooga and San Bernardino, might motivate others to replicate opportunistic attacks with little or no warning, diminishing our ability to detect terrorist operational planning and readiness.”

With terrorists, foreign actors, and the U.S. intelligence community eager to take command in varying degrees through the Internet of Things, including smart phones, smart homes, smart cars, smart fridges, smart toys, and even smart toothbrushes, the choice to designate such devices “smart” should perhaps be revisited.

Police Now Trained To Seek Out Smart Appliances In Investigations