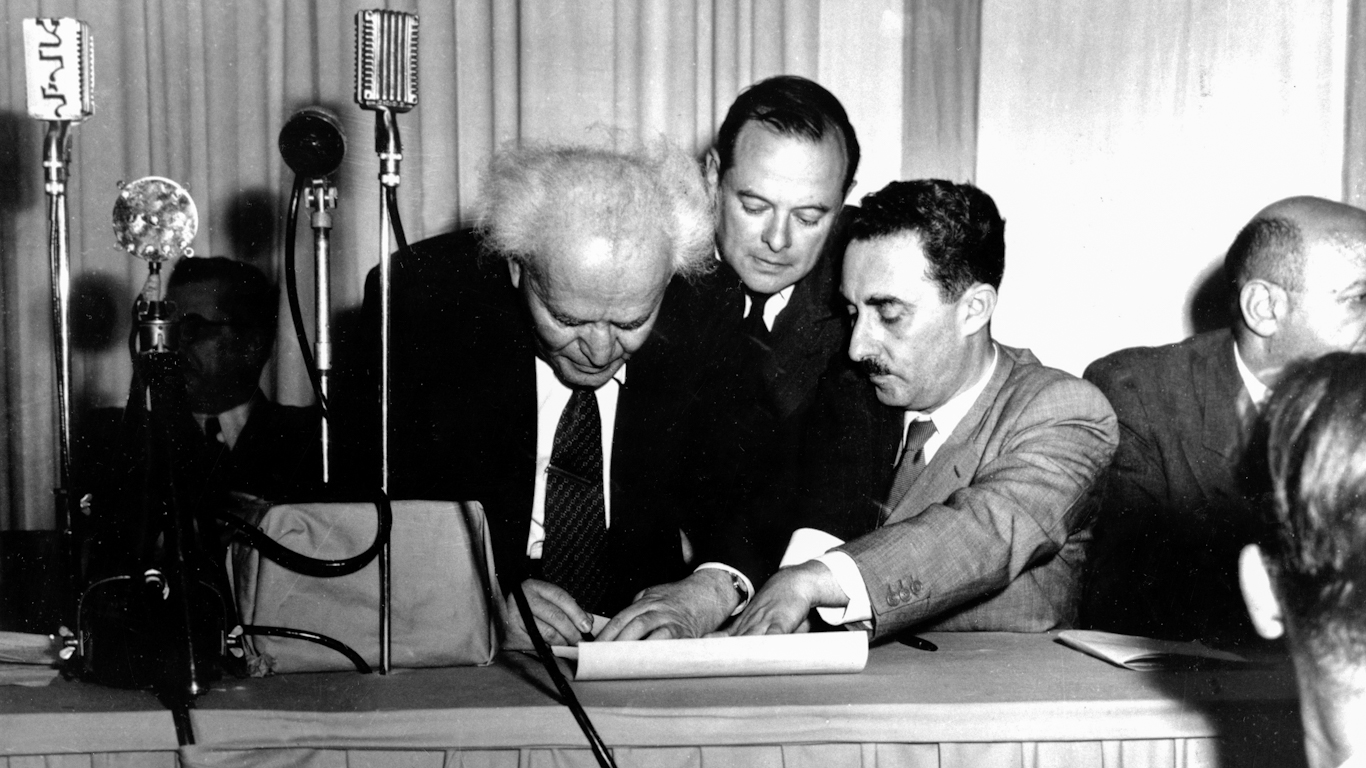 Seventy-Five years after the United Nations’ fatal decision to partition Palestine, the carnage and oppression of Palestinians by those who would claim they represent the Jewish people continues – and it promises to get much worse.

Some claim that Zionism came to save the Jewish people from another Holocaust, that they speak for defenseless Jews so that they will never again have to endure a genocide the likes of the Nazi genocide of the Jews in Europe. But these assertions are merely excuses to allow the Zionist regime to exercise its cruelty and brutality without interruption.

The United Nations Partition Resolution or Resolution 181 of November 1947 brought about the first attacks against Palestinians and opened the door to the brutality of forced exile. Terrorist attacks and massacres that lasted well into the 1950s forced close to one million Palestinians to leave their country or die. Yet the world stood silent and allowed this unforgivable tragedy to unfold.

What makes it possible for the Zionist anti-Palestinian campaign to continue to this day is the fact that Zionist terrorism was in fact hailed as heroism. The myth that the Zionist killers were heroes who freed their country and liberated their people after two thousand years was perpetuated even though it was well-known that it was a lie.

Once the first wave of ethnic cleansing of Palestine came to a pause in the early 1950s, the newly established state began planning its next war against Egypt. Fearing peace as one might fear the plague, Israel’s first prime minister, David Ben-Gurion was busy building a coalition to attack Egypt. Although it took him a few years to build a coalition that would go along with his plan, he succeeded in launching an unwarranted attack against Egypt.

As the 1960s rolled in, the State of Israel was again planning for war. This time, they coveted the Syrian Golan Heights. Again, though it took several years, Israel was able to engage in a war that left the Golan Heights in its hands.

While the Zionists celebrated UN resolution 181 and rightfully saw it as a diplomatic victory, it was not enough. The Zionists wanted more. And indeed, by 1949, they had almost 80% of Palestine in their hands, with the vast majority of Palestinians out. But that was not enough. As early as the 1950s, my father who was then a young Lieutenant Colonel, said in a speech in front of American Jewish leaders and the Prime Minister of Israel, “The IDF is waiting for the order to push the eastern boundary of Israel to its natural location, the Jordan River.”

In 1967 my father was among the generals who demanded this order be given and then lead the war to make it happen. By 1967 the Zionists had all of historic Palestine in their hands and the single state was the reality in Palestine: it was the State of Israel.


Throughout this time, control of the land was insufficient. Israel needed to deepen its claims to the land, and so all signs of Palestinian history and heritage had to go. Israel went on a campaign to destroy Palestinian historical monuments and cemeteries and anything that might remind people of their rich history. Instead, Israel developed the Zionist myth of a direct link between modern Israel and the ancient tribe of the Hebrews, who lived in Palestine thousands of years ago.

Furthermore, Palestinian existence was seen as a threat to Israel, particularly to its legitimacy. Since its establishment, Israel passed laws that made Palestinian existence all but illegal and impossible. By enacting racist laws and policies, Israel created limits on where Palestinians can live, work, and study, where they may travel, how much water they may receive and what lands they may cultivate.

The world – and particularly Europe – must have suffered from amnesia, because for centuries they were conducting trade with Palestine. Yet somehow after Israel was established, Palestine was forgotten and forsaken, and everyone bought into the Zionist mythology. The legitimacy of Israel and the adherence to Israeli mythology became like a second religion, and no one dared to stray from it for fear of the Zionist wrath.

Anyone who does stray from the Zionist line is immediately attacked with accusations of anti-Semitism and banished, but this is only possible because rather than fight back and resist the Zionist bullying, people bow their heads and let themselves be bullied.

Now, 75 years after that fateful decision by the United Nations, the killing and destruction continue. Israel promotes itself as a “miracle” and a “success story,” but in reality it is a tale of theft and dispossession. Israel claims to be a story of a nation reborn, but it is in fact a nation destroyed. It claims to have made the desert bloom when, in fact, it stole a blossoming country. Israel asserts it has created a safe haven. But, in reality, it has developed a ruthless apartheid regime that has outdone others in its cruelty and its efficiency.

As we look back at the last 75 years it is clear that the United Nations (and especially countries such as Britain, Germany and the United States) are culpable, and must be held accountable for the terrible crimes they supported – and continue to fully support – against the Palestinian people.


We need to look at the history of Palestine in order to appreciate its potential future. Commerce, learning, culture, religion, philosophy, architecture, were all part of the legacy of this land and its people, as was tolerance. The current chapter of Palestine is marked by pain, suffering and racism, and hopefully, it will end soon. With any luck, when Palestine is liberated and its people are free to enjoy its wonders and live free, the chapter known as “Israel” will be remembered as a short, sad chapter.