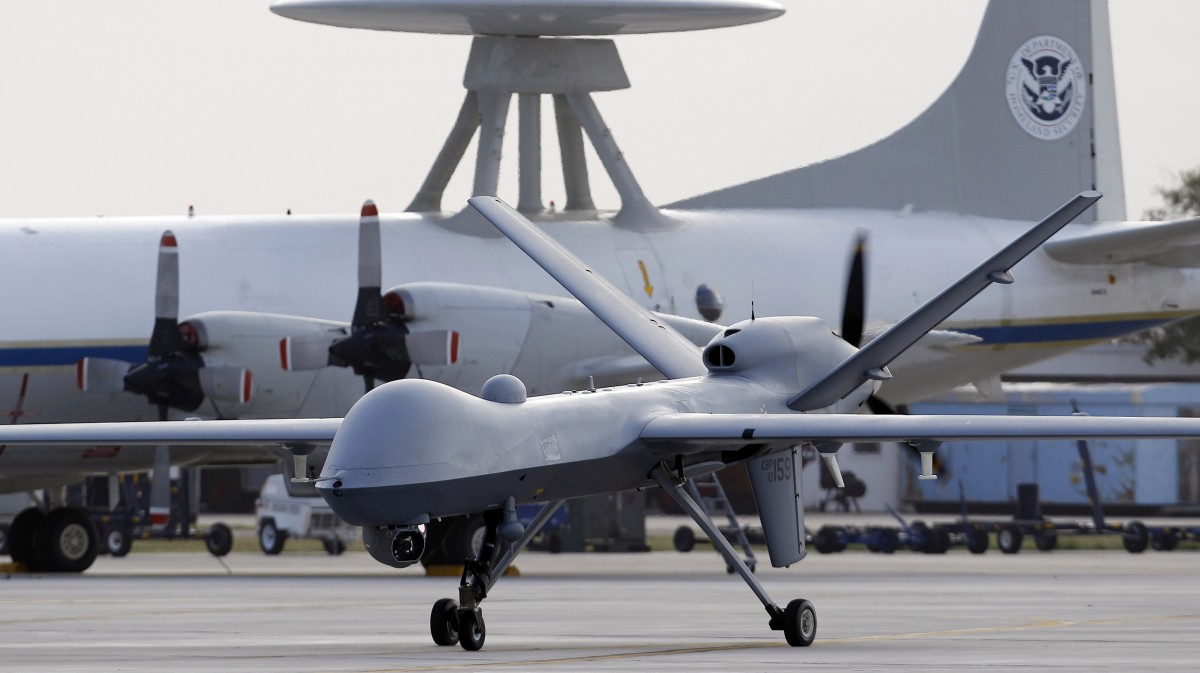 A UN counter-terrorism expert has published the second report of his year-long investigation into drone strikes, highlighting 30 strikes where civilians are reported to have been killed.

The report, by British lawyer Ben Emmerson QC, identifies 30 attacks between 2006 and 2013 that show sufficient indications of civilian deaths to demand a ‘public explanation of the circumstances and the justification for the use of deadly force’ under international law.

Britain and the US conduct strikes as part of the armed conflict in Afghanistan, and the US also conducts covert strikes in Pakistan, Yemen and Somalia.

Although Israel has never officially acknowledged using armed drones, Emmerson met with Israeli officials in the course of preparing his report and lists seven attacks in Gaza among those requiring investigation.

This report expands on an argument for the legal obligation for states to investigate and account for credible claims of civilian casualties, which Emmerson first laid out in his previous report, presented to the UN General Assembly in October.

He writes: ‘in any case in which there have been, or appear to have been, civilian casualties that were not anticipated when the attack was planned, the State responsible is under an obligation to conduct a prompt, independent and impartial fact-finding inquiry and to provide a detailed public explanation of the results.’

A February 2010 attack in Afghanistan serves as a ‘benchmark’ of the kind of disclosure that should follow claims of civilian casualties.

After a US drone attack on a convoy of trucks reportedly killed up to 23 civilians, the International Security Assistance Force (Isaf), which runs international operations in Afghanistan, partially declassified the findings of its internal investigation. Emmerson writes that this report strongly criticised the crew’s actions and revealed ‘a propensity to “kinetic activity” [lethal action]‘.

This level of transparency is rare.

The most recent incident featured in Emmerson’s report is a December 2013 attack that hit a wedding procession near Rada’a in Yemen, killing at least 12. Multiple sources have identified numerous civilian casualties among the dead, including a Human Rights Watch investigation published last week.

Three unnamed US officials told Associated Press after the publication of Human Rights Watch’s report that an internal investigation had found only alleged militants were killed – but no results of this investigation have yet been officially released.

Information is particularly scarce for activity in Somalia, Emmerson notes. The only strike from the country in the report is the February 2012 strike that killed former British citizen Mohamed Sakr, whose case the Bureau has reported on as part of its investigation into the British government’s deprivation of citizenship.

Neither the US nor the UK routinely publish details of their drone operations. The UK states that it has killed civilians in only one incident in Afghanistan, a March 2011 strike that killed four civilians.

The US has repeatedly dismissed the Bureau’s estimate that at least 400 civilians have died in Pakistan drone strikes as ‘ludicrous’; the CIA director John Brennan has said that claims of high civilian casualties amount to ‘disinformation’.

Emmerson notes that operations that kill civilians are not necessarily illegal under international law, but states have a duty of transparency where there are credible allegations of non-combatants being harmed.

The report does not take a position on the legality of drone strikes away from the battlefield, but says there is an ‘urgent and imperative need’ for international agreement on the legal arguments advanced in favour of covert lethal action.

The US has argued that its strikes are legal on two grounds: they are legitimate acts of self-defence against an imminent threat, and they are part of an armed conflict against an enemy, al Qaeda, and its ‘associated forces’. Emmerson asks a series of questions – about the thresholds for action in self-defence, the definition of ‘imminent’ threat, al Qaeda’s current state, and more – on which he says the international community must reach consensus.

Last week the European Parliament voted 534 to 49 in favour of a motion calling on the EU to develop a ‘common position’ on drone strikes and other targeted killings.

To date, Europe has remained largely silent on the issue, but the motion expressed ’grave concern’ over drone strikes ‘outside the international legal framework’ and called on member states not to ‘facilitate such killings by other states’.

The UK has refused to clarify whether it shares intelligence with the US that could lead to drone strikes in Pakistan; in January the Court of Appeal ruled that any attempt to force the government to disclose such information could endanger international relations. In December, Emmerson told a meeting in parliament that such intelligence-sharing is ‘inevitable’ owing to the closeness of the relationship between the US and UK. ‘It would be absurd if it were not the case,’ he added.