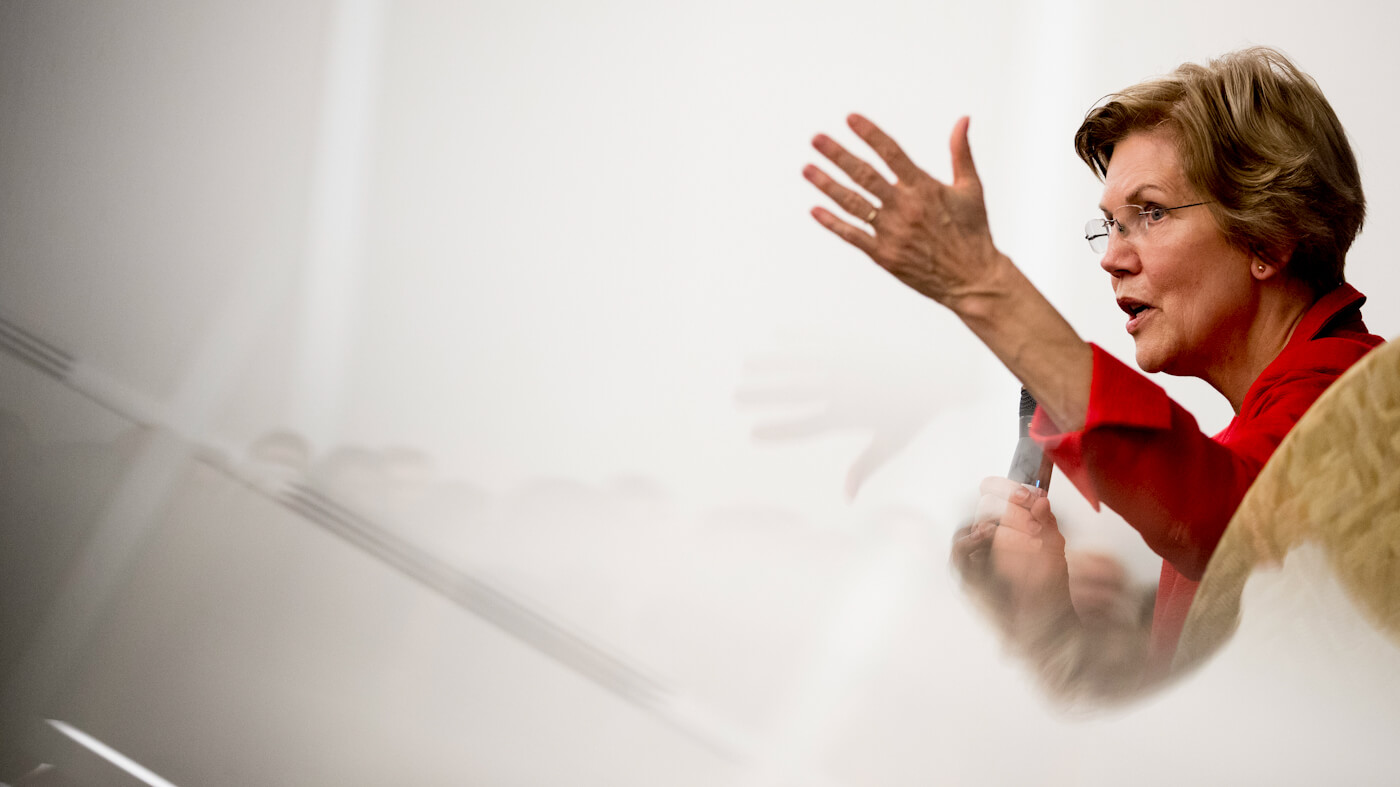 Illustrating that the exception only proves the rule, Rep. Tulsi Gabbard stood virtually alone, tweeting: “The United States needs to stay out of Venezuela. Let the Venezuelan people determine their future. We don’t want other countries to choose our leaders — so we have to stop trying to choose theirs.”

WASHINGTON (Analysis) — Nothing unites the D.C. blob like a good old coup d’état. The only other times, it seems, that Donald Trump is given a break by “the resistance” is when he acts “presidential” — i.e., orders military aggression, as we saw with Syria.

As veteran journalist Dan Rather put it at the time:

The number of members of the press who have lauded the actions last night as ‘presidential’ is concerning. War must never be considered a public relations operation. It is not a way for an Administration to gain a narrative. It is a step into a dangerous unknown and its full impact is impossible to predict, especially in the immediate wake of the first strike.”

Now, it has been more than a month since the Trump administration worked with Juan Guaido to orchestrate a declaration of his presidency in Venezuela, and the coup attempt has received the endorsement of a likely backer: former Secretary of State Hillary Clinton. While Clinton’s warmongering surprises no one, it is worth examining the statements of others in her political orbit.

MintPress News previously covered the remarks of the “socialists” in Congress — Sen. Bernie Sanders (I-VT) and Rep. Alexandria Ocasio-Cortez (D-NY) — about Venezuela, in which the former called on Venezuela to accept alleged humanitarian aid from the United States and the latter called out the “failure of democracy” in the country.

As Lawrence Korb put it: “We all think the dictator must go; the question is what’s the best way to do it.” Korb is a senior fellow at the pro-Clinton, UAE-funded comms shop Center for American Progress (CAP). Kelly Magsamen, CAP’s Vice President, National Security and International Policy, recently deleted a tweet in which she defended Elliott Abrams as a civil servant who is a “fierce advocate for human rights and democracy.”

That CAP flack who deleted her tweet downplaying genocide & whitewashing Elliot Abrams to counter Rep. Ilhan Omar's grilling previously said the term "neocon" was anti-Semitic to deflect from a joint CAP report with a think tank that uses the term openly. https://t.co/RnAHxf6P1T pic.twitter.com/LOt1OWemxN

Abrams, as MintPress News continues to note, was recently appointed as United States Special Representative for Venezuela and was previously involved in a $27 million plot to arm right-wing South American contras.

Magsamen claimed Abrams made “professional mistakes.” She added that “we all have a lot of work to do together in Venezuela. We share goals.”

Deleted my previous tweet which people understandably felt was glossing over horrific incidents and history, which was definitely NOT my intent. I stand by the fact that Elliott Abrams is not the caricature many believe, but I apologize for what I can see caused hurt.

While Clinton’s camp is firmly Never-Trump-Except-in-Cases-of-Regime-Change, she — God help us — is not running for president, currently. The Democrats who have declared their candidacies, however, do not differ much in their rhetoric on Venezuela, with rare exception.

Since there is only one Democratic candidate who has made a forceful statement against the coup, let’s start with Rep. Tulsi Gabbard (D-HI), who was among the first to respond, tweeting “The United States needs to stay out of Venezuela. Let the Venezuelan people determine their future. We don’t want other countries to choose our leaders — so we have to stop trying to choose theirs.”

Sen. Kirsten Gillibrand (D-NY), who has thrown her hat in the ring for 2020, condemned Maduro’s “corrupt reign” and repeated the bald-faced lie that Juan Guaido “was legitimately elected,” via a statement through her spokeswoman, Meredith Kelly, to the Huffington Post.

Sen. Elizabeth Warren (D-MA) said, “The Venezuelan people deserve free and fair elections, an economy that works, and the ability to live without fear of violence from their own government.”

Pete Buttigieg — a little-known contender who is the mayor of South Bend, Indiana — also called for “free and fair elections.”

Bernie Sanders has done the same and, as MintPress News recently reported, thrown his weight behind demands that Maduro bend to U.S. demands that he accept “humanitarian aid,” which the government of Venezuela believes to be a trojan horse.

The people of Venezuela are enduring a serious humanitarian crisis. The Maduro government must put the needs of its people first, allow humanitarian aid into the country, and refrain from violence against protesters.

In response to a request for comment from the Huffington Post, Sen. Cory Booker (D-NJ), who is yet another 2020 Democrat contender, merely said: “Maduro is alarming to me on many levels.”

Sen. Amy Klobuchar (D-MN) told the outlet “I support the people of Venezuela standing up against Maduro, installing a new leader, and restoring democracy in Venezuela.”

Sen. Kamala Harris (D-CA) and former Obama official and San Antonio Mayor Julián Castro, both of whom are running, did not respond to the Huffington Post’s request for comment, though clues exist as to their positions.

“President Maduro consistently violates the basic human rights of the people he governs and must be held accountable,” he added.

Top Photo | Sen. Elizabeth Warren, D-Mass., answers a question from the audience at the American University Washington College of Law in Washington, after delivering a speech on her foreign policy vision for the country, Nov. 29, 2018. Andrew Harnik | AP