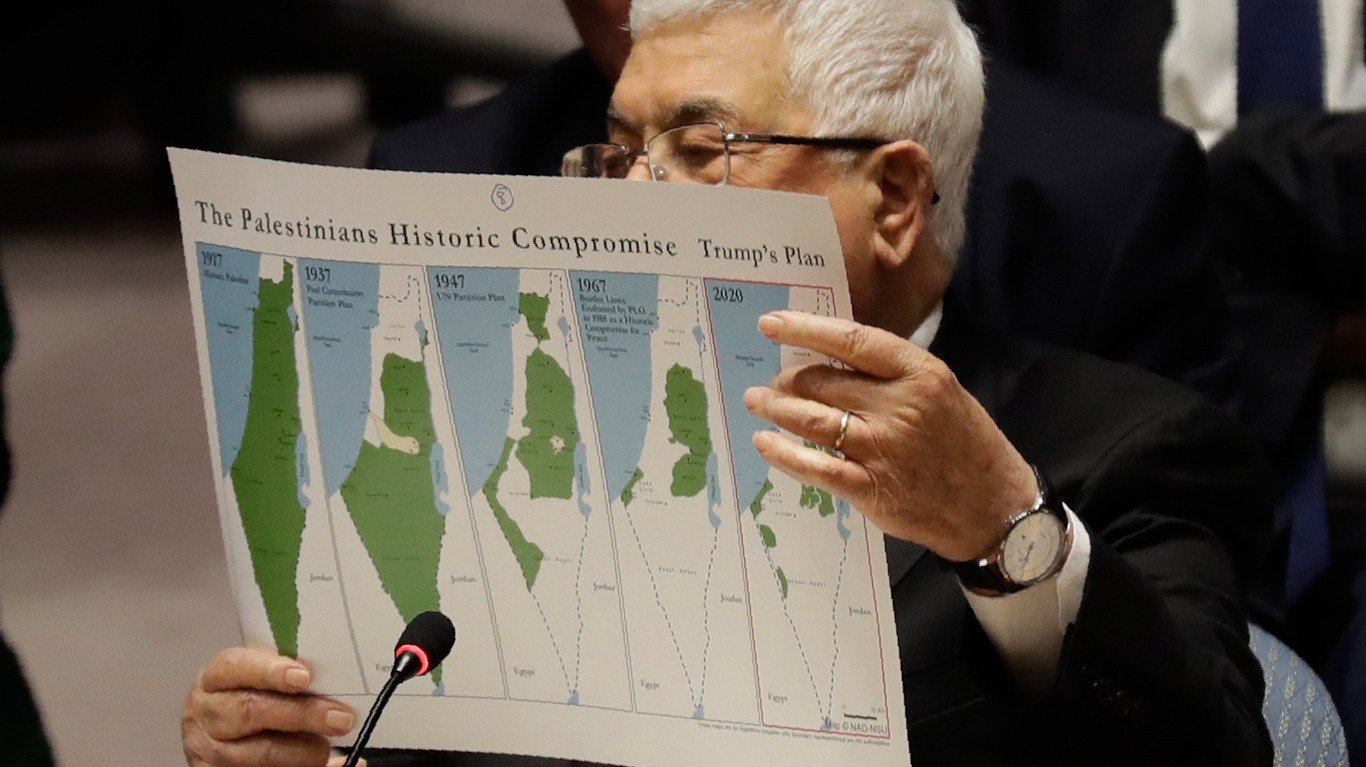 A precious moment has been squandered, as Palestinian Authority President, Mahmoud Abbas, had the chance to right a historical wrong, by reinstating Palestinian national priorities at the United Nations Security Council on February 11, through a political discourse that is completely independent from Washington and its allies.

For a long time, Abbas has been a hostage to the very language that designated him and his Authority as ‘moderates’ in the eyes of Israel and the West. Despite the Palestinian leader’s outward rejection of the US ‘Deal of the Century’ – which practically renders Palestinian national aspirations null and void – Abbas is keen to maintain his ‘moderate’ credentials for as long as possible.

Certainly, Abbas has given many speeches at the UN in the past and, every single time, he has failed to impress Palestinians. This time, however, things were meant to be different. Not only did Washington disown Abbas and the PA, but it also scrapped its own political discourse on peace and the two-state solution altogether. More, the Trump administration has now officially given its blessing to Israel to annex nearly a third of the West Bank, taking Jerusalem ‘off the table’ and discarding the right of return for Palestinian refugees.

Instead of directly meeting with leaders of the various Palestinian political parties and taking tangible steps to reactivate dormant but central political institutions such as the Palestinian National Council (PNC) and the Palestine Liberation Organization (PLO), Abbas preferred to meet with former Israeli right-wing Prime Minister, Ehud Olmert, in New York, and to carry on regurgitating his commitment to a by-gone era.

In his UN speech, Abbas said nothing new which, in this instance, is worse than not saying anything at all.

“This is the outcome of the project that has been introduced to us,” Abbas said, while holding a map of what a Palestinian state would look like under Donald Trump’s ‘Deal of the Century’. “And this is the state that they are giving to us,” Abbas added, referring to that future state as a ‘Swiss cheese’, meaning a state fragmented by Jewish settlements, bypass-roads and Israeli military zones.

Even the term ‘Swiss cheese’, which was reported in some media as if a new phrase in this ever-redundant discourse, is actually an old coinage that has been referenced repeatedly by the Palestinian leadership itself, starting with the onset of the so-called peace process, a quarter of a century ago.

Abbas labored to appear exceptionally resolute as he emphasized certain words, like when he equated the Israeli occupation with the system of apartheid. His delivery, however, appeared unconvincing, lacking and, at times, pointless.

Abbas spoke of his great ‘surprise’ when Washington declared Jerusalem as Israel’s undivided capital, subsequently relocating its embassy to the occupied city, as if the writing was not already on the wall and that, in fact, the embassy move was one of Trump’s main pledges to Israel even before his inauguration in January 2017.

“And then they cut off financial aid that was given to us,” Abbas said in a lamenting voice with reference to the US decision to withhold its aid to the PA in August 2018. “$840 million are held from us,” he said. “I don’t know who is giving Trump such horrid advice. Trump is not like this. Trump that I know is not like this,” Abbas exclaimed in a strange interjection as if to send a message to the Trump administration that the PA still has faith in the US President’s judgement.

“I would like to remind everyone that we have participated in the Madrid peace conference, and the Washington negotiations and the Oslo agreement and the Annapolis summit on the basis of international law,” Abbas recounted, signaling that he remains committed to the very political agenda that reaped the Palestinian people no political rewards whatsoever.

Abbas then went on to paint an imagined reality, where his Authority is supposedly building the “national institutions of a law-abiding, modern and democratic state that is constructed on the basis of international values; one that is predicated on transparency, accountability and fighting corruption.”

“Yes,” Abbas emphasized, as he looked at his audience with theatrical seriousness, “We are one of the most important countries (in the world) that is fighting corruption.” The PA leader, then, called on the Security Council to send a commission to investigate allegations of corruption within the PA, a bewildering and unnecessary invitation, considering that it is the Palestinian leadership that should be making demands on the international community to help enforce international law and end the Israeli occupation.

It went on like this, where Abbas vacillated between reading pre-written remarks that introduce no new ideas or strategies and unnecessary rants that reflect the PA’s political bankruptcy and Abbas’ own lack of imagination.

The PA President, of course, made sure to offer his habitual condemnation of Palestinian ‘terrorism’ by promising that Palestinians would not “resort to violence and terrorism regardless of the act of aggression against us.” He assured his audience that his Authority believes in “peace and fighting violence.” Without elaborating, Abbas declared his intention of continuing on the path of “popular and peaceful resistance,” which, in fact, does not exist in any shape or form.

This time around, Abbas’ speech at the UN was particularly inappropriate. Indeed, it was a failure in every possible way. The least, the Palestinian leader could have done is to articulate a powerful and collective Palestinian political discourse. Instead, his statement was merely a sad homage to his own legacy, one that is riddled with disappointments and ineptitude.

Expectedly, Abbas returned to Ramallah to greet his cheering supporters once more, who are always ready and waiting to raise posters of the aging leader, as if his UN speech had succeeded in fundamentally shifting international political momentum in favor of Palestinians.

It has to be said that the real danger in the ‘Deal of the Century’ is not the actual stipulations of that sinister plan, but the fact that the Palestinian leadership is likely to find a way to co-exist with it, at the expense of the oppressed Palestinian people, as long as donors’ money continues to flow and as long as Abbas continues to call himself a president.